Roma ladrona: Rome thieves from the nation. Such is the old slogan of the Northern League, the far-right party famous for its attacks on the decay and deceit of Italy’s national government. When the country first entered lockdown in early March, the League and its leader, Matteo Salvini, commanded over 30 per cent of the vote. But the sentiment of the slogan is nearly universal. The Italian state, in the eyes of its citizens, is a broken machine, leaking and spluttering as it moves. Who can trust those crooks in the capital? “Roma fa schifo” – Rome sucks.

As with all things, coronavirus has radically upended this reputation. Virtually overnight, Italians have shifted from dismissive cynicism of their national government to a blind and trusting devotion. Between February and March, approval of Prime Minister Giuseppe Conte swung from 44 per cent to over 70, even as his government moved to shut down the country and shut in its residents. Few asked about democratic process; fewer still questioned the status of their basic civil liberties. Full faith was suddenly invested in Conte, a political figure who first rose to international fame for fabricating key elements of his CV.

Matteo Salvini, for his part, has largely vanished from the scene. One week into lockdown, on 16 March, a photo of Salvini and his girlfriend walking through Rome appeared in the tabloids, drawing ire from across the country. Since then, Salvini, the League and their standard broadsides against the Italian state have gone silent.

It would seem, then, that coronavirus has offered a vaccine for Italy’s particularly virulent strain of anti-system politics. The tolerance for “post-truth” propaganda has been displaced by the pursuit of hard facts. The appetite for street-level theatrics has been displaced by a sober search for clear instructions. Some hail it as a new age of experts in Italy; others warn of an extended state of emergency, with democratic procedure as its primary casualty. 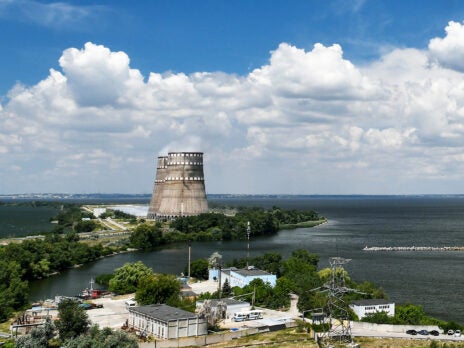 The truth is that, like coronavirus itself, it is only a matter of time before Italy’s populists sweep back through the country. Different types of crises produce very different political outcomes. A medical crisis may expand the powers of the state and instantiate its legitimate use of force in the eyes of its citizens. But the prolonged economic crisis that is certain to follow this period will create new sources of resentment and distributional conflict that are ripe for populist mobilisation.

In Italy as elsewhere, coronavirus has buttressed the democratic state because its effects are equalising: we are all mortally vulnerable to an invisible virus. But the medium-term economic consequences of the epidemic will amplify inequalities, not reduce them: the north of the country will resume its lucrative production, while the south of the country will suffer a lost season in its tourism industry, if not more. In short, the old wounds will rip open again – the very same ones that parties such as the League have exploited for decades en route to power.

La Lega non perdona: the League does not forgive. Such is the second half of the party’s famous slogan. Coronavirus may have suspended the party’s assault on the state; indeed, it may have driven a deep and enduring demand for competent governance in Italy. But the road to economic recovery will be very, very long. And when the lockdown ends – when the streets fill up, and Italian society begins to breathe again – you can be sure that Italian politics, in all its colours, will also return from its present hibernation.

Read the rest of the “The state transformed” series here

This article appears in the 25 Mar 2020 issue of the New Statesman, The crisis chancellor

David Adler is a political economist and the general coordinator of Progressive International an organisation that unites and mobilises progressives around the world.