In a historic election result, liberal candidate Moon Jae-in has become the new President of South Korea, winning over 41% of the vote in a landslide victory with a turnout of 77.2% – the highest in 20 years.

The new President arrives in office at a pivotal time in South Korean history, following the impeachment of former President Park Geun-hye. Trust in politics is low and economic reform, including the break up the chaebols (big corporations such as Samsung and Hyundai), is high on the agenda.

Since Ms Park was forced from office in March following massive protests in a corruption scandal, South Korea has been left with an interim President at a time of huge national importance. Rising regional tensions, the sudden change of US policy led by the election of President Trump and China’s vehement opposition to South Korea’s recent installation of a US-backed missile defence system (THAAD) means that Moon has no shortage of big issues to tackle.

Yet despite huge tensions over North Korea and even the talk of thermo-nuclear war, for many North Korea’s perennial threats have become a normal part of daily life. Moon wants to reverse 9 years of Conservative dominance and seek a new path with North Korea’s leadership. 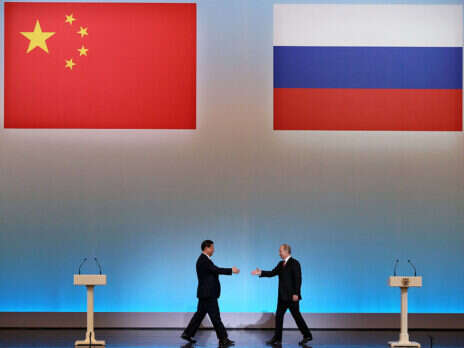 The perils of autocracy 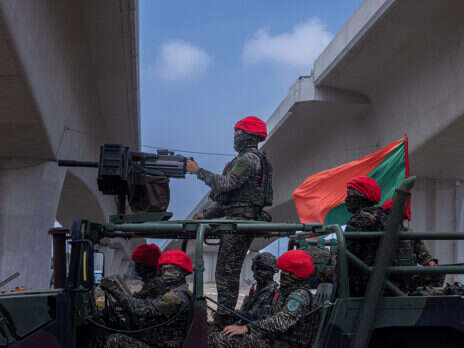 The crisis around Taiwan is only just beginning

Moon has been vocal about improving dialogue with Pyongyang. He has criticised former Presidents Park Geun-hye and Lee Myung-bak for their hardline stance on North Korea, claiming that they did nothing to halt the regime’s weapons program. He is a subscriber to the “Sunshine Policy”, named after Aesop’s Fable about whether the sun or wind could take off a traveller’s cloak. This policy famously led to the first ever talks between the North and South Korean Presidents, with former President Kim Dae-jung winning the Nobel Peace Prize. In a recent election debate, Moon supported diplomatic talks stating:

“I am confident to lead the diplomatic efforts involving multiple parties, which will lead to the complete abandonment of the North Korean nuclear program, and bring the relationship between South and North to peace, economic cooperation and mutual prosperity.”

The new President also supports pursuing peaceful cultural and sports engagement with the North, calling for new talks and potentially re-opening the Kaesong Industrial Zone, the flag-ship joint economic project which was the result of previous attempts to engage with North Korea. This was closed by former President Park in February 2016 at a protest over Kim Jong-un’s missile program.

Moon’s stance was strongly opposed by his conservative rival Hong Joon-pyo. A key feature of Hong’s campaign was calling out Moon for being weak on North Korea.

He is a veteran of Korean politics and is certainly not an establishment outsider. The eldest son of a refugee from North Korea, he was chief of staff to the former liberal president Roh Moo Hyun. The fascinating thing to observe will be Moon’s relationship with President Trump, who has made clear his tough stance on North Korea. Moon will be understandably desperate to ensure he has a voice in any decision made by Trump on the Korean peninsula, which may lean towards a pragmatic US-Korea relationship, despite significant differences. One thing is for certain: Korea is not going to be out of the headlines anytime soon.

Jack Hands is a writer and researcher who was formerly living in South Korea. He has contributed to The Guardian, The Diplomat, Sky News and Arirang TV discussing Korean affairs. Jack sits on the Executive Committee of the British Korea Society.