In January the Atlantic Council, a think tank based in Washington, DC, published a report entitled The Longer Telegram. Modelled after the 8,000-word telegram that George Kennan sent the State Department in 1946 from and about the Soviet Union, this report declared, “The single most important challenge facing the United States and the democratic world in the 21st century is the rise of an increasingly authoritarian China under Xi Jinping”, and set about describing a US strategy.

India is mentioned no fewer than 19 times. India, the report says, needs to be induced “to abandon its final political and strategic reservations against” a fully operationalised Quad (the strategic partnership established between the US, India, Japan and Australia). The US, China, and India should have trilateral talks on climate change, the report stated. Chinese strategy towards India will be uncertain. A US coalition to deal with China must ultimately include India. And so on.

The Atlantic Council is one of many organisations in Washington to suggest that the United States should partner with India to counter China. The Center for a New American Security, another DC think tank, has launched an Indo-Pacific Security Program, and in February held a virtual event on “India, China, and the Quad: The Future of US Strategy in the Indo-Pacific”. In March, US defence secretary Lloyd Austin stopped off in India on his first international trip. At secretary of state Antony Blinken’s confirmation hearing, he was asked by Senator Mitt Romney of Utah how the US can strengthen its ties with India. “I think India has been very much a bipartisan success story over successive administrations,” Blinken said, noting the Indo-Pacific and climate change as two particular areas of potential cooperation.

[see also: The rise of the Indo-Pacific] 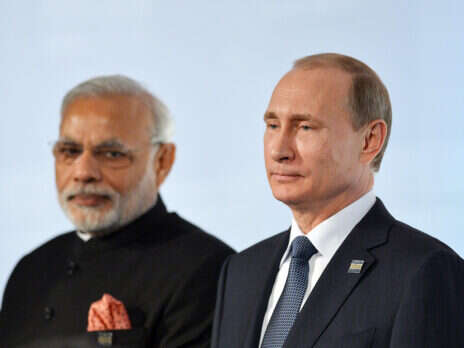 US rail workers get closer to a deal, and what they deserve

There is, then, an emerging consensus in Washington that the United States and India need to partner together.

But what, given India’s other partnerships and domestic situations, does that look like in practice?

The short version is that New Delhi also understands that it has to work with Washington.

“Most people accept it as inevitable,” said Rajesh Rajagopalan, a professor of international politics at Jawaharlal Nehru University. That doesn’t mean it’s a particularly popular idea. But there is a sense that India has tried to reach out to and work with China, and, even so, 20 Indian troops were killed by Chinese forces in a disputed Himalayan region last year. “What China is doing is seen as some kind of betrayal.”

Relations between the United States and India have been slowly, steadily warming since at least the mid-2000s, when the two signed the US-India Civil Nuclear Agreement. India has always been pointedly non-aligned, but was close to the Soviet Union and then Russia, which still provides a reported 60 per cent of India’s defence supplies. Certainly, China is not the only reason for the growth of the US-India relationship; personal ties and immigration from India to the United States have unquestionably brought the two countries closer together. Still, China has helped.

“I do not think, particularly on the defence and security side, you would have seen India and the US engage at the level they are without shared concerns about the challenges a rising China’s behaviour is posing,” said Tanvi Madan, senior fellow at the Brookings Institution.

“They don’t have an identical view, but they have enough convergence,” Madan said. “It gives both countries the incentive to manage differences.”

Those differences, however, will continue to exist.

There’s Russia, for one. Moscow may have not done the India-Russia relationship any favours by getting as close as it has to Beijing, but, as a matter of principle, India will not have its relationships dictated by the United States. And on a practical level, “You can’t unwind trillions of dollars of front-line equipment that come from Russia,” said Vipin Narang, an associate professor of political science at the Massachusetts Institute of Technology. “You need spare parts for that, you need maintenance for that.”

US understanding of this dynamic will be tested when the first missile batteries of the S-400 missile defence system India is purchasing from Russia arrive later this year. Austin reportedly already raised concerns over the purchase. Under the Countering America’s Adversaries Through Sanctions Act, the United States could sanction India over the purchase. India is expected to get a waiver, but if it doesn’t, any sanctions would in all likelihood create a significant rupture.

There’s also the matter of the Indian strategic community, some parts of which are sceptical about how closely to work with the United States. Earlier this month, the USS John Paul Jones entered India’s Exclusive Economic Zone. The United States regularly conducts such exercises, but this one created a furore in the media.

The “strategic empathy” that existed in the historic relationship between India and the Soviet Union, inherited by India and Russia, doesn’t exist to the same extent between India and the United States, Rajagopalan said. There is “far more likely to be strong reaction to things that the United States does that are seen as not favourable to India”, he said. The ship was one such example.

The matter of human rights and democracy is another. Biden has suggested bringing together a global summit of democracies. But such a summit could raise questions about India’s democratic fundamentals, an issue being thrown into starker relief as the country struggles with record-high cases of Covid while Prime Minister Narendra Modi continues to hold political rallies. For that matter, it could raise questions about the state of democracy in America, too.

“For Biden, it’s not a winning hand, especially for Democrats in Congress, to paint it as an alliance of democracies,” Narang said. “If this is about China, let’s just say it’s about China.”

The catch, though, is that for a closer US-India partnership to last, the relationship can’t only be about China.

It is “not healthy for any relationship to depend on just one pillar”, Madan, author of Fateful Triangle: How China Shaped US-India Relations During the Cold War, said.

There are convergences between India and the United States on China, but divergences, too. And if the relationship is all about China and Indian-US cooperation in the Indo-Pacific, then those differences could make or break the relationship. If you have, as Madan put it, “just one pillar bearing all the weight”, that pillar can only bend so far before it breaks.