No man is an island, entire of itself; every man is a piece of the continent, a part of the main.” So said John Donne in “Meditation 17”, one of the essays he wrote while recovering from a serious illness in the winter of 1623. But it could apply to the winter of 2020, or, indeed, any other time during the past 12 months. It is the story of this year.

I had a relatively good 2020. I completed a research fellowship in India; I came home to Washington, DC to start my new position as US editor for the New Statesman; I published my first book (The Influence of George Soros: Politics, ­Power, and the Struggle for an Open ­Society); I got married; we bought a flat. Personally and professionally, it was the luckiest year of my life.

And it was still, indisputably, a bad year, full of collective pain, fear, needless ­suffering and uncertainty.

The uncertainty, however, pre-dated the pandemic’s global spread. In January the Iranian general Qasem Soleimani was killed by a US air strike. The assassination left the rest of the world questioning what would come next and whether the US had started a war. The event could easily have escalated into an armed conflict had the world not been quickly consumed by Covid-19. 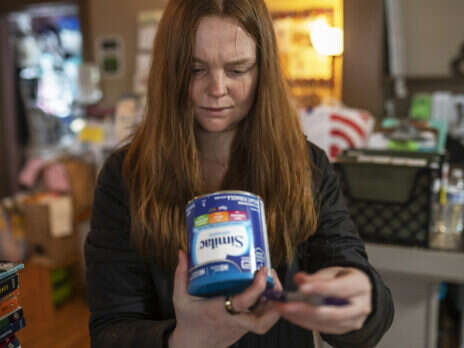 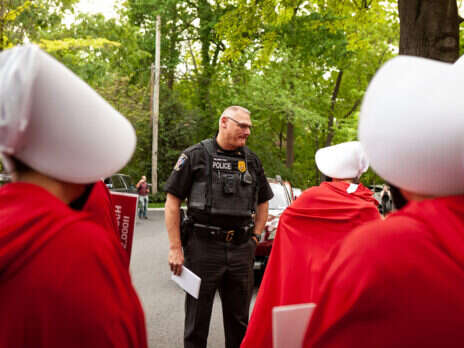 The protesters demonstrating to protect Roe vs Wade should be respected, not vilified 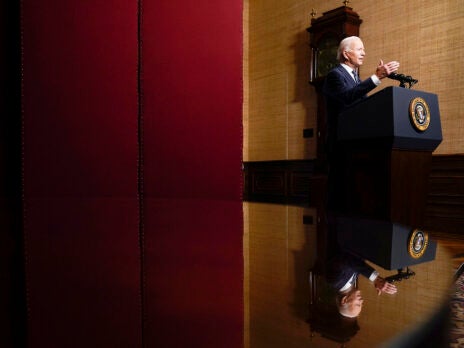 The Democrats are in power – so why are they so powerless?

When the first cases of Covid-19 were reported in the US in mid-January, Donald Trump spent days, then weeks, then months denying there was a problem. He banned travel from Europe after the virus was already in the country. He fought with state politicians, such as Gretchen Whitmer, the governor of Michigan, as they tried to implement measures to keep people safe. Hospitals filled up. People panicked; toilet paper and hand sanitiser sold out. Political discontents claimed that being asked to stay at home and wear a mask – actions that could save lives – were oppressive. They likened themselves, unbelievably, to the victims of Adolf Hitler.

The US has not so much had waves of Covid-19, but rather one wave that has been calmer or choppier depending on where (and who) you are. On 15 April the US hit its spring peak when 2,752 deaths from Covid-19 were recorded. In its enduring wisdom, the government has left it up to the people to decide for themselves how they should behave. It has not gone well. In November, millions of Americans chose to travel across the country to celebrate Thanksgiving; American football games were played on the same day. We have come to live in Nietzsche’s “eternal recurrence”, an endless cycle of death and distraction.

The only time the pandemic receded from our minds, if briefly, was in the days immediately before and after the presidential election on 3 November. During the campaign, Trump presented Covid-19 to his supporters as an existential battle about their liberties, and warned that Joe Biden wanted to strip them of everything they hold dear. That the ­president continued to hold mass rallies, which one study linked to more than 700 deaths from Covid-19, suggests that Trump did not hold his supporters’ health in particularly high regard. Instead, there he was, dancing to “YMCA” on the stage before them.

Biden won the election, but Trump has refused to admit defeat. When Biden is inaugurated in January, there will be millions of Americans who believe the election was rigged and that they have been robbed of four more years of “America First”.

If this year has shown us anything, it is how scary, dangerous and disorienting things can become when leaders ignore their responsibility to serve the commonweal, and when individuals disregard the summum bonum. The Black Lives Matter protests across the US and the world were a bracing reminder of the symbolic and political power of collective action. But inequalities run deep in the republic; in 1797 Thomas Paine wrote that “the contrast of affluence and wretchedness continually meeting and offending the eye, is like dead and living bodies chained together”.

Not much has changed. Before the Nov-ember election, Michelle Obama posted a video on social media. It was more than 20 minutes long, and was, the title told us, her “closing argument”. Around 17 minutes in, the former first lady began speaking about her experience in the US as a black woman, and the pain that comes from knowing that some Americans are more afraid of her, and those that look like her, than the incessant chaos of the Trump presidency.

“So, I want to appeal for some empathy here too,” she said. “I want everyone who is still undecided to think about all those folks like me and my ancestors, the moms and dads who worked their fingers to the bone to raise their kids right, the teenagers who wear hoodies while working hard to get their diplomas, the millions of folks who look like me and fought and died and toiled as slaves and soldiers and labourers to help build this country. Put yourselves in our shoes for just a moment.”

I stopped the video, doubting the political import or influence of empathy. I caught myself thinking that and felt ashamed. I wondered at what point I’d become so cynical. I wondered what that cynicism was doing to me, and to all the cynics around me. It was only later that it occurred to me that Michelle Obama was right. That empathy – or at least compassion – for one another, in the years to come, is the only way back from this period of darkness. Even in a year of physical distance, we cannot ­discount or vilipend one another’s pain. Or, at least, we should not. And so, if the events of 2020 have taught us anything (they have certainly taught me), it is the virtue of empathy.

“Any man’s death diminishes me, because I am involved in mankind,” John Donne wrote. “And therefore never send to know for whom the bell tolls; it tolls for thee.” Words to live by in 2021.

[see also: Donald Trump is like a twisted Father Christmas: he can make all his lies come true]

@emilyctamkin
Emily Tamkin is US editor of the New Statesman.