All mass graves are not the same, and the hundreds of pits behind Issa Haroudah’s farmhouse outside of Tarhuna, about an hour’s drive south of Tripoli, are distinctive because of their orderliness. They stretch like a marker-less cemetery across his land, between his almond groves.

The men who carved this atrocity into the fine red Libyan sand did not rush. Some of the graves contain single bodies, others families. There are signs of torture on the corpses and some have been bound and blindfolded.

“We have discovered 167 bodies in my own farm,” Haroudah told me. “The gang took advantage of it after I had been displaced from the city. It has my family, my friends and my relatives. They have all been buried in the same grave,” he said.

I stood over one that had been meticulously excavated, four red flags marking out individual human shapes, knotted together. The dryness of the soil meant the bodies were largely intact. The forms and the precision of the digging brought to mind the frozen corpses of Pompei. And here, too, some of the dead may have been buried alive. I wondered, did the killers even need the cover of darkness to hide their crimes? 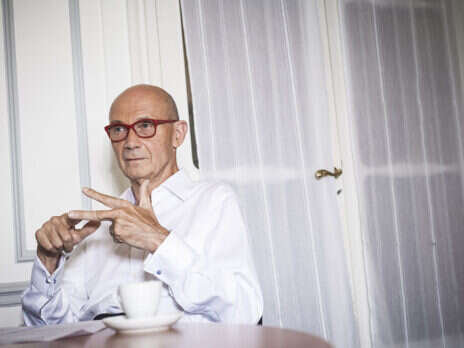 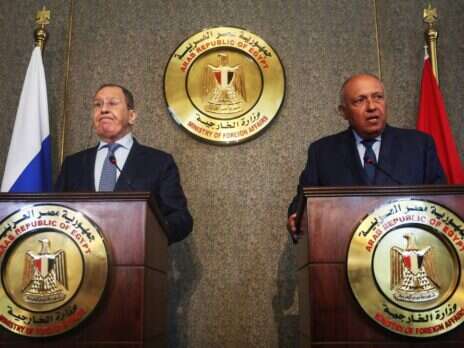 Libya’s story since the fall of Muammar al-Gaddafi in 2011 has been the rise of the militias and civil war. In Tarhuna the local warlords were the seven al-Kani brothers. They were mercurial, ultimately supporting General Khalifa Haftar’s Libyan Arab Armed Forces in its bid to unseat the UN-backed government in Tripoli in 2019. But they chose the wrong side, and when the government routed General Haftar’s brigades in the summer of 2020, the Kani brothers fled town and their crimes were revealed.

“The Kani brothers have worked with everyone,” said Tarek Megerisi of the European Council on Foreign Relations. “And I think the reason why what they did was so unhurried is because there’s a belief that no matter what happens, the Kanis will be local kings of Tarhuna.”

Tarhuna, he said, has “become a symbol for kind of the depravity of what’s gone on over the last few years. I think the story often is how Libya and Libyans and Libyan politicians are always subservient to whoever holds the power. So, a local power holder is always king and he can’t be challenged and he will always be co-opted.”

The surviving members of the Kani clan, now on EU and US sanctions lists, are thought to be hiding out in the east of the country.

Tarhuna was used by General Haftar as a site from which to launch attacks on the capital. Backed by the UAE, Russia, Egypt and France, his lightning strike on the capital stalled. It ended last summer after Turkey intervened militarily on the side of the Tripoli government, sending half a dozen frigates to Libya’s coast, and importing as many as 13,000 fighters from Syria.

A former British ambassador to Turkey, and later to the US, Peter Westmacott, said what many have not: that Turkey “has made a big difference in Libya. You could even argue that Turkish military intervention has stopped a civil war, by supporting the internationally recognised government of Libya,” he told the Atlantic Council.

A ceasefire was declared in October 2020 and a UN-led political effort has resulted in a new unified government, which is meant to serve only until elections are held on 24 December this year.

The further you travel from Tarhuna, or the closer you get to Tripoli, the reality of the civil war seems to evaporate, at least in the minds of those high on the promise of a new Libya.

The battle damage is still evident on the roads: houses pockmarked by rounds, or destroyed entirely, and then, just outside the capital, posters of the French president Emmanuel Macron portraying him as a pig. But arrive in Tripoli and you find that France – which backed General Haftar over the years – has reopened its embassy.

“Isn’t it amazing that this is actually happening,” said an excited Italian diplomat, as we waited for a news conference to begin at the prime minister’s office in mid-March. The foreign ministers from Italy, France and Germany were about to take the stage, with Libya’s own foreign minister, Najla el-Mangoush, hosting. She is one of five women ministers – a first – in the new interim government.

France and Italy had long backed different sides in the civil war, muddling Europe’s response to the Libyan crisis. Now they were playing nicely. Europe, which has for years seen Libya only through the lens of the migrant crisis, or counter-terrorism, now spies opportunity. Libya is again a European wonderland.

In September 2011 David Cameron and Nicolas Sarkozy, the then French president, stood side by side in Benghazi and promised to help build a new democracy in Libya, following the Nato effort that helped topple Gaddafi. And then they all but vanished, as Libya descended into chaos. That, too, seems to have been forgotten. On 6 April both the Italian and Greek prime ministers visited Tripoli, following a visit by the president of the European Council, Charles Michel.

But there is little mention of Turkey, or of General Haftar. Instead, the mood among European diplomats in their Tripoli embassies is universally giddy. The capital feels safer; embassies are reopening. The only bangs I heard at night were fireworks, a change from previous visits. (Although guns were still being fired, militia leaders assassinated, beyond my earshot.) There are power cuts and the devalued dinar has caused a cash crisis. But the capital is functioning. Orange-suited bin men and white-hatted traffic policeman were all busy at work.

General Haftar makes an appearance on the seafront, or at least his poster does. Defaced with a large red cross, it says “No to the war criminal” in black letters. The message comes courtesy of Libya TV staff, and is plastered on buildings along the corniche.

Nearby, at the long queue outside a petrol station, Issa, from Tripoli, was waiting to fill up his car. There are fuel shortages in the capital. Despite having the greatest oil reserves in Africa, and the ninth largest in the world, Libya imports petrol, as its war damaged refineries and a booming black market mean too little makes it to the pumps.

“The elections are what will lead Libya to safety,” Issa said. “We are hopeful. The crisis of the elections is more important than the crisis of electricity and the crisis of liquidity. Most importantly, hopefully the government will not exceed their term. We are used to previous governments exceeding their terms as one and two years turn into four and five years. God willing things will change for the better.”

It is a common sentiment. Libya last had national elections in 2014. The new interim prime minister, Abdul Hamid Dbeibeh, a wealthy political neophyte from the commercial city of Misurata, has committed to the elections on Libyan Independence Day, 24 December. But a senior adviser told me, “it’s not the PM’s responsibility, it’s the responsibility of others parts of the government”, and the House of Representatives appears to be dragging its feet.

There are allegations that Dbeibeh’s supporters bribed voters to secure his position in February 2021. But the international community seems untroubled by this; Dbeibeh is a “deal-maker” they told me.

Dbeibeh’s priorities, the adviser said, were tackling coronavirus, which is rampant in the country, and rebuilding public services. “Some people here are going hungry, others are living in the dark, relying on generators.”

But the international community is getting nervous about the election date slipping. Ján Kubiš, the UN special envoy on Libya, told me: “It is a tight deadline, but it’s not impossible. But of course, again, it starts with all the institutions and authorities of Libya. Either they will deliver what they have to deliver to make it happen [or] they will find pretexts, excuses, not to do it.”

Governments in Libya have a habit of overstaying their mandates. Emadeddin Badi, a senior fellow with the Atlantic Council’s Middle East initiatives, said: “A lot of the politicians are brainstorming how to be accommodated within the structure. And then… how to stay in power. So there’s a clear cognitive dissonance between the people and the elite. And I think that will widen as we approach December.”

Kubiš left our meeting, climbed into his armoured convoy and headed to the airport for a meeting in Benghazi, Libya’s second city, with General Haftar. The situation there also punctures the sense of optimism engulfing Libya’s foreign partners.

While there is relative calm in Tripoli, in Benghazi a chaotic and bloody reordering is taking place. In April 2019 the 77-year-old General Haftar – one-time companion of Gaddafi, one-time CIA asset – had promised swift victory over the west of Libya, with spoils aplenty for the militias that comprise his Libyan Arab Armed Forces. He failed to deliver and the component forces that support his grip on the east of the country are being remade.

During the time I was in Libya, between 19 and 30 March, a dozen bodies were found by a roadside in Benghazi, their hands bound. Mahmoud al-Werfalli, a notorious militia leader wanted by the International Criminal Court, was assassinated. And Haneen al-Abdali, the daughter of a murdered human rights activist, was kidnapped by a militia.

In Tripoli I stood at the hotel window, watching the skies turn dark as a storm swept over the city and out across the sea, heading for Greece. The Mediterranean is savage at this time of year. The 30 miles per hour winds meant that the two monumental flags on the corniche outside the foreign ministry would be in tatters by the morning. It is the kind of scene that causes TV correspondents to turn to their cameraman and say, “We might need a shot of that”.

In the south of Libya, the sky turned yellow as a sandstorm took hold. And still, men, women and children – from Sudan, Eritrea, Somalia, Ethiopia and beyond – who had crossed those deserts, took to rubber inflatable boats and tried to make it to Europe. Some 4,000 of them have been rescued off the Libyan coast since the beginning of the year.

Europe has spent hundreds of millions of pounds attempting to combat the migrant trade, even cooperating with the ever-present militias to stop the flow, and undermining what little there is of the Libyan state. To no avail; people still die by the boatload.

By the time we got round to trying to film the giant, tattered flags, they had been replaced with pristine new versions, ready to face the next storm to hit Libya’s shores.

[see also: The lights that failed]