A little over a year away from the next French presidential election, due in April 2022, attention is already turning to the politicians who may run in opposition to the incumbent, Emmanuel Macron. Owing to the implosion of the traditional two-party system at the 2017 election, when neither major party won a majority in the first round of voting, the field is crowded and divided between five major camps: Macron, far-right leader Marine Le Pen, far-left firebrand Jean-Luc Mélenchon, the centre right, and the centre left, including the Greens.

Macron, Le Pen and Mélenchon are all but certain to be their slates’ candidates. The other parties are expected to decide on their candidates by around the middle of the year, perhaps with voters being invited to vote in primary elections. A crucial question in the months ahead will be whether the centre left and left can decide on a single candidate, without which the left-wing vote will likely remain divided – and the chances of a left-wing candidate making it to the second round low.

Here is an introduction to the main runners and riders in the race to rule the EU’s second-largest economy and its strongest military power.

Macron, 43, France’s current president, was elected in 2017, beating far-right leader Marine Le Pen in the second round of the election with 66 per cent of the vote. Although he campaigned as a candidate “neither of the left nor the right”, since assuming office Macron has governed largely as a right-wing president. As I wrote last July, Macron has tacked right on economics, cutting taxes, hardening rules on pensions, and liberalising labour market laws to the horror of the left. The moniker “Président des riches” has come to stick in some circles.

More recently, he has also taken a distinctly hard-right turn on cultural and identity issues. Macron’s government have supported a law which would make it more difficult to publish videos of on-duty law enforcement officers (thus limiting the evidence available to citizens in the face of horrifying police brutality). In the wake of the murder of a French teacher by an Islamist in October 2020, he proposed a law against “Islamist separatism”, which is due to be examined by the Senate in March.

Most recently, his education minister has announced a probe into the presence at universities of so-called islamo-gauchisme (“Islamo-leftism”), a nebulous term that was until recently the preserve of the far-right, which associates leftist politics with Islamism. 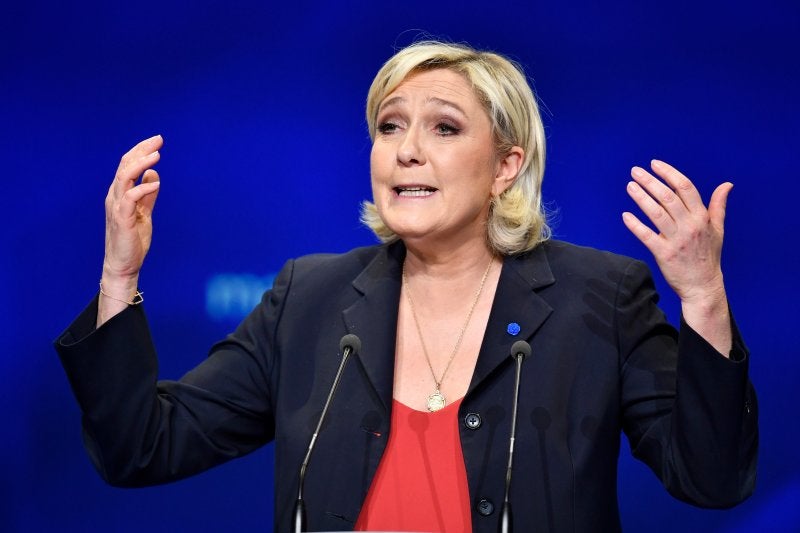 Marine Le Pen, 52, the leader of the far-right National Rally party (formerly the National Front), is the president’s single most prominent opponent. Although Macron comfortably beat her in the second round of the election in 2017, recent polls show both candidates neck and neck in a potential second round.

Macron’s hard-right shift on identity issues, which includes adopting a lexicon shared with the far-right, has been viewed by some as a boon to Le Pen, arguably helping normalise concepts and causes which were until relatively recently fairly marginal. For instance, the controversial term islamo-gauchisme may appear to disparage not the political ideology of Islamism but the faith of Islam. In an interview, the former minister Azouz Begag condemned the use of Muslims as “scapegoats” in political rhetoric.

However, defenders of Macron argue that in the wake of a spate of terrorist attacks which have hit France harder than most other European countries, public opinion has hardened, and that if mainstream politicians are not seen to be adequately standing up to Islamism, the far-right will gain. 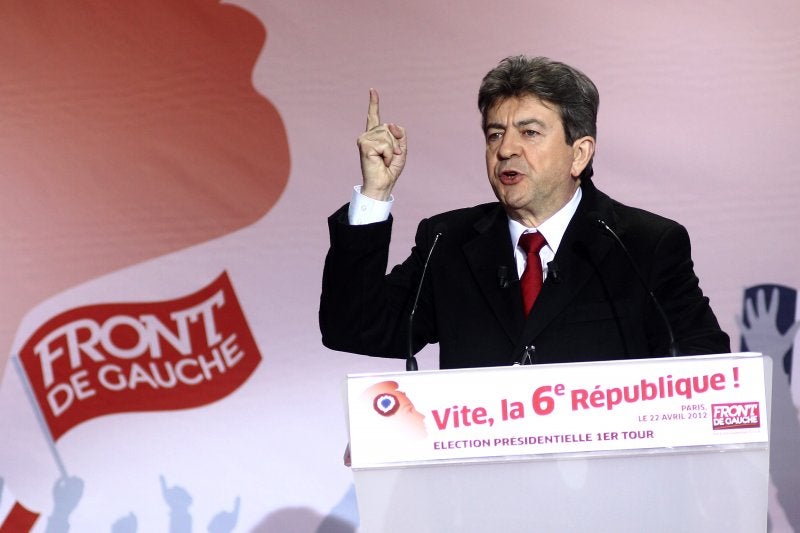 Jean-Luc Mélenchon, 69, the leader of the far-left France Unbowed party, has come fourth in many recent presidential opinion polls. His strong performance at the last election – when he finished fourth, with 20 per cent of the vote – contributed to the disintegration of the traditional conservative-Socialist duopoly, with the latter humiliated after their candidate, Benoît Hamon, won just 6 per cent of the vote.

Mélenchon, the first candidate to declare – in November last year, almost 18 months before the vote – is the leading left-wing critic of Macron. “The real separatism is that of the rich,” he has said in opposition to the government’s anti-Islamism bill. He has also compared the concept of islamo-gauchisme to “Judeo-Bolshevism”, a far-right term popular in the 1930s and 1940s. 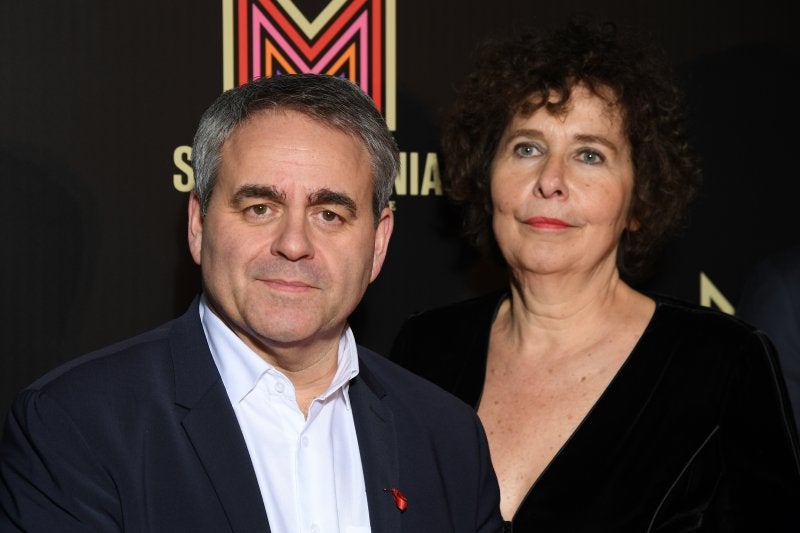 The Republican Party was one of the victims of the break-up of the traditional party system in 2017, when neither of the once-dominant parties made it to the second round. The main opposition party in the National Assembly (though now greatly weakened in numbers), the Republicans have sometimes struggled to find their voice, disarmed by a president who has pursued many of their long-standing priorities on economics and, more recently, on identity issues too.

The leading candidate is Xavier Bertrand, 55, the president of the northern Hauts-de-France region, who remained relatively untarnished by the corruption scandal which sunk the presidential bid of François Fillon, the centre-right candidate in 2017. Bertrand even quit the Republicans soon after the presidential election, though he has reportedly been preparing his 2022 bid, in an attempt to present himself as the natural candidate of the right and avoid a drawn-out primary.

Other candidates in the crowded field include Laurent Wauquiez and Valérie Pécresse, the president of Île-de-France council (which includes greater Paris).

The centre left and Greens 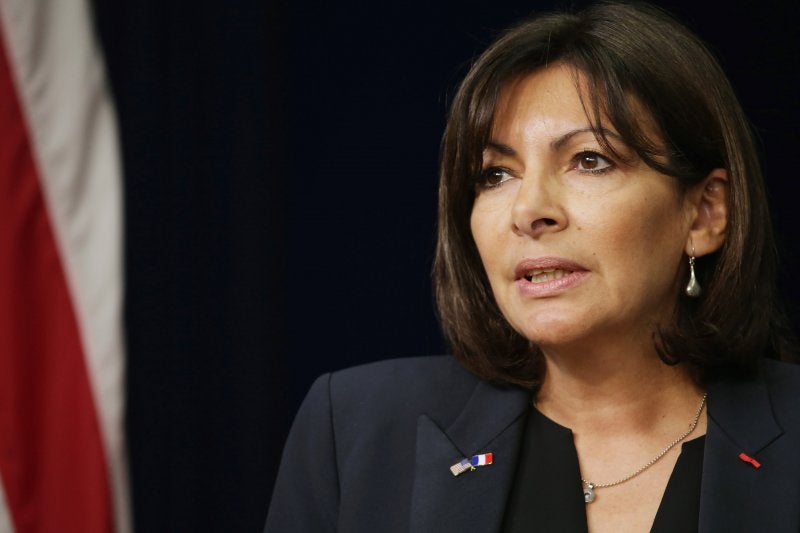 Mayor of Paris Anne Hidalgo, who may run as a centre-left candidate (photo: Chip Somodevilla/Getty Images)

The Socialists were routed at the last presidential election and have struggled to rebuild since, symbolically selling their prestigious headquarters on Paris’s chic left bank owing to financial woes. The party currently has just 25 MPs.

While the national picture for Socialist Party is grim, the broader centre left succeeded in winning the mayoralties of some of France’s biggest cities in local elections last year, with Green-backed candidates winning in Paris, Bordeaux and Lyon, among others. The Socialist mayor of Paris, Anne Hidalgo, is one of the most prominent centre-left leaders in the country. She has not declared her candidacy, however, and has previously said she will not stand in the 2022 election.

In any case, the fate of the left will likely depend on its ability to present a single candidate, rather than the two or three who usually stand. (Had the Socialists stood down their candidate in 2017, with Mélenchon gaining most of their voters, he would have topped the first round of voting.)

The former Socialist education minister Najat Vallaud-Belkacem recently called for the left to unite behind a single candidate. Whether the fractured left can transcend their traditionally acrimonious relationships remains to be seen – after all, Mélenchon achieved his best-ever result at the 2017 presidential election through a fierce critique of the outgoing Socialist president, François Hollande.

With just over a year to go to the election, it is still Macron’s to lose. The opposition is divided between the far right, the centre-right, the Greens and the left. Macron still leads most polls and will benefit from the “republican front” (when citizens vote to thwart the far right) if he faces Le Pen once more in the second round, though likely to a lesser degree than in 2017.

But as I warned last year, the decision by Macron as president to offer little to the left flank of the electoral coalition that gave Macron the candidate his win may yet backfire. With a faltering vaccine rollout and a fragile economic recovery, he could yet stumble in the year ahead.