This is really not the right week for me to be knocking out light-hearted diary entries. I woke up on Sunday to the realisation that the huge bushfire that enveloped the town of Mallacoota in the far south-east of Victoria had indeed crossed the border and descended on the town of Eden. I knew that there was only one way for it to get there and that Khandallah, a place very dear to me, was almost certainly lost. I have crawled all over it, botanising, photographing rare plants, drifting off to sleep listening to the mullets plopping in the river. I knew there was no defence against the fires, only faint hope.

Eden is an unlucky town. It was first exploited by whalers who used Twofold Bay to flense whales. For years the bay stank of their greasy endeavours, then a tank farm was stuck on a conspicuous headland. The town was slated to become Australia’s capital, until someone had a better idea. It then became the headquarters of Harris Daishowa’s woodchip operation, which used old growth timbers from the same forests that are now burning. Conservationists lashed themselves to its conveyor belts but Harris Daishowa (now known as South East Fibre Exports) weathered the storm. Then the Australian Royal Navy munitions storage was moved to a site 15km from Eden, with a new jetty to serve the navy and the mill. And now the huge piles of woodchip are burning.

The Australian fires were knocked off the news agenda by the Golden Globes, only to be reinstated by a taped message from absentee trophy-collector Russell Crowe. His message was unequivocal. “Make no mistake. The tragedy unfolding in Australia is climate change-based. We need to act based on science, move our global workforce to renewable energy and respect our planet for the unique and amazing place it is.” Who, one wonders, is the “we” he admonishes? What global dictator has the power to move the world’s workforce? New Zealander Crowe, who prefers to live in Australia, owns a 400-hectare property near Nana Glen, on the mid-north coast of New South Wales. When it was singed by wildfire in November, “ordinary” residents of Nana Glen accused their local fire fighters of protecting the celebrity’s property and neglecting theirs. The “firies” defended themselves and the uproar subsided. But the problem remains. There is no consensus. Instead there is a fatuous blame game.

The Australian Greens leapt in first, accusing the coalition government of worsening the bushfires by failing to combat climate change. Their opponents responded by blaming the Greens for opposing back-burning, the process of fighting fire with fire. Provided it is carried out in the cool season and doesn’t break free as wildfire, backburning is necessary; the first settlers in NSW burned the native grasses because their animals would not graze on them once they had become hard. Aboriginal peoples also used fire farming not only to control the movement of game but as a defence against wildfire. Twenty years ago Marcia Langton published an essay on the uses of fire in Australia and how firefighters had to learn Aboriginal methods. But instead of professionals trained in fire management we have volunteers, one of whom was buried on Tuesday. And Langton’s essay is out of print. 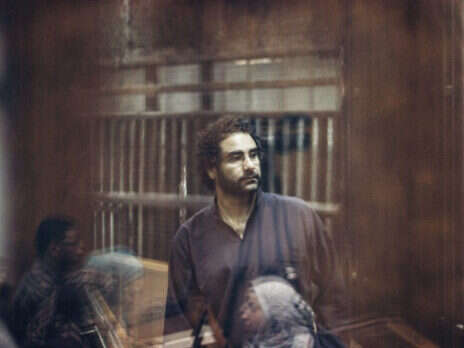 Leader: Why the right keeps losing

Until recently the Black Friday bushfires of 1939 were the most destructive Australia had ever seen. Twenty thousand square kilometres of land were burned, 71 people were killed, and several towns were wiped out, never to be rebuilt. Amid the stink and the showers of soot and ash, I was born and my mother slipped a disc. One of the worst-hit areas was East Gippsland, the same East Gippsland where this weekend Victorian wildfires joined with fires on the other side of the NSW border to create the firefront that raced northwards. Eighty years have passed since the Black Friday disaster, yet it seems as if we have learnt nothing.

Nowadays we have better tools to fight the fires – maybe. BBC coverage of the current fires is so erratic that I never know what I am looking at, but I watched as planes shed plumes of magenta flame retardant or volunteers directed jets of precious water to flaming tree trunks that continued to roar. Australia is the driest continent on earth; if we insist on fighting its frequent conflagrations with water we will eventually run dry. Strangely enough, as the drones flew over the burned-out properties, we saw swimming pools full of water next to volunteers struggling with heavy hoses. What would it take, you wonder, to coordinate these networks of reticulated water so that they constituted protection for threatened dwellings – and threatened animals?

Not that water was ever the only or even the chief resource in fighting fire in Australia. Schoolchildren used to grow up with a poem written by Henry Lawson in 1894 called “The Fire at Ross’s Farm”. Ross’s crop was saved by his neighbours:

Down on the ground the stockmen jumped
And bared each brawny arm,
They tore green branches from the trees
And fought for Ross’s farm.

The flames at Ross’s farm were not drowned or poisoned but beaten out. When the woods by my Italian house caught fire one dry spring, the fire was beaten out with wet sacks. Later, when travellers burning old tyres set fire to the hedges around my house at Stump Cross in Essex, the farmer turned up on his tractor and ploughed a firebreak. When I was out hunting with Aboriginal women in the Northern Territory I learned first hand how terrified they were of wildfire and how the cooking fire would not be left until every last ember was dead.

After hours of telephoning, when I found someone who would know, I hardly dared to ask, “How is Khandallah?”

She answered with one word, “Gone.”

This article appears in the 08 Jan 2020 issue of the New Statesman, Trump vs Iran