Before she was exiled to Siberia, and before she caught malaria in a refugee camp in India, and before she conspiratorially tucked £10 notes into my tiny hands every time I went to visit her in Bradford, my grandmother was an ordinary Polish girl. Born in 1925 in the village of Buszniewo – now part of modern-day Belarus – Maria Soltan was the happy and healthy daughter of a forester, worried only by the wolves she had to avoid on her walk to school. The first tragedy came at eight years old, when she awoke in the middle of the night and stood by as the flu claimed her mother’s life. Six years later, the Germans invaded from the west, and the Russians invaded from the east.

My grandmother – or babcia in Polish – spoke in miracles. She was a gifted storyteller, and more often than not the tales she told about the miraculous people who saved her would end with the shiver-inducing statement, “and I looked again, and there was nobody there”. She firmly believed that a guardian angel followed her everywhere, and while it may be up for debate who or what saved her throughout her life, it is undoubtable that she was saved.

The Russians knocked on the door in February 1940; the Soltans were given 30 minutes to pack their things. They were taken to the nearby town of Grodno, crammed into cattle trucks, and – along with more than a million other Poles during the course of the war – exiled to Siberia so the Soviets could keep greater control of annexed Poland. As a forest warden and thus a uniformed official, my great-grandfather hid in the forest every night to avoid the Russians, but that night, they came for his family regardless. He returned home to be deported alongside them.

Their journey lasted three weeks, and my grandmother conjured its sights, sounds and smells without need for much description: the hole in the floor, the daily stop for gruel, the wails of the living as the dead were thrown out on to the snow. 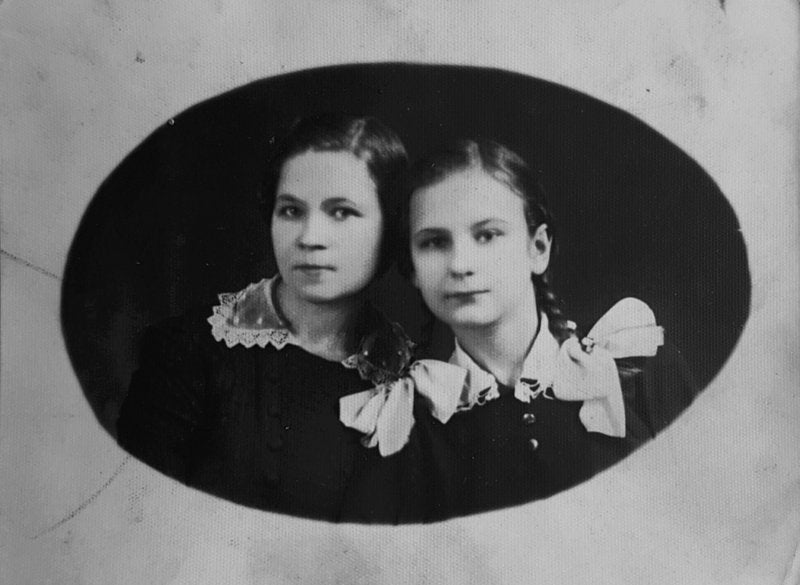 Later, when I asked my babcia about Russia as we drank tea and ate from the (for some reason, ever present) packet of Sour Cream & Onion Pringles in her flat, she simply said, “Oh yes, I was starving so many times.” She told us how she stole potatoes from a local farm, and a female farmer took pity on her and turned a blind eye. As a teenager, I recorded her stories on my first Dictaphone – tales of snow and starvation interspersed with the sounds of traffic, the rustling of sweet wrappers, and, every five minutes or so, her insistence that we have something else to eat.

“I don’t know how I managed to survive, but I survive still,” she says on the tape – one of the last recordings we have before her death in 2017. Yet hers was always a story of hope, and when the Russians joined the Allies in 1941, the Sybirak Poles were offered refuge in Africa or India.

A recent documentary by the Indian film-maker Anjali Bhushan chronicles the “little Poland” that sprung up in India during and after the war. Bhushan’s film, My Home India, follows the story of a Pole already established in India, Kira Banasińska, as she fought to make the country a home for the estimated 5,000 Poles who lived there between 1942 and 1948. It is a phenomenal feat of film-making, with the Indian, Polish, and English languages intertwined to tell a rarely told story.

Banasińska kept Polish identity alive in India – at Valivade camp near Kolhapur, my babcia was active in Girl Guides and the church, and a surviving school report reveals she had “very good behaviour”, “average” Latin skills, and a “good” command of English (in later years, her favourite thing to say to us was Bruce Forsyth’s catchphrase, “Nice to see you, to see you nice!”). My babcia isn’t in Bhushan’s 45-minute film – which aired at the London Indian Film Festival last month, but will hopefully have a wider release later this year – yet countless similar stories are. 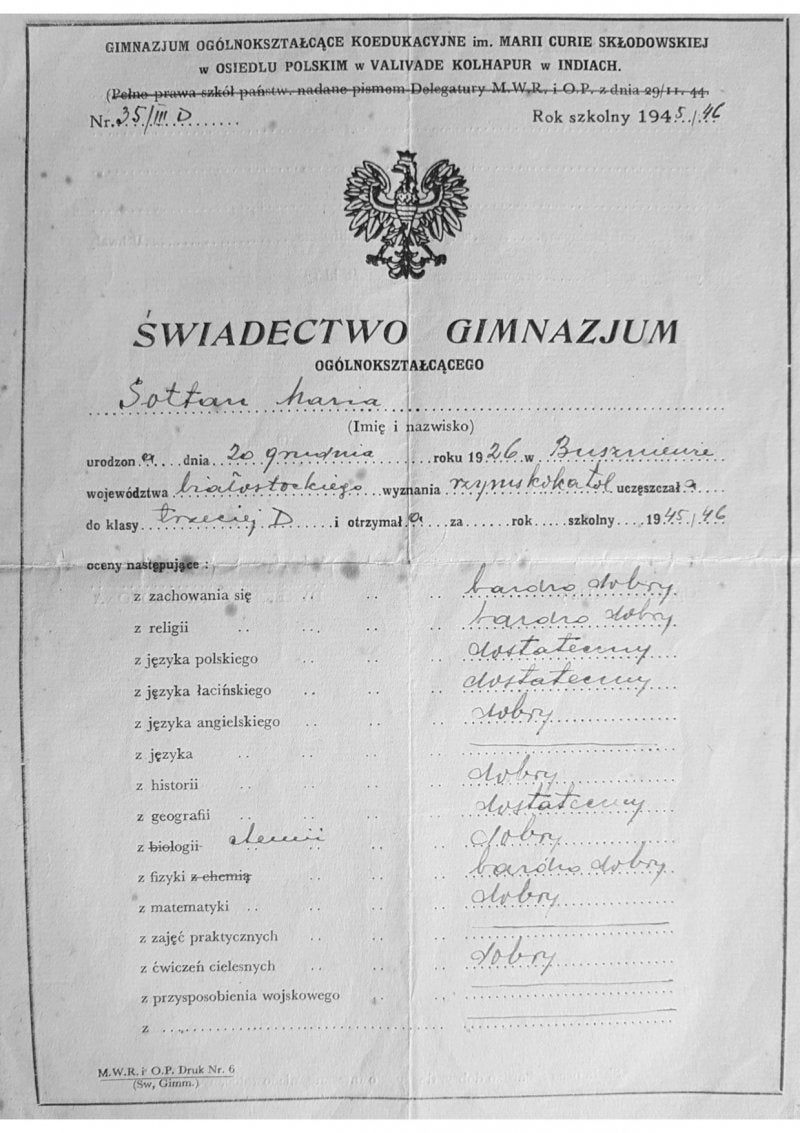 In India, the Poles didn’t have to work and had plenty of food – archive footage shows children playing happily. The locals’ hospitality was unrivalled, and the survivors Bushan interviews in the film say their time in Indian refugee camps were some of the happiest years of their lives. The warm smiles and open arms of the local Indians should make us feel shame at how we treat our refugees today.

At some point during her stay in the camp – which spanned roughly three years – my babcia caught malaria. On my tape, she says the doctors told her she wouldn’t survive the night, before she heard the voice of her namesake, “Our Lady” Mary, and made it through. My babcia firmly believed that suffering was her way to God, which is a comforting lens through which to view her story. “Oh, my goodness,” she would frequently say with a shake of her head while telling her stories, before once again declaring, “Do you want something to eat?”

My babcia had many more stories to tell – of her brothers who were taken to Russian orphanages so they would not starve to death; of relatives lost in Canada and possibly buried in the Yukon; and of three wooden crucifixes found under floorboards while villagers whispered of a curse. It is inevitable that some stories are lost, yet the treatment of the Poles in India teaches us a lesson that is needed now, more than ever. We should welcome all refugees and offer them dignity and respect, and we must allow them to keep their own cultures alive.

Before she died, Maria Soltan lived to see the births of 13 grandchildren and two great-grandchildren. At the end of my tape, my mother tells my babcia to put her feet up and go to sleep. “How can I go to sleep,” she says with a withering tsssk, “when everyone is here?”