A Saudi journalist gets tortured, killed and dismembered in the embassy of his home country. A singer is jailed for 10 months for insulting the Turkish President. The US President celebrates a congressman who body-slammed a journalist. The Chinese boss of Interpol has disappeared into Xi Jinping’s gulag. Meanwhile, in Italy, the granddaughter of Benito Mussolini threatens to send the police round to anyone who insults her fascist ancestor.

What we’re witnessing is the collateral damage from the death of a rules-based multilateral system. Globalisation was always about more than trade rules, freely exchangeable currencies and honouring cross-border debts. It demanded mutually enforceable codes of conduct, above all among those who get to go upstairs when they board a Boeing 787.

A system of global trade between democracies, dictatorships and medieval despotisms always required the Western elite to look the other way when outrages were perpetrated against the plebs. They could assuage their guilt by donating to Amnesty or English PEN, and requiring their executives to obey strict rules against participating in bribery.

But the assumption was that they, themselves, would be protected from the cattle prods and cigarette burns used by the casual torturers of places like Saudi Arabia, Turkey or Egypt. That’s why Jamal Khashoggi’s murder has sent a wave of cold fear through the global business class. 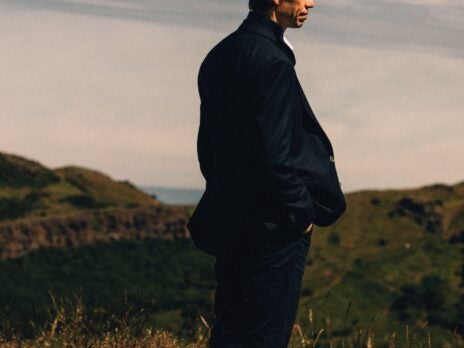 Rory Stewart is on the road again

Behind the obvious question – was the murder done on the orders of a hitherto sainted liberal prince, vaunted in pages of the New York Times –  lies a deeper worry. If they could do this to Jamal, could they do this to any Western business executive who happens to get on the wrong side of a deal?

Likewise, if the Chinese state feels comfortable feeling the collar of a Paris-based cop of international standing, what might they do to the army of Chinese-born academics, scientists and businesspeople currently in the West? And if Erdogan is happy to jail chart-topping singers merely for the crime of criticism – how is it even possible for companies and countries professing an ethos of democracy to go on doing business with Ankara?

Hannah Arendt gave a cogent explanation of the role arrests, physical harassment and targeted assassinations played in the rise of Hitler. “By killing small socialist functionaries or influential members of opposing parties,” she wrote in The Origins of Totalitarianism, the Nazis “attempted to prove to the population the dangers involved in mere membership. This kind of mass terror, which still operated on a comparatively small scale, increased steadily because neither the police nor the courts seriously prosecuted political offenders on the so-called right.”

These methods are still in use, both by far-right politicians like Brazil’s Jair Bolsonaro, and by authoritarian regimes, from Moscow to Manila. But the murder of Khashoggi, and the abduction of Interpol’s Meng Hongwei, are part of a new phenomenon.

What we’re seeing is the emergence of mass terror aimed at the Western liberal elite by regimes they assumed were client states, but which now want to reset the power structure of the world around new priorities.

What the murder of Khashoggi was designed to tell East Coast America is that, from now on, business will be done with Saudi Arabia on its own terms, absolutely. Likewise, it was no accident that the political strategists who surround Xi Jinping chose to indict the man they, themselves, promoted to lead Interpol. Trump did not re-enact the body-slam on Guardian journalist Ben Jacobs just to please a crowd of racist knuckle-draggers in Montana. And the Russian GRU did not leave a trail of crumbs from the door handle, to Sergei Skripal, to its own agents by mistake.

These acts were designed as existential challenges to liberalism in the world’s developed democracies and we need to respond to them in kind.

We need, from politicians, the courage to say: we have been backing the wrong people and subordinating democratic principles to business goals for far too long. When the Western media fawned over “MBS”, with Thomas Friedman declaring him the embodiment of an Arab Spring, they did so in the full knowledge that he had waged a vicious power struggle against rivals within the Saudi elite, and that he was prepared to take outrageous and provocative actions against their former ally, the Amir of Qatar.

Those who understand Saudi Arabia fear less that “their” man will somehow have to face international justice than that the long knives are being sharpened by the faction they had allowed to get tortured, jailed and robbed in the Ritz-Carlton by MBS’ hoodlums.

As Saudi Arabia is, in either case, destined for pariah status, what then becomes of the Saudi dollars which have fuelled the investment spree of companies such as Japanese-owned Softbank? (Which has pumped money into no-profit start-ups as if there were no tomorrow.) What becomes of the arms industries of Western states, where high-skilled and high-wage jobs depend increasingly on supplying murder weapons to murderers?

The wider crisis, however, lies in fragmentation of the global governance system and the emergence of great power politics, now enthusiastically pursued by Trump, Xi and Putin. Though the system underpinning globalised trade and finance is not yet completely wrecked, the Khashoggi murder is a glimpse of what the world will look like should it become so.

To save what we can of economic globalisation, democratic countries, need to do less of it. We need to reinforce the identification of our own populations with the values embodied in the Universal Declaration of Human Rights. And that is going to take more than a civics class: it means building resilient democracies in Europe, Japan and North America that deliver economic wellbeing, liberty and democracy to their own people.

And at the same time we need to enforce global laws, rules and standards of behaviour. Even if the UN and the International Criminal Court are powerless, the US federal constitution and the European Court of Human rights are not.

Any company doing business with Saudi Arabia has, right now, a duty to suspend that business; to abandon current contract negotiations; to wind down exposure to Saudi money and Saudi markets. That is not only what a moral, liberal capitalism would do; it is what a hard-headed understanding of the reputational and business risks now demands.

At the same time, elite circles should begin shaming the companies, lobbyists and politicians who do the dirty work for the dictators. The countries who supply “golden visas” to coteries of the corrupt elites of despots need to stop doing so. Their vacated mansions would make great community centres or social housing.

Finally, we need to realise what this spectacle of authorised violence and intimidation is doing to the democratic culture of our own society. Eleven-year olds starting secondary school this autumn will be told, rightly, that bullying, sexual harassment, intimidation and petty crime are career-terminating offences; but the behaviour they see among foreign leaders wearing Savile Row suits suggest otherwise.

There is a cost to insisting on civilised behaviour among those you are doing business with. The UK has sold £5bn worth of arms and equipment to authoritarian regimes under the Conservative government. We need the Business department and the Ministry of Defence to make contingency plans to support any production facilities that are heavily reliant on the Saudi arms trade.

As this is becoming a more dangerous world, and UK military spending is set to rise, we should be prepared to use state aid, intervention and even ownership to maintain our sovereign capacity to build world-class military equipment.

But the benefits of moral action outweigh the costs. The definition of a superpower is that it is prepared to shoulder the burden of rule-enforcement and set global standards of behaviour. That is what both Russia and the US did during the Cold War, and what Britain did at the zenith of its imperial power.

Today there is no superpower. The multipolar world, in which China, Russia and the US vie for influence, is real. But there is nothing that says the EU cannot be a strong and independent force for stability and democracy, nor that the US is destined to become just another despotism run by a crime family.

As in the 1930s, the outcome depends on whether the elites of democratic countries are prepared to embed morality, social responsibility and the rule of law in their business practice and political activity. We will know the answer sooner rather than later.

Both the US midterms in November, and the March 2019 European elections, will see illiberal sections of the business class pour money into the campaigns of politicians who would all too readily progress from the body-slam to the bone saw.