Police are still attempting to track down the three suspects believed to be responsible for yesterday’s attack on French satirical magazine Charlie Hebdo. Meanwhile, people and organisations around the world have condemned the murder of 12 people, with many cities seeing spontaneous vigils where pens were held aloft in celebration of the right to satire and free speech.

French police have released the names of the 12 victims from the attack. They are: 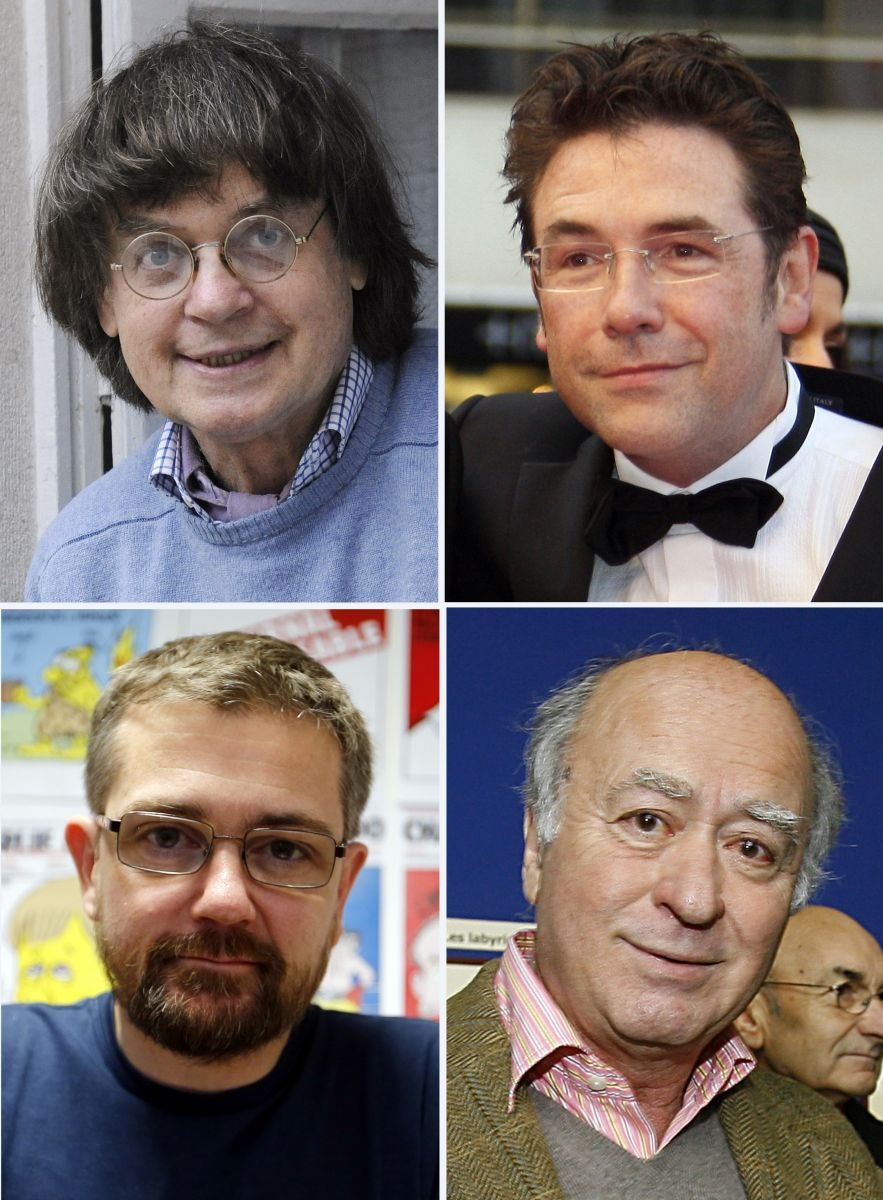 The remaining staff of Charlie Hebdo have said that they intend to print the magazine as normal next week, with an estimated print run of a million copies (compared to a usual run of around 60,000). The Guardian reports writer Patrick Pelloux saying that “stupidity will not win”. Google has donated 250,000 to the magazine, while the staff have accepted an invitation from Libération magazine to use their office for work.

Three suspects have been named by French police: brothers Saïd Kouachi (32) and Chérif Kouachi (34), who are alleged to have carried out the attack, and 18-year-old Hamyd Moura, who was named as the driver of the getaway car. However, Moura reportedly handed himself into police immediately, with classmates claiming he was in school with them throughout the day of the shooting. At the time of writing, police are going door-to-door through the village of Corcy, northeast of Paris, believing the two brothers to be hiding somewhere in the area.

Reactions from around the world to the attacks have ranged from shocked to defiant. Many major cities, including London, Berlin, Moscow, Tunis and Rio de Janeiro, saw main squares and streets filled with candlelit vigils – and many people have stood while holding pens or pencils aloft, in a symbolic gesture of solidarity with the Charlie Hebdo victims: 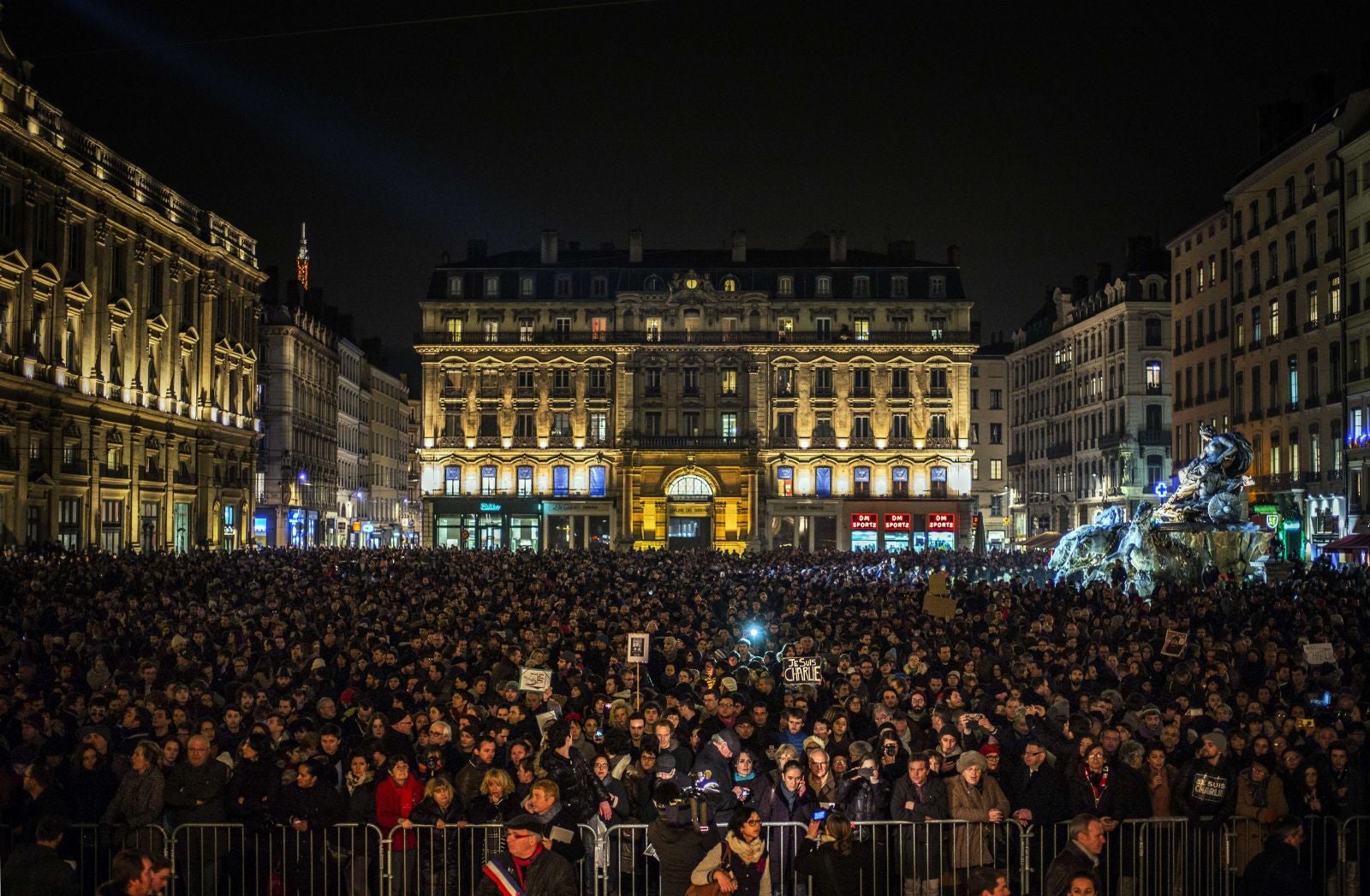 The vigil in Trafalgar Square, London.

Cartoonists from every corner of the planet have also responded to the events in Paris yesterday.

However, there have already been several reprisal attacks reported by AFP against mosques across France. Early this morning a street cleaner and a police officer were also both shot in southern Paris, with police treating it as related to yesterday’s attack.