The Boston bombings have an interesting quirk to them: the bomber, whoever they are, was almost certainly caught on camera at some point. And not just grainy CCTV footage, either. The blasts occurred during a worldwide media event, in a part of the course featured in blanket coverage. On top of that, a huge proportion of the photos of the marathon taken by individuals are now online as well, on Twitter, Instagram, Flickr and Facebook.

As a result, Reddit and 4Chan are on it. The two communities have begun poring over all the photos they can find, in an effort to spot the Boston bomber first and bring them to justice. The only problem is, with no idea what they’re looking for, the whole thing has devolved into a sort of racist Where’s Wally.

The archive of the first 4Chan thread on the topic – it calls itself the “ThinkTank” – has had over two million views on imgur, and the first image basically says it all: 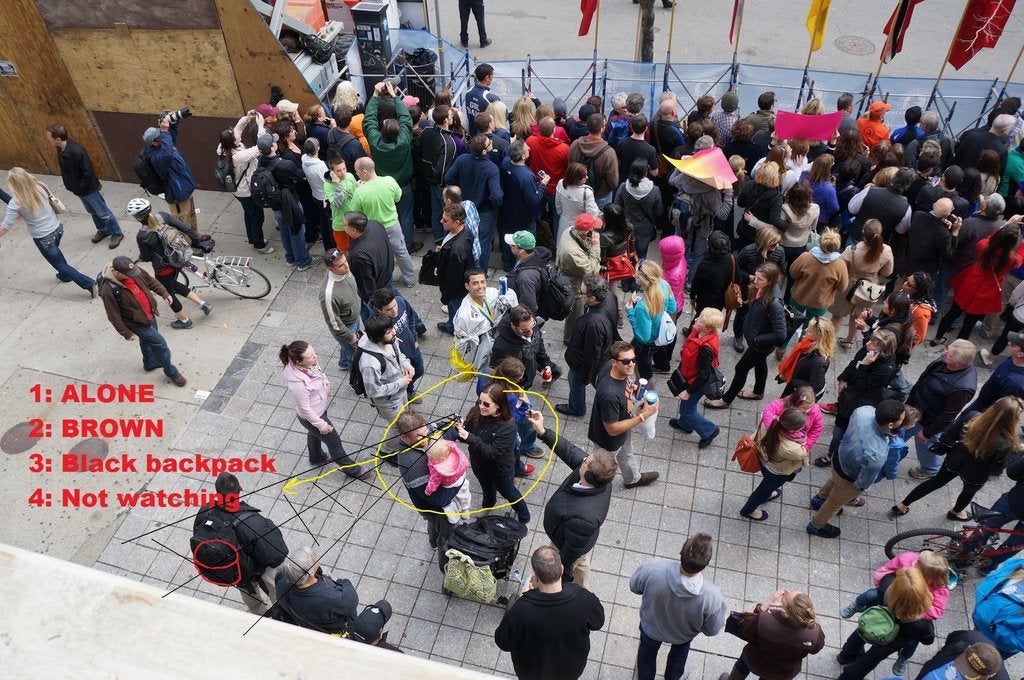 (That man, it turns out, is most likely law enforcement; his partner is visible next to him, and the two of them are standing with first responders in later pictures)

To be fair to them, not everyone focused on in the thread is brown. There’s a white guy who’s been picked up on because he’s carrying a bag which looks like it might be the same type of bag that contained the bomb: 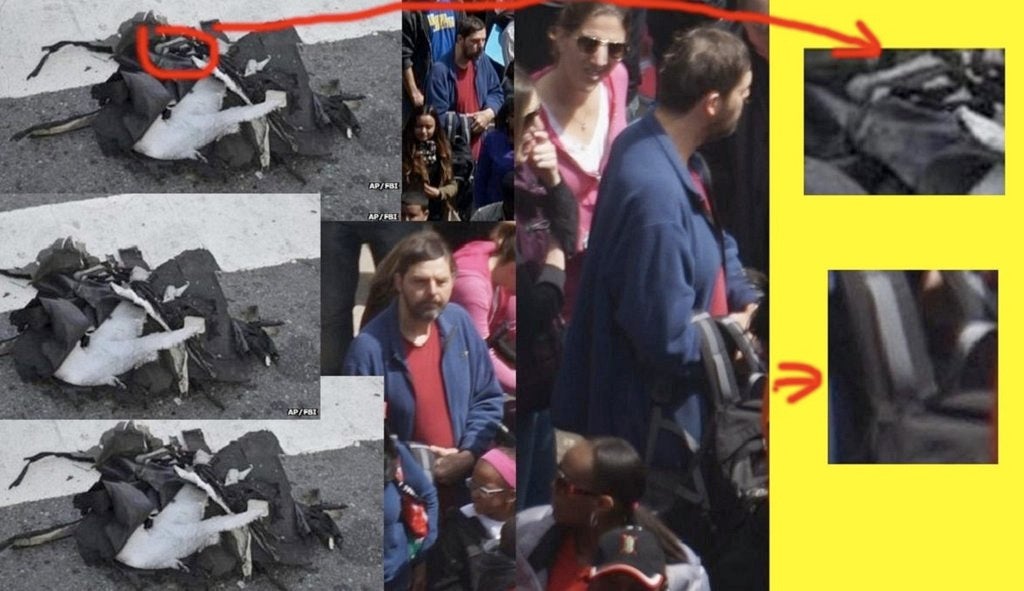 And another man, of indeterminate ethnicity, who’s picked on because he started running away after the explosion (which seems a pretty understandable thing to do):

The subreddit, /r/findbostonbombers, which is devoted to the same thing is at least slightly more responsible. Threads are dedicated to confirming people as innocent, and highly up-voted posts call on the media not to spread images, remind redditors of the dangers of false accusations, and lay down pretty stiff rules of conduct.

But it’s still clear that the community hopes to repeat earlier successes, as when a car used in a hit and run was identified from just the headlight, or when the site reported on the Aurora cinema shootings with a speed and depth which normal journalists would dream of. The problem is that this scenario is more difficult than the others – its unlikely the bomber was tweeting about their plans beforehand, or that they’ll have used a bag which was uniquely identifiable – and that the widespread interest in the event vastly increases the damage done by a false positive, of which there are sure to be many.

The subreddit’s rules clearly state “we do not condone vigilante justice” and “r/FindBostonBombers is a discussion forum, not a journalistic media outlet” – but when this many people are being associated with an act of terrorism, it takes more than that to stop damage being done. Already, one pair of men, who were fingered on the “evidence” that they were Arabic with backpacks, have been tracked down on Facebook only to be revealed as Moroccan-American runners from Massachusetts. That’s been dutifully reported back to the subreddit, but the damage has already been done.

There’s enough misinformation coming from the traditional media itself over the bombings. Reddit and 4Chan may think they’re helping, but by flinging suspicion at innocent people with no real evidence, they’re only spreading more rumours.

The worst thing, though? Given the sheer weight of numbers behind this, chances are someone has drawn a circle around the actual bomber and written “suspicious?!” in red text on it. And even though if you libel enough people, you’re bound to be right at some point, we’ll be subjected to endless headlines about “how Reddit caught the Boston bomber” – and the whole cycle will be reinforced.

The two guys who Reddit fingered then backed down on are now being accused of being terrorists on the front page of one of America’s biggest tabloids. If, as seems likely, they are entirely innocent, it will be interesting to see whether Reddit is directly responsible for starting that chain of misinformation.