The UK has reportedly conceded on the question of the Irish border, according to multiple reports.

RTÉ, Ireland’s national broadcaster, has reported that the draft negotiating text promises no divergence of the rules covering the EU single market and customs union on the island of Ireland post-Brexit.

The Guardian reports that MEPs were told by the chief Brexit negotiator Michel Barnier that Theresa May was forced to back down.

The agreement between the European commission and the British government is said to include a statement that “in the absence of agreed solutions the UK will ensure that there continues to be continued regulatory alignment”. 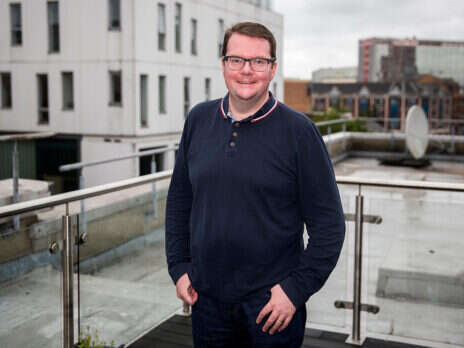 The Irish border has long been identified as one of the biggest conundrums of Brexit, given the importance of an “invisible border” to the current peace settlement in Northern Ireland, as well as the 140 areas of close co-operation by Irish and Northern Irish authorities on everything from animal health to electicity.

Although both the UK and the EU27 have long committed to maintaining the flow of people and goods between the UK and the Republic post-Brexit, in practice the ability to do this and allow for different regulatory standards after Brexit has been an impossible question to resolve.

If the UK concession is agreed, it will mean that regulatory standards remain the same, and remove much of the need for border checks.

However, while a UK concession is likely to make the life of those living in the border regions easier, it will create new problems for PM May.

As Stephen Bush has documented, her allies in Westminster, MPs from the Democratic Unionist Party, have made it clear they will not tolerate the concept of a border in the Irish Sea. If May, redrawing borders, goes down this route, it could risk the collapse of the UK government (the Scottish government is also unlikely to make such a plan easy).

The other obvious solution – to take the whole of the UK towards a softer Brexit deal which means remaining in the single market and customs union – is deeply opposed by members of May’s own party, some of whom reminded her of their presence on Sunday by doing the rounds of the politics news shows and opinion columns.

Then there’s the question of what happens to power-sharing talks in Northern Ireland, which were already in crisis. If Northern Ireland is being treated as a special case in the Brexit negotiations, in a way that brings it closer to the Republic, this is likely to change the DUP’s attitude at Stormont as well as Westminster.