A Norwegian friend to whom I’d raved about Karl Ove Knausgaard’s Boyhood Island recently returned home after an absence. At a party, he ran into a man he felt sure he recognised. “Don’t I know you?” he asked. The man’s face remained unmoved. “I’m the brother,” he said. Such is Knausgaard’s fame in his native land, where one in five of the population has reputedly read one of his books, that my friend understood the man perfectly. As it happens, “the brother” got off lightly, emerging as one of the more sympathetic characters in Knausgaard’s autobiographical “fiction” – a multi-volume magnum opus, called My Struggle, of which Boyhood Island forms part three.

It is of little consequence whether or not you like these books, or find yourself up at night, as I did, racing like a junkie through pages that many critics claim bear so strong a resemblance to the way life unfolds naturally that they barely qualify as art. Their unquestionable achievement is to have shifted the goalposts of autobiographical writing such that no one embarking on a life-writing project can sidestep their influence. A writer can choose to follow Knausgaard in painstakingly raking over the smallest details of life, from the mundane to the grandiose, to the infinitely embarrassing, if aptly metaphoric. (I’m thinking of a passage where Knausgaard describes sticking a probing finger up his anus and then smelling it, the better to get to know his own shit.) Or they can chose not to. What they cannot do is ignore him.

With Autumn, Knausgaard turns his gaze out towards the world. His intention is to plate up its wonders to his unborn daughter, to whom the book is addressed. Knausgaard’s own world, too, is filled with riches: a wife, a home, a study at the bottom of the garden, three thriving children, friendships, adventures, travel. Yet he has arrived at that time of life when asking “What makes life worth living?” cannot be answered by any epiphany or summation. Instead, he has come to believe that life’s meaning resides in being present to every experience, to observing and contemplating every thing, feeling and savour: “Showing you the world, little one, makes my life worth living,” he writes.

What follows are 60 very short chapters – mini-essays the best of them, curious fragments the rest – that run to just two or three pages apiece. They have titles such as “Beds”, “Labia”, “Loneliness”, “Tin Cans”, “Van Gogh”, “Forgiveness”, “Oil Tankers”, and in them Knausgaard searches for meaning. Not numinous, Kantian, thing-in-itself, meaning, but personal, existential meaning: the stuff of life – and also of phenomenology, because Knausgaard is attempting a metaphysics of the everyday. 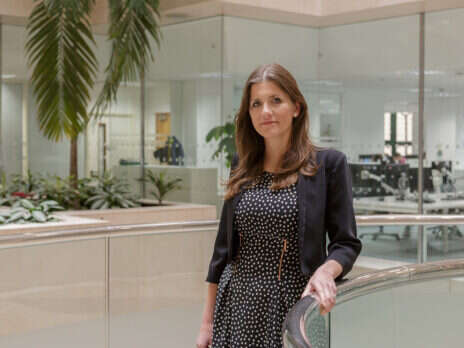 How universities can level up the UK

The writing is uneven (the physical descriptions kicking off numerous essays are notably over-laboured, the “letters” to his unborn daughter, mawkish). Still, there are gorgeous, poetic observations on almost every page. Puddles of petrol with their “small trembling rainbow swirls” are “beautiful as conches or galaxies”; teeth are described as “little enamelled stones… pushing up through the jaws of my children as they lie asleep in the dark of their rooms”. The nighttime windows of Knausgaard’s lamp-lit house “look like aquariums”.

The metaphysics is dropped in here and there, casually. His eldest daughter (who in approaching adolescence has fallen victim to that cognitive dissonance that skews everything familiar into something alien) is no longer captivated by his game of walking his fingers along the tabletop so they look like legs. Knausgaard writes: “The Fingerman transforms me into body parts, and the body parts into autonomous beings, and since one of the many possible truths about reality is that it is essentially non-attached and turned away like a blind eye, the game opens an abyss.” Children are too small to feel threatened by it. Knausgaard is too old. “This chasm at the centre of the world opens only to one who is neither child nor adult, but midway between.”

To the extent that Knausgaard is interested in legacy, the mark that each generation makes on the world, he admits that it’s both weird and wonderful to ponder his own disappearance. But it’s the slippage of time we feel moment by moment that gives us a truly visceral intimation of our own deaths by highlighting our maddening inability to grasp hold of The Now. As soon as you reach for it, it has already gone. “Only what slips through one’s fingers, only what is never expressed in words, has no thought, exists completely. That is the price of proximity: you don’t see it. Don’t know that it’s there. Then it is over, then you see it.” Knausgaard’s real subject, one begins to sense, is time.

There is plenty to admire in Autumn. It has poetry and philosophy, lightness and weight, moods that shift: and much of it is rendered tenderly and precisely. But I do wonder if I could bear to read the next three seasons’ instalments, to be published quarterly until June 2018. I have a limited tolerance for the indulgences that belong to mindfulness. Paying attention is a bit like cleaning the house: it is focused and satisfying but it lacks a direction of travel. Which is another way of saying that only as fine a writer as Knausgaard could get away with Autumn. The book lacks accretive affect. It doesn’t drive forwards, while its best insights are buried deep, like nuggets of gold in a riverbed. I doubt that readers will have the patience to sift for them.