If there is a downside to having dedicated the last four months of my life to dissecting the words of Daniel Hannan MEP – unlikely, but if – it’s that I’ve not had enough time to dedicate to his bosom pal Douglas Carswell. And that’s a missed opportunity, because Carswell is quite the oddball himself.

You probably know Carswell best as the Tory MP for Clacton who defected to Ukip, stood down and triggered a by-election to get himself a fresh mandate, and actually managed to win. (He held the seat in 2015, too.) You’ve probably seen his name popping up in all the genuinely hilarious coverage of the looming Ukip civil war, too. Despite the fact Carswell is the only UKIP candidate ever to actually be elected to parliament at a general election, Nigel Farage has called for him to be kicked out the party, while noted moneybags Arron Banks has threatened to stand against him. This whole Ukip civil war thing is like a brilliant comic remake of Alien vs Predator: whoever loses, we win.

But what you may not realise is quite how closely ideologically aligned the Ukip MP is to everyone’s favourite Tory MEP for the south east of England. Both Carswell and Hannan would consider themselves liberal leavers. Both would claim that the vote for Brexit had nothing to do with immigration, but was instead a popular uprising in favour of free trade and Magna Carta. Both, quite obviously, are wrong.

In 2008 they even co-wrote a book together: “The Plan: Twelve months to renew Britain”, which contained a lot of stuff about direct democracy, elected sheriffs and a Great Repeal Bill. The two may have found themselves in different parties, but they’re still close friends – godfathers to each other’s children – and they remain each other’s wing-men. It’s like a version of Star Trek in which they’re both Mr Spock. 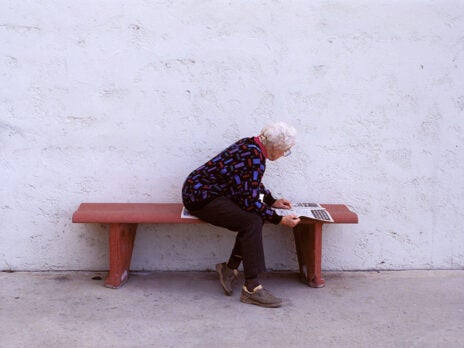 Oh, they also both block people who disagree with them on Twitter, so they’re both definitely secure in their ability to defend their own ideas, too.

Anyway, on Saturday, Carswell tweeted a comment so terrifically wrong-headed that it could have come from the master himself:

What I really like about that is, he’s not just being wrong about history, he’s doing it to an actual historian. It reminded me of this:

But, let’s not rush to judgement: let’s have a quick run through British history in search of the UK fusing organically from below, to try to work out what Carswell thinks he’s talking about.

Given the context – Indyref 2, and all that – the obvious place to start is the Act of Union 1707. That was the one which merged England and Scotland into a single state, and which lumbered us with the name of “the United Kingdom” which continues to irritate me to this day.

Carswell can’t possibly mean that, however. England’s motivation for the union was to get Scotland to accept the 1701 Act of Settlement, which paved the way for the (protestant) Hanoverian succession, and thus ensured that the Scottish crown didn’t end up on the head of a rival monarch who might ally with France (something that had happened with irritating frequency in the past).

In Scotland, meanwhile, a big factor was the way most of Scotland’s leaders had just lost vast quantities of money on the Darien scheme to establish a trading colony in Panama. Union with England, it was hoped, would get the Scottish leadership back in the black.

On both sides, then, the 1707 Act was – to coin a phrase – the construct of elites from above. It was definitely not a matter of the two countries fusing organically from below: in Edinburgh and Glasgow, indeed, there were riots.

So if Carswell isn’t talking about 1707, could he be talking about a more recent event? The 1800 Act of Union with Ireland was also motivated largely by a war with France – specifically, by the fear that the French would use an invasion of, and independence for, Ireland as a step towards attacking Great Britain. So that would also seem to count as an elite construction, even if one were to ignore the next two centuries of Irish history, which rather proved that point.

There are no obvious candidates for bits of the UK fusing organically from below before 1707, either. It can’t be the union of the crowns in 1603, because anyone who thinks monarchy isn’t elitist doesn’t know what words mean. It can’t be the incorporation of Wales into England, because that involved a lot of medieval warfare and then some acts of Parliament.

Probably the closest any part of the UK got to fusing organically is the creation of England in the 9th and 10th centuries, since that at least involved the various Anglo-Saxon kingdoms uniting against a common enemy, the Vikings. But even that required the kings of Wessex to gradually conquer the rest of England. It’s not obvious that England was created by any spontaneous uprising from below. There was definitely no referendum, because, well, it was the 10th century, and don’t be bloody stupid.

In other words, the British Isles’ centuries-long move towards union was always a function of the political demands of its elite, and the need for common security. Rather like the EU. So what is Carswell talking about?

What he’s talking about, I fear, is not British history at all. Rather, it’s British myth: to be specific, the myth of British exceptionalism: the idea that these islands somehow stand apart from the rest of the European continent, in a way that makes the countries of the British Isles natural bedfellows but sets them apart from those of the continent.

I can see why Brexiteers need this myth. I can see why Carswell wants it to be true. But that doesn’t mean it is.

Special bonus wrongness: Last September, Carswell get onto a row with a scientist about what caused tides. Carswell argued it was the sun; Paul Nightingale, as well as Isaac Newton and all human science, argued that it’s the moon.

@DouglasCarswell @DuncanWeldon Douglas, this isn’t a controversial point. Its in Newton’s Principia.

People have had enough of experts.

Update, 5pm: We’ve found one way in which Carswell diverges from Hannan: their views on whether it’s a good idea to respond to me. In all the weeks I’ve been writing Hannan fodder, the great man has never responded to any of my columns, even to criticise them. Carswell, however, just tweeted this:

BRB, just adding “This is supposed to be serious punditry” to my Twitter bio.