In 2012, in the early days of the revolution, I was in Aleppo. The old city was still alive; nothing was destroyed. At the time there was a huge civil movement in the university.

People were asking for freedom. Back then, in 2012, there were a lot of massacres occurring, and they were asking the regime to stop, release people who had been arrested and give us freedom of speech.

Then, in July 2012, the airplanes came. I left just before, but my friends told me that overnight the situation changed 100 per cent. One day there was nothing. The next day there were air strikes. They said it was a shock. You’re sitting on the balcony like usual, and suddenly these planes appear above you.

That was the last time I was in Aleppo. Three years ago, I started to work with a network of photographers in rebel-held areas, and it was bad, but it was better than now. The last year has been the hardest, and the last days the hardest of all. 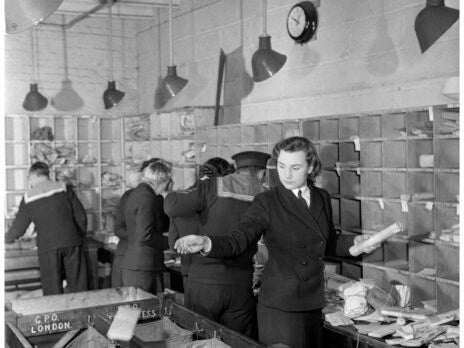 These photographers have taken some of the most horrible images in the world in the last few weeks, and I hear their stories. They send me messages about how the houses are being destroyed. You sleep, you wake up and you find three or four neighbourhoods have gone.

From what we are hearing, it is a struggle to stay alive, every day, every night. Nowhere is safe, especially with the weapons that reach underground.

One neighbourhood had a lot of protests over the last five years. But yesterday, the regime took this area, and the people had to move to another neighbourhood. There are now roughly 80,000 people crowded into only four or five neighbourhoods.

There are also people who were moving from other areas, and got stuck in Aleppo. They don’t have their families around them, and they are just sending messages that say “remember us”.

One photographer wrote to me today:

“The situation is a disaster. We heard about negotiations to stop the killings but we haven’t seen any real action. We are almost 80,000 people trapped in a small area, being targeted with airstrikes and all kind of weapons.

“We are afraid that no one really cares enough to save us. The number of people who died since yesterday is still not known and there are bodies in the street.

“I am in a room with almost 20 people, we are waiting to know where to go and if we will survive this day or not.

“Our only request is to stop the killing now.”

Our photographers, who have documented the revolution, don’t want to fall into the hands of the army, because they know the regime hates them. The news isn’t clear, but they are saying that in areas under the regime they are killing patients in hospitals.

A doctor in a rebel-held area, Salem Abualnaser, released a video statement saying that there is no medical help, and attacks from all sides. He continued: “The first thing we ask is to save the civilians’ lives. Wherever you are, you can pressure your government to do something. In the next few hours, we might face massacres. No one can take this.”

There is a saying about Syrians – no matter what the situation, they cope with it. Whenever a route is closed, they try all the other ones. To get on the internet, they use international lines, or get mobile phone coverage from the regime or Turkish areas. But I’m worried about our photographers. We didn’t have any contact with one friend for two days. Another hasn’t been online in the last 10 hours. The last time I heard he was moving from one neighbourhood to another, but this neighbourhood was attacked.

International help is necessary, but there could also be protests outside Russian embassies, because the most powerful weapons are in the hands of the Russians.

Back in 2012, on those protests for freedom, no one could have imagined we would reach this point. In 2011, Assad said “we will burn the country” but we didn’t take him at his word. But this is what happened.  It was either him, or burn the whole country.

Assad has manipulated the world telling them these people are all terrorists. There are Syrians celebrating the victory of the regime. It feels like living with monsters. They are celebrating the deaths of their brothers.

But our photographers, who have worked for news wires like Reuters and AFP, are trying to show the world what is going on. They show doctors and students facing really brutal conditions. We need to focus on telling the truth.

Marvin Gate is a Syrian and the spokeswoman for photography network Humans of Syria.