It’s barely an hour since Ukip launched its manifesto, and already a scandal is brewing. We at the New Statesman are shocked, shocked, to learn that the party of Nigel Farage and also some other people might be misleading the voters.

Specifically, misleading the voters about how many books Paul Nuttall has.

Check out this extract from the education section of the manifesto. The image above showsthe party’s deputy leader, casually caught in the act of brushing up on his political history. See if you can spot anything odd about it.

If you’re struggling, here’s an annotated version from the ever helpful @GeneralBoles: 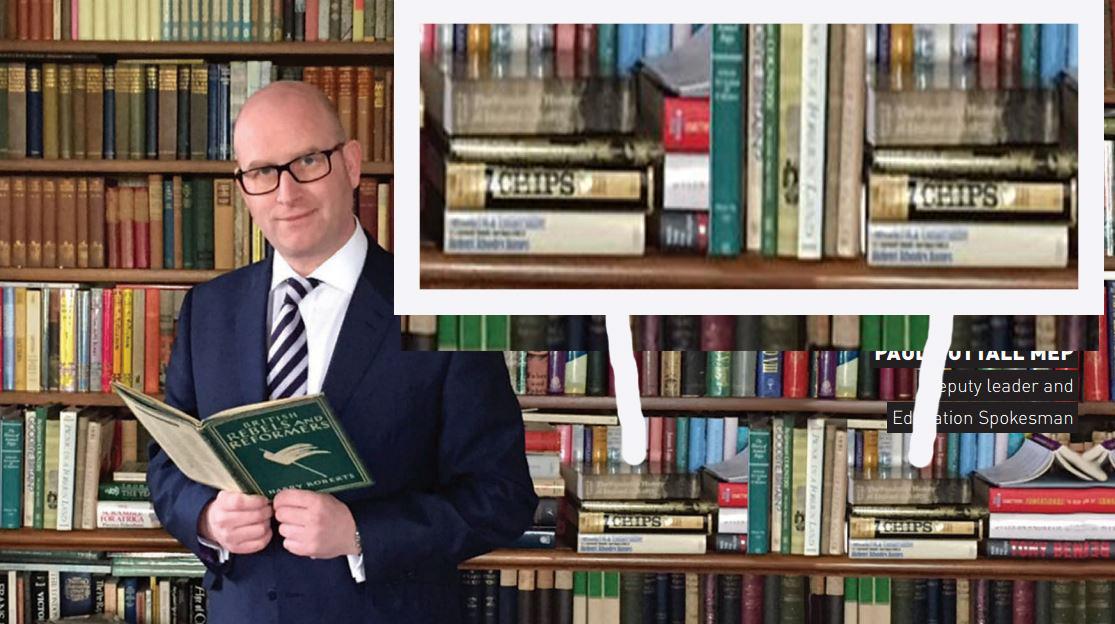 It’s not just that Paul Nuttall really, really likes chips. Whoever made this image has cut and pasted a huge chunk of books, so that a chunk of the wall repeats. (Or, let’s be fair, it could be that book-effect wallpaper you get in pubs.) Look at the way those horizontal books just stop:

This isn’t the only time, either. Via another Twitter user, @TomDaviesUK: 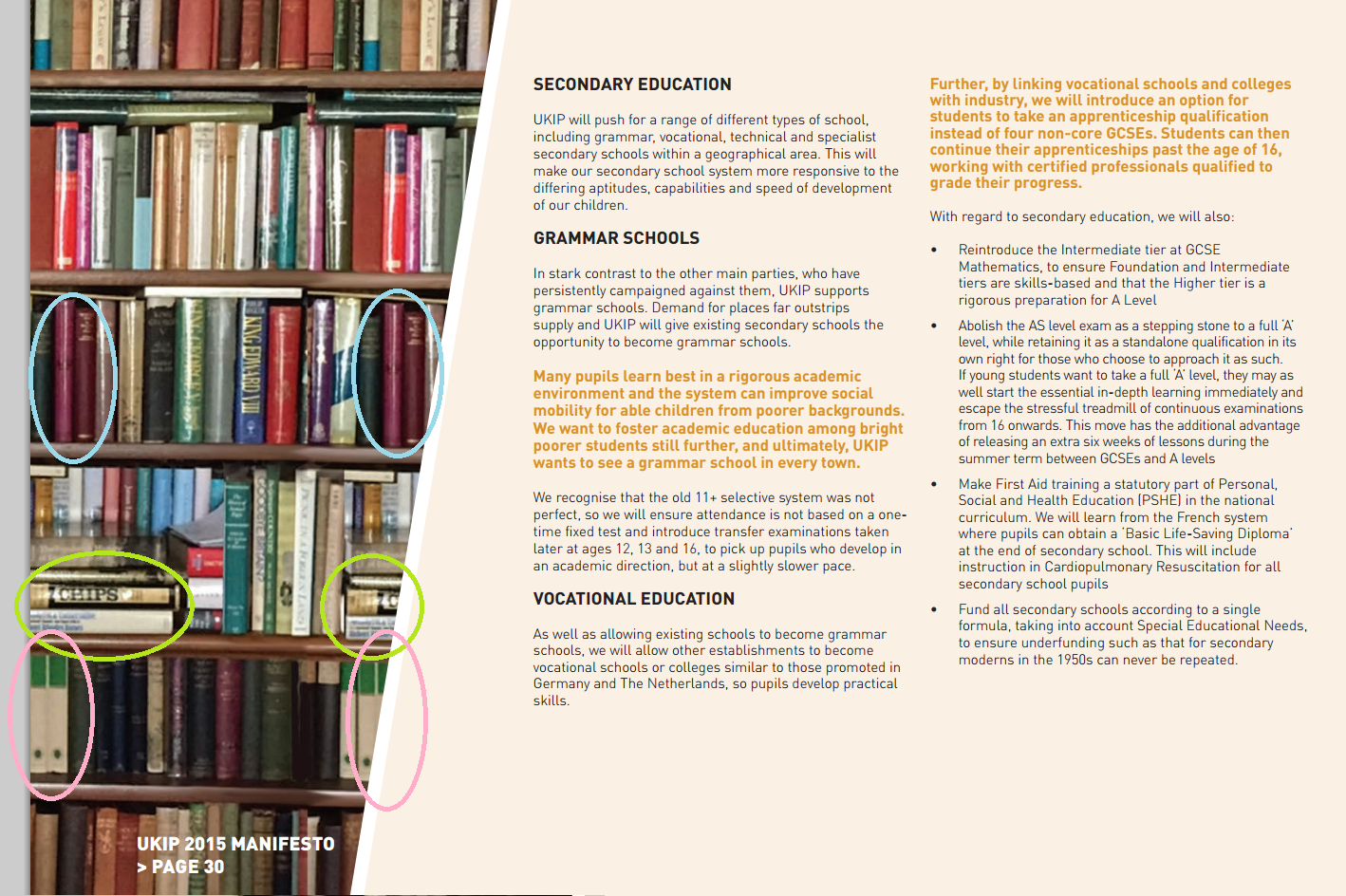 A number of things are baffling about this. One is why the producers of Ukip’s manifesto felt the need to parade a fake library  in front of an unsuspecting electorate. Just – why do it? Whose vote is going to be swung because of the inadequacy of the length of shelving behind Paul Nuttall?