Charles Michel, the prime minister of Belgium, was the subject of a food-based protest today in the Walloon town of Namur.

A report in Le Soir has it that Michel was speaking on his government’s upcoming economic policies at the Cercle de Wallonie club when two women from the feminist group LilithS covered him with chips and mayonnaise.

But, in fairness, Michel looks to have taken it in good spirits: 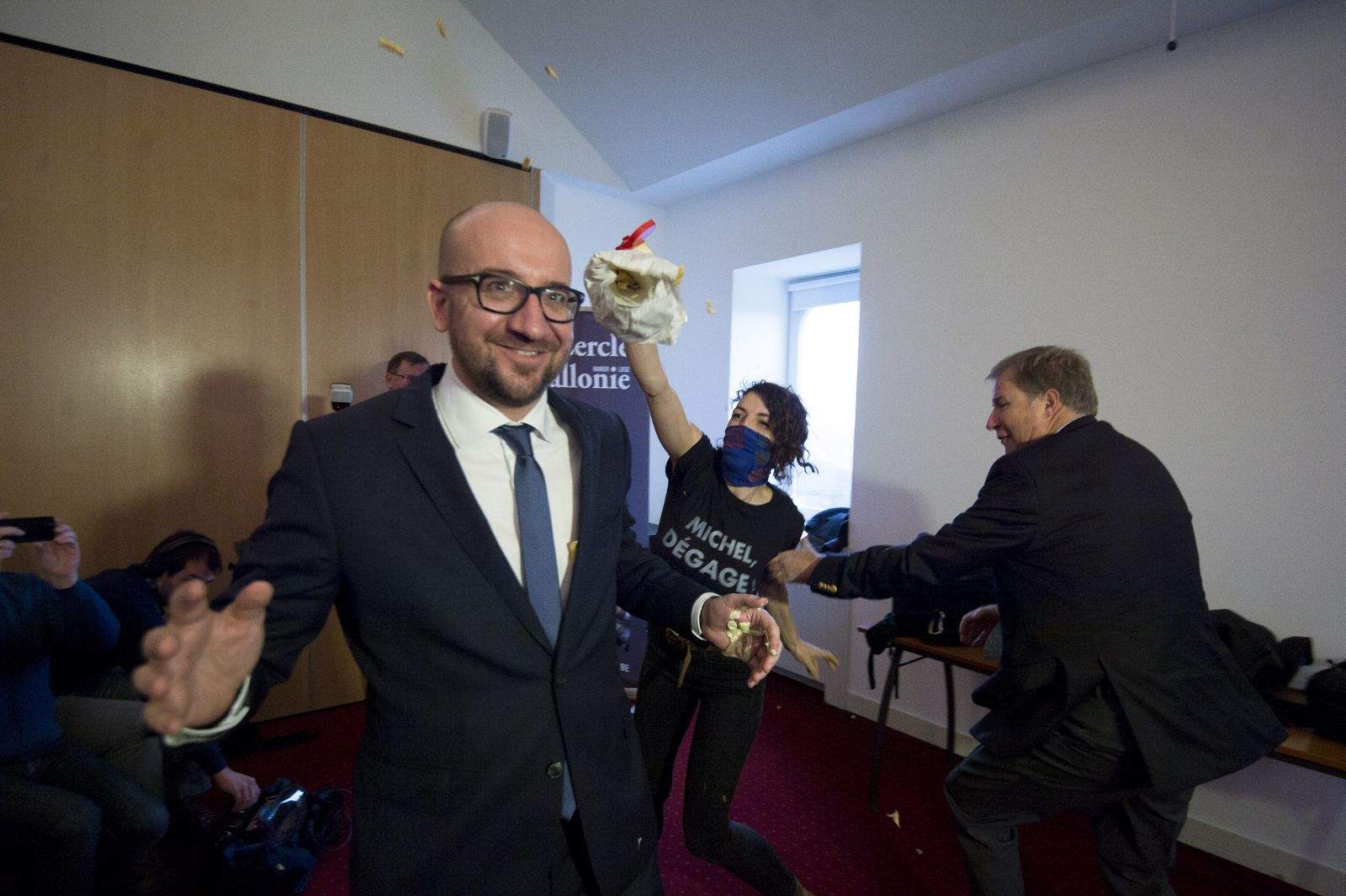 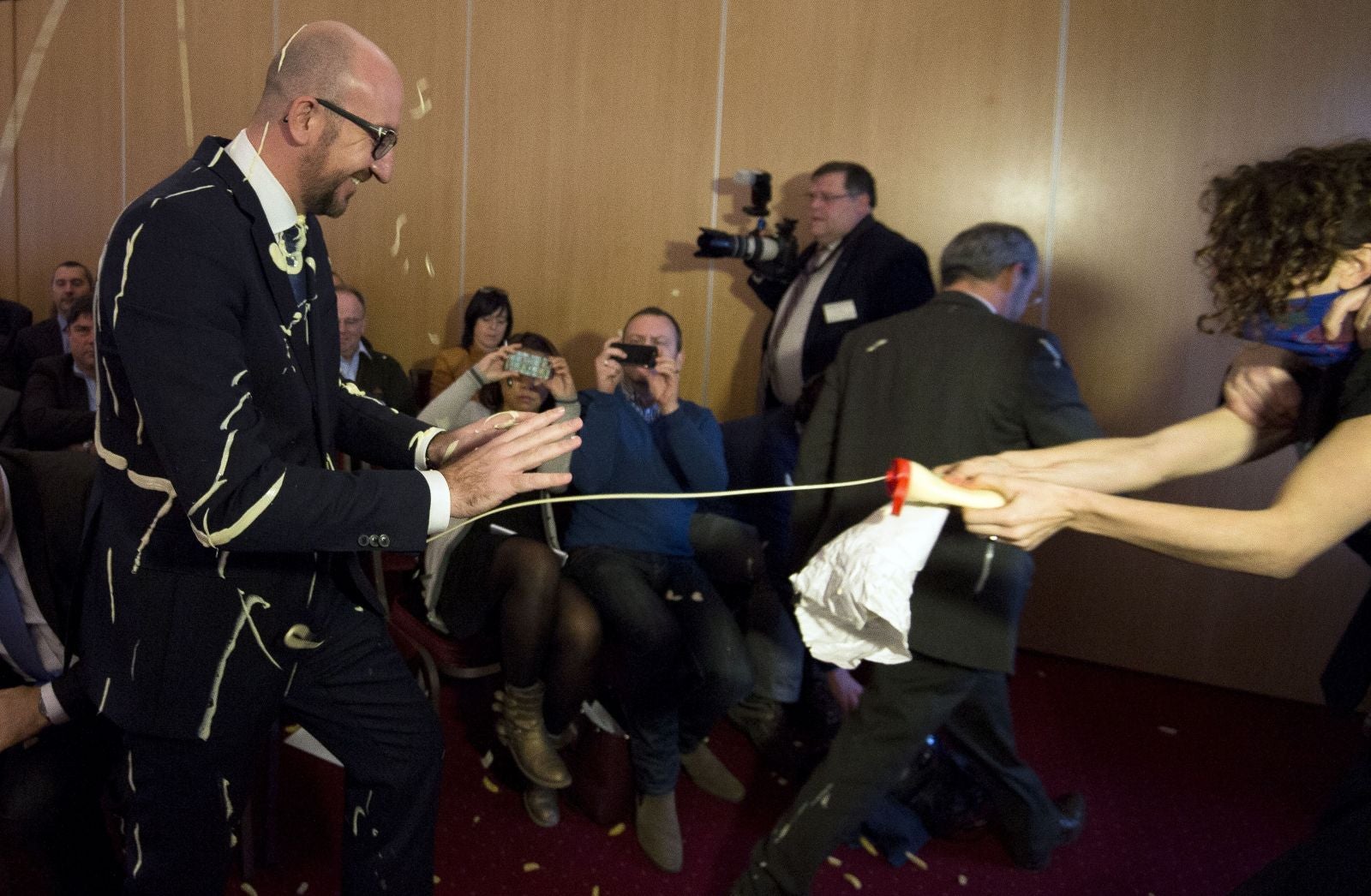