For those unaware of what Between Two Ferns is, it’s an online chat show hosted by Hangover actor Zach Galifianakis. The gag is he’s a terrible host, leaving his A-list celebrity guests sitting uncomfortably through awkward silences  after he asks terrible questions. The celebs are in on it, of course, and they can use it as a chance to show that they’re not as up themselves as they might look (see: Justin Bieber explaining that when he’s on stage he’s usually thinking “damn, I really wish I was watching Cops right now”).

Barack Obama, president of the United States of America, is Zach’s latest guest – although he’s credited as “Community Organizer” (sic) at the start. Zach hits Barry with the hard questions other interviwers won’t touch, like:

Obama, to his credit, manages some acting, and delivers a few decent quips (before ruining it by starting a long plug to get “young people” signed up to Obamacare). It’s hard to think of any top British politican pulling this kind of thing off.

It’s also worth noting that the leader of the free world makes this epic trollface right after insulting Zach’s weight: 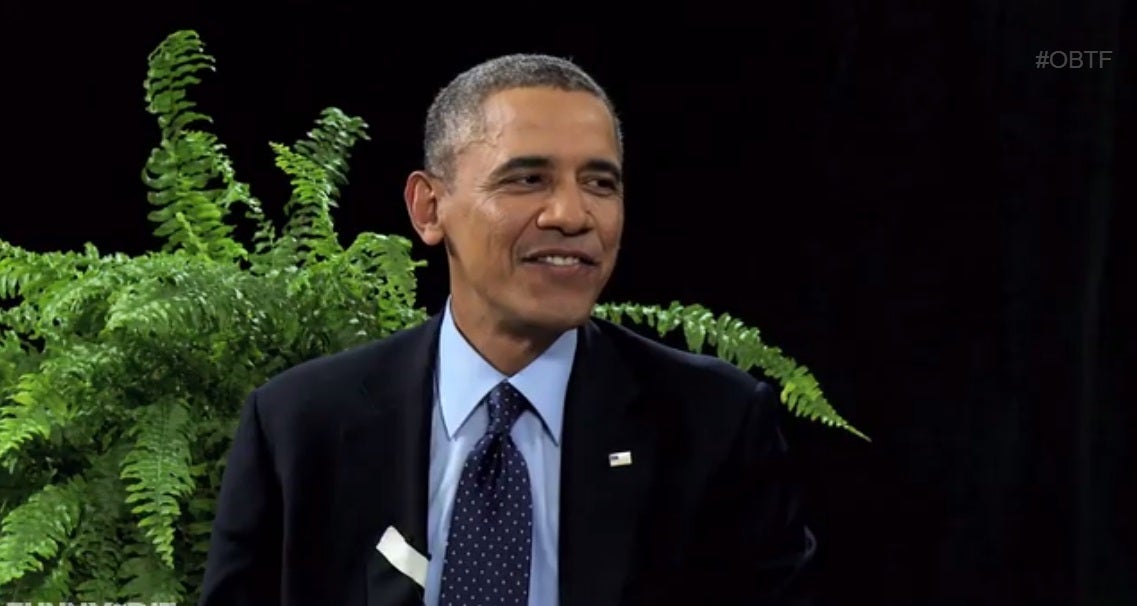 It’s the weirdest clash between internet culture and old school politics since, well, since Obama did a reddit AMA last year. Here’s the full video: