Water cannon are so last century. If Boris Johnson, the Mayor of London, really wants to subdue Londoners using militarised police, he could choose instead from the arsenal of modern non-lethal weapons scientists have created.

A simple upgrade to the water cannon, for instance, makes it possible to break the water jet into droplets that fire out like bullets; the effect is similar to being hit by particularly brutal hailstones. You can then electrify the water bullets, giving the crowd a low-level shock that forces it to pull back.

Or perhaps Johnson should copy the Israeli police force’s skunk bomb. This uses a water cannon to disperse an awful smell that sticks to clothing. As no one can bear to be around it, the odour breaks up demonstrations in no time. It was first deployed in 2008 against Palestinians protesting against the construction of a checkpoint, and was used in 2012 at the Qalandiya checkpoint outside the Palestinian city of Ramallah to quell an International Women’s Day celebration. 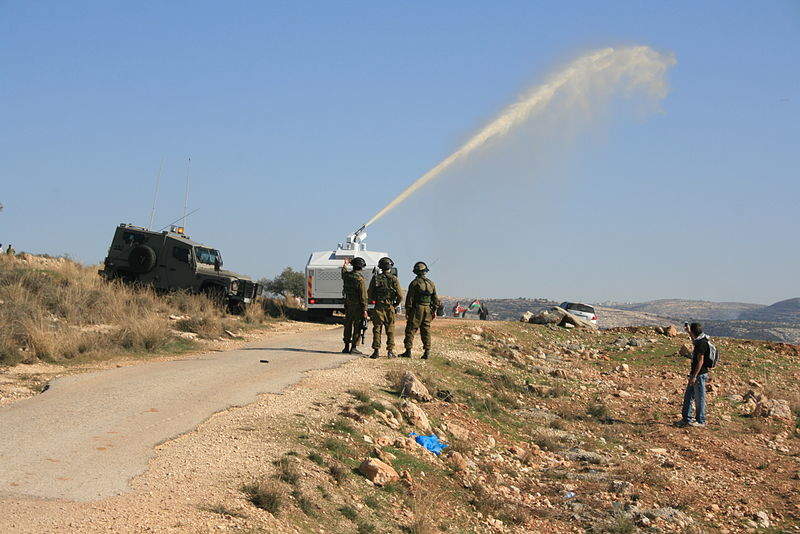 The Israelis weren’t the first with this innovation. During the Second World War, Allied researchers combined sulphurous odours to develop a chemical called “Who Me?”. The aim was to break up cadres of enemy soldiers by making their uniforms smell too bad for them to stay together. The updated version, developed by the US government’s Joint Non-Lethal Weapons Directorate, mixes this with a particularly noxious substance originally developed to test bathroom air fresheners. Standard Bathroom Malodor smells like really appalling excrement. Combined with Who Me? it is a hugely effective dispersant. Even showering and laundering your clothes doesn’t get rid of the stink.

If smell isn’t powerful enough for the mayor, how about sound? A 2011 patent application from the defence contractors Raytheon describes police riot shields fitted with acoustic horns that emit sound at a frequency that resonates the human windpipe, making it difficult to breathe. The crowd has no choice but to back off if it wants to stay alive.

The Active Denial System being developed for the US military is similarly effective. It uses a pulse of energy to activate the nerve endings in people’s skin, creating a burning sensation, as if you’ve been scalded by boiling water.

Then there’s the sticky foam designed to trap protesters and make them easy to arrest. Developed by chemists at the US Sandia National Laboratories in the 1970s, it sticks people where they stand. The US Marine Corps used sticky foam in Operation United Shield to help UN peacekeepers withdraw from Somalia in 1995. It’s not a perfect solution, though: subsequent evaluation at Sandia suggests that, although not lethal, the foam is severely irritating – to those who use it, that is. Because it often sticks people together, they will eventually need to be separated, requiring law-enforcement officers to get close to the people they have just assaulted with the weapon. As a result, the material actually “exacerbates control and restraint problems”, the Sandia report says.

In the next few weeks, the mayor will embark on a public engagement programme to see what people think of introducing the water cannon. According to a YouGov poll, 90 per cent of British people are in favour. Maybe the realisation that this will open the door to a range of rather more terrifying options will bring that figure, and the mayor’s plans, crashing down.