“I don’t want the English to think I think badly of their country,” Eva Kis says, close to tears. She’s soft spoken and hesitant; doesn’t want to upset anyone, doesn’t like to make a fuss. She’s 52 years old and comes from a Hungarian village that’s so poor, all the houses on her street are for sale and no one wants to buy them.

When she was offered a job in London as a nanny where she’d be needed all but three hours a day, she said yes without a moment’s hesitation: “I needed the money: not many people want to hire a middle-aged woman like me.”

Once, Eva was the headmistress at the local school. Three-quarters of her salary went on paying off the mortgage of a house the bank refused to repossess. “When my husband died four years ago I realised I could barely pay the mortgage and the bills, let alone eat,” she says. She found a newspaper ad of an agent promising work as a nanny in the UK. Eva’s English is elementary at best, but the ad made no mention of language skills so she applied and was offered a job nursing a newborn baby for £200 a week.

Eva took out a loan to pay for her plane ticket, which the agents, a Hungarian and a British woman, promised to pay back. They never did. A taxi picked her up from the hotel and took her to a semi-detached house in north London. “My employer told me I could have one day off a week, which was fine,” she says, “But that’s almost all they said to me.” 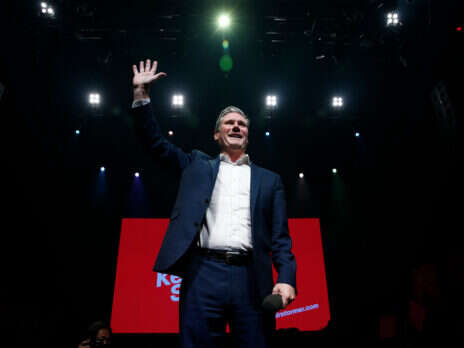 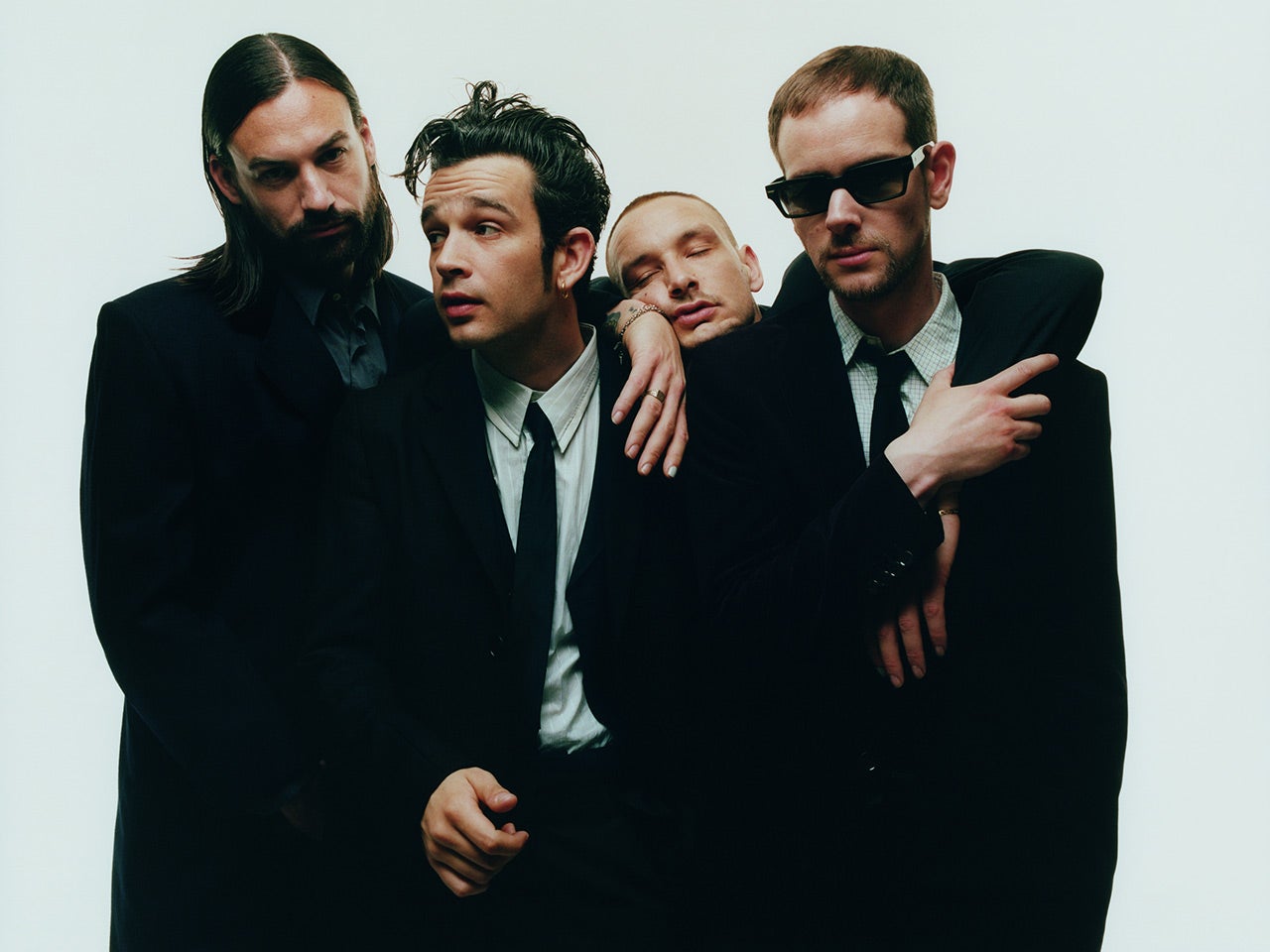 Eva was taken to the baby’s room where she would sleep, and was left to tend to the baby. A few hours later she took her break and went outside to smoke. “I’m not stupid” she says. “I knew I couldn’t smoke near the baby or in the house. But I’m a smoker and no one said it wasn’t OK to smoke outside.”

“I came back into the living room and the mother and grandmother were sitting there. The older lady could smell that I had been smoking, and asked if I had smoked. I said yes, and she asked if had smoked in the house and I said no.” The next morning she got a call from the agent, telling her to pack her bags. Within an hour she was on the street, with only £20 to her name – payment for one night’s work.

“I’m not the fighting type,” she says, again and again.

Eva had to contact the one family she knew in London, who took her in while she waited for the agent to get in touch. A few days later she was offered her second job. As before, she would have three hours off a day and one day off a week. The rest of her time was to be spent nursing a newborn baby. “I was hopeful that there would be no problems here and decided not to smoke at all,” she says.

Her employer lived with her sister, who had also recently given birth and taken on a Hungarian nanny. The two nannies were to sleep in the same room together with the babies. Eva got very little sleep. Both babies cried on the first night, and then on the second. Eva cared for both so that the other nanny could rest. “I was exhausted, but also pleased with myself because I knew I was doing a good job.”

On the third morning, she got a phone call from the agent.

“Where were you last night, why were you ignoring the baby?”

“The grandmother says you ignored the baby all night.”

She tried to protest, but the agent simply told her to pack her bags, get out of the house, and slammed down the phone. Eva went to find the grandmother and asked in pidgin English what was going on. The grandmother shrugged and said: “Not enough money for two nannies.” She handed her £40 for the two nights, and called a cab which Eva had to pay for herself – leaving her with £8 in her pocket when she arrived at her friend’s house.

She’s talking via Skype at her daughter’s house in Austria. She’s too tired to talk about the coach journey there. Or about her daughter, who has put her up for now but who also struggles with the rent. Or her young grandson, who was born with an intestinal disorder and is very ill. Or the loans she can’t pay off, the jobs she can’t find, the mortgage she can’t pay off.

I ask her what she’s going to do now. She says she doesn’t know.

“There are no miracles,” she says, smiling weakly. “And I don’t expect any.”

We contacted one of the agents who promised Eva work in the UK, and asked them to explain themselves. It wasn’t very convincing, to say the least. First she claimed Eva “looked like she was on drugs”, then she claimed that her attempts to place people in work was “more or less a charity thing,” and that’s why Eva didn’t get any kind employment protection and was left homeless, but for the kindness of her friends.

There’s a wider economic context to this story. The issue of black market work hasn’t really hit the headlines since the Morecambe Bay cockling disaster of 2004. It seems there’s a lack of will – from politicians or the public – to question where we’re getting some of our cheapest labour. We don’t have an official figure for Britain’s hidden economy, but the loss to the Treasury has been estimated at £2bn a year. A number of politicians wondered how big an impact it had on the great “jobs enigma” of 2012, when unemployment fell despite a terrible economic outlook.

Eva fell victim to the familiar caprices of the unregulated jobs market. But a recent report in the Budapest Telegraph about moving to London shows that far more outright criminality is commonplace. It talks of many complaints from Hungarians who’ve been conned by dodgy “employment agents” who charge tens of thousands of forints (10 thousand forints is roughly £25) as a “registration fee”, and promise a secure job. The paper offers advice:

It is often blue collar workers with no language skills who find themselves at an airport without anyone waiting for them, and all they have is the first name and the phone number of the person who conned them. Employment agents should never be paid up front. A convincing and detailed website is no guarantee either as these sites often disappear after a week or two. . .

The paper also reported that two to three people a week contact the consulate in London asking for money to travel home because they haven’t been able to find employment and can’t afford a ticket home. If there’s no one back home who could send money, all the embassy can do is shift them to the nearest homeless shelter. As Alan reported last year, this makes them even more vulnerable to criminal labour gangs.

Earlier this week, Chuka Umunna, the shadow business secretary, said a change to one of the founding principles of the EU – freedom of movement – should be introduced to prevent EU citizens travelling to Britain in search of work. He said the last Labour government had been wrong not to impose work restrictions on Hungary (and seven other eastern European countries) when it joined the EU in 2004.

Whatever your views on this, it’s fair to say such rhetoric ignores the bigger picture. As Fazia Shaheen, a senior researcher at the New Economics Foundation argued late last year:

A surge of new migrants can indeed have an impact on the labour market, but this depends on the number of jobs being created (which can be boosted by the ability of businesses to produce more and by immigrants spending their earnings), if there is a drop-off in activity among the existing population (because of retirement for example); and if immigrants fill existing skills gaps […]

The real question here is why we focus so much on immigration rather than the structure of our economy, the creation of good jobs and how we might increase the power of employees working in cleaning, care, hospitality and other low paid sectors.

Immigration will always carry a combination of benefits and disruptive impacts. But the story of what happened to Eva, and to the cockle-pickers in Morecambe Bay, and to thousands of others we never hear about, is useful in one regard. It is a useful bellwether for how we are treating our lowest-paid workers – whether British or foreign.