We’re living through the 3D printing revolution, although it’s happening so slowly you would be forgiven for not realising it. But then mobile phones snuck up on us too – in less than a decade from a thing that did calls, texts and Snake to one of the main enablers of African economic growth. You’ve got to keep on top of these things. That might mean literally getting onto a piece of furniture made from fungus.

There are two parts of what 3D printing entails. There’s the actual printing, and then there’s the system that generates the models that are printed. The latter of these is the revolutionary bit – it means that we’re going to end up facing the problem of object piracy, and the reversal of the Industrial Revolution’s centralisation of production for certain kinds of products.

In other words, it means you might be printing out a new screen for your iPhone in ten years’ time instead of paying Apple for the privilege, using a 3D model you downloaded from someone else on the web who in turn used their home scanner to copy their intact one.

There are rabbit holes within rabbit holes that we could chase this train of thought down but let’s leave it for now, and instead turn to the other half of the 3D printing coin – materials. That’s where the fungus comes in.

The BBC’s The Responder: Not just another police drama

Eric Klarenbeek, a self-described “artist of the unusual” (he’s not wrong), has, along with the University of Wageningen, created the MyceliumChair. Mycelium is a bit like the root bit of a fungus, the long, wiry, almost hair-like strands that grow through the soil in search of nutrients. Klarenbeek 3D prints objects using a material that is just a mash of wet straw and mycelium spores, like so: 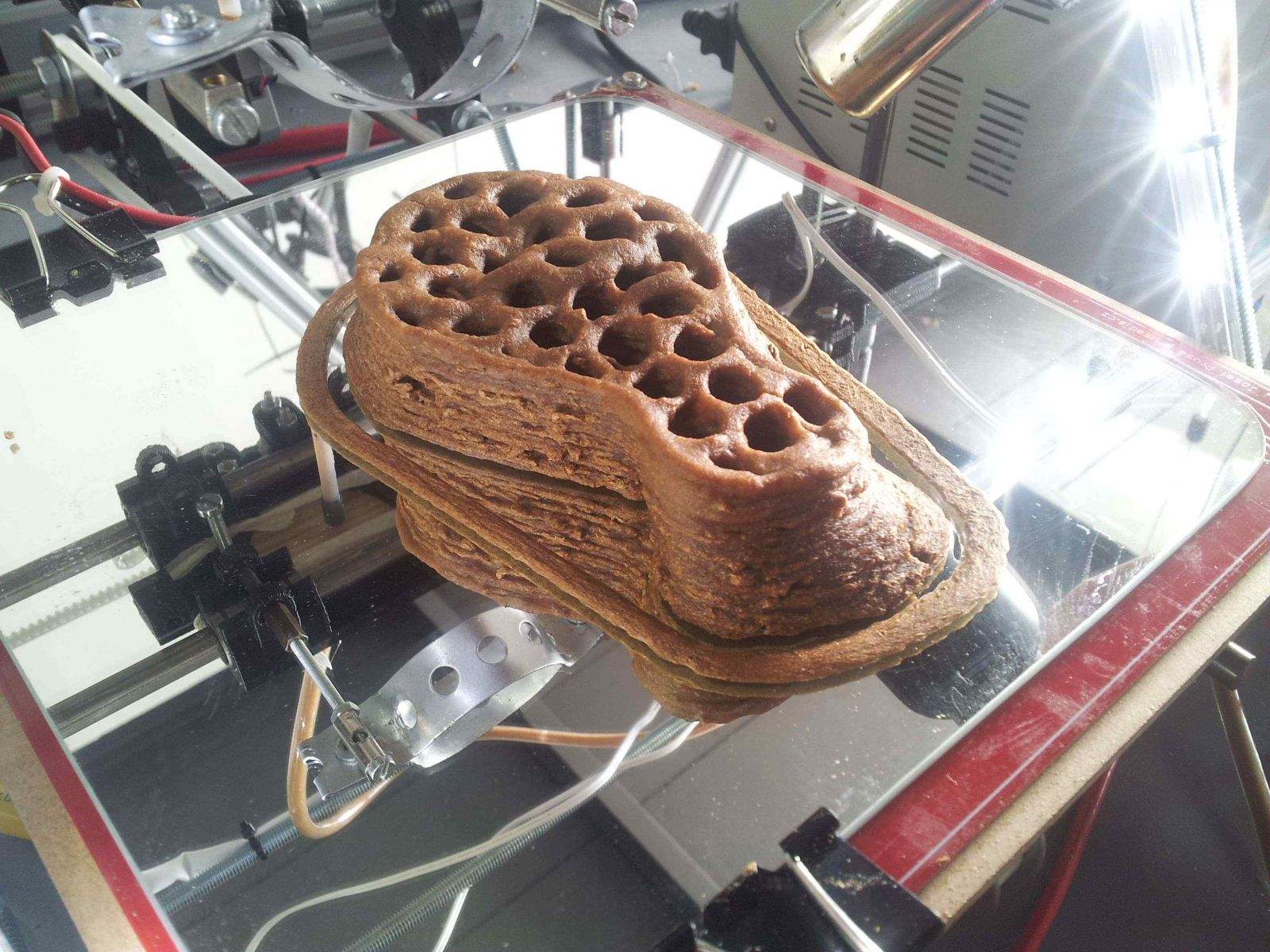 The mycelium grows, absorbing water and filling the gaps between the straw, creating what Klarenbeek considers to be a very strong – yet lightweight – material. What you see at the top of this article is the final chair, dried out and wrapped in bioplastic to stop the mycelium growth getting out of hand.

Think of it as one-piece carpentry. The shape of the chair is deliberately a bit out-there to reflect that it’s a grown, living thing, but there’s no reason you couldn’t just as easily grow yourself a mycelium Chippendale if that’s your taste.

This chair is really a metaphor for what could be made with this technique of 3D printing a living organism and then have it grow further. It could be a table, a whole interior or even a house. We could build a house with it.

This isn’t as unbelievable as it sounds – there are a growing number of engineers, architects, designers, and scientists who are experimenting with the strength of natural forms and materials.

German architect Ferdinand Ludwig has spent time growing trees in formations that allow platforms to be more easily suspended between them. The Living, an architectural practice in New York City, has been experimenting with genetically engineering bacteria that will make things like bricks as a waste product. And, for those who truly have no qualms, Mitchell Joachim has drawn up a proposal for a house made of a artificially-grown meat.

It almost makes a fungal chair seem quite tame, really.