Would you put a camera in your daughter’s bedroom? Gordon Ramsay would. Last week, the celebrity chef boasted jokily on Jonathan Ross that he’d done just that to his fifteen-year old to make sure she and her boyfriend aren’t getting up to anything untoward. Barbara Ellen jumped to his defence in the Guardian, explaining that she has installed a webcam to spy on her own teenage daughter just to check that she is always doing her schoolwork when she should be. Parents, it is assumed, are allowed to spy on their children to whatever extent technology allows, particularly if those children are girls. The logic of constant surveillance – already employed in many factories and workplaces, where every minute of an employee’s time is now mechanically accounted for – has been extended to the home in a way that, were it to involve a relationship between adults, would immediately be pegged as abusive.

I was alerted to this disturbing trend by the Telegraph’s Mic Wright. Wright has reported before on the trend of liberal parents using the same tracking technology they would quite like various nation states to stop deploying against citizens to spy on their own children – specifically, on their daughters. It is significant that it is daughters who are subject to this sort of surveillance – being tracked on their parents’ smartphones, having their online activity monitored or, in Barbara Ellen’s case, having to put up with the parental panopticon checking that they’re always working and never fucking.

It has become a cliche for parents to snicker that whilst their sons may engage in whatever extracurricular activities they please, their daughters will be locked in their bedrooms until marriage. The joke wasn’t funny even when the worst concerned parents could do was scrabble under their children’s beds for sex toys and stimulants. Writing in The New Inquiry, Rahel Aima was amongst the first to link contemporary creeping surveillance with the patriarchal gaze, which she says is “something seemingly basic but as yet unacknowledged: these new ways of watching are unavoidably gendered technologies of control and domination.” 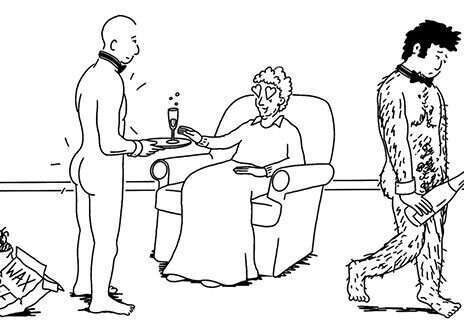 This England: What the butler showed 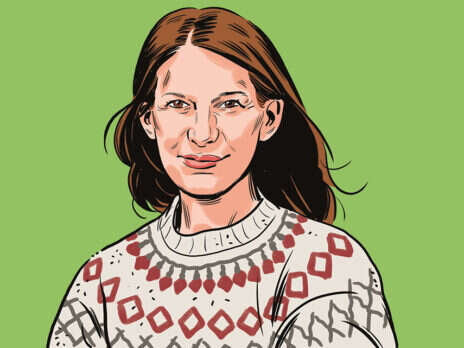 Apparently, it took the preponderance of closed-circuit television cameras for some men to feel the intensity of the gaze that women have almost always been under … It took Facebook. It took geo-location. That spirit of performativity you have about your citizenship now? That sense that someone’s peering over your shoulder, watching everything you do and say and think and choose? That feeling of being observed? It’s not a new facet of life in the 21st century. It’s what it feels like for a girl.

It’s not just parents who watch young women, of course. Intimate surveillance, as I discuss in my book Cybersexism, creeps into every aspect of young women’s lives; from curated selfies to policing of Facebook photos to the sexual exchange and currency of nude photos and videos, women and girls grow up expecting to be on camera, and fretting about controlling how and by whom we are seen.

To be a white, middle-class male in this society is to live without a certain sort of scrutiny that people from other demographics grow up expecting. It makes sense, therefore, that one so often sees white, middle-class guys leading the charge against surveillance technology online and elsewhere. People get angriest about rights and freedoms being taken away when they have grown up expecting those rights and freedoms as a matter of course. This does not invalidate anybody’s rage when the rules of engagement with a state are rewritten without our permission.

The special sort of adulthood that comes with not being watched, with being free in the short-term to take responsibility for your own actions, is a privilege of which white men get an extra helping. Women and girls, for example, are generally watched more closely by their parents because of the ongoing terror that if they’re not kept tightly under control they will end up pregnant, unemployed, abused, or all three. Implicit in that that constant surveillance is a denial of adult agency.

One of the uncomplicatedly wonderful things about being a grown up is not always having to explain your behavior. To have ice-cream for breakfast, lunch and dinner until you’re sick of ice-cream. To go to bed with people who are personally unsuitable or politically unsound. To take the train to a new city without saying goodbye. I’m not suggesting you do any of those things, or that they come with no consequences. I’m just saying that if you no longer live with your parents, you probably could if you wanted to.

Part of growing up is grasping for that unwatched place, testing the boundaries of irresponsibility, evading intimate surveillance in order to establish boundaries of our own. We cannot speak seriously of young women’s freedom if we never let them push at those boundaries. To live under constant surveillance is to learn submission, and young women know this more than most.  No wonder Barbara Ellen’s daughter chucked her camera in the bin.