The Consumer Electronics Show, currently being held in Las Vegas, is persisting with the use of “booth babes” – models paid to drape themselves over otherwise fairly mundane updates of technology.

The BBC has a report here, which notes:

While models have been banned from technology and gaming expos in China, the US is seeing a steady growth in their use in marketing. Critics say their presence is degrading to women and contributes to the fact that so few women want to take up careers in engineering.

I’d argue that their presence is also fairly degrading to men, since the reason for their existence is the presumption that men can only be interested in new phones and tellies if they are strapped to the hotpant-clad ass of an attractive woman. Experience would suggest this is not the case. 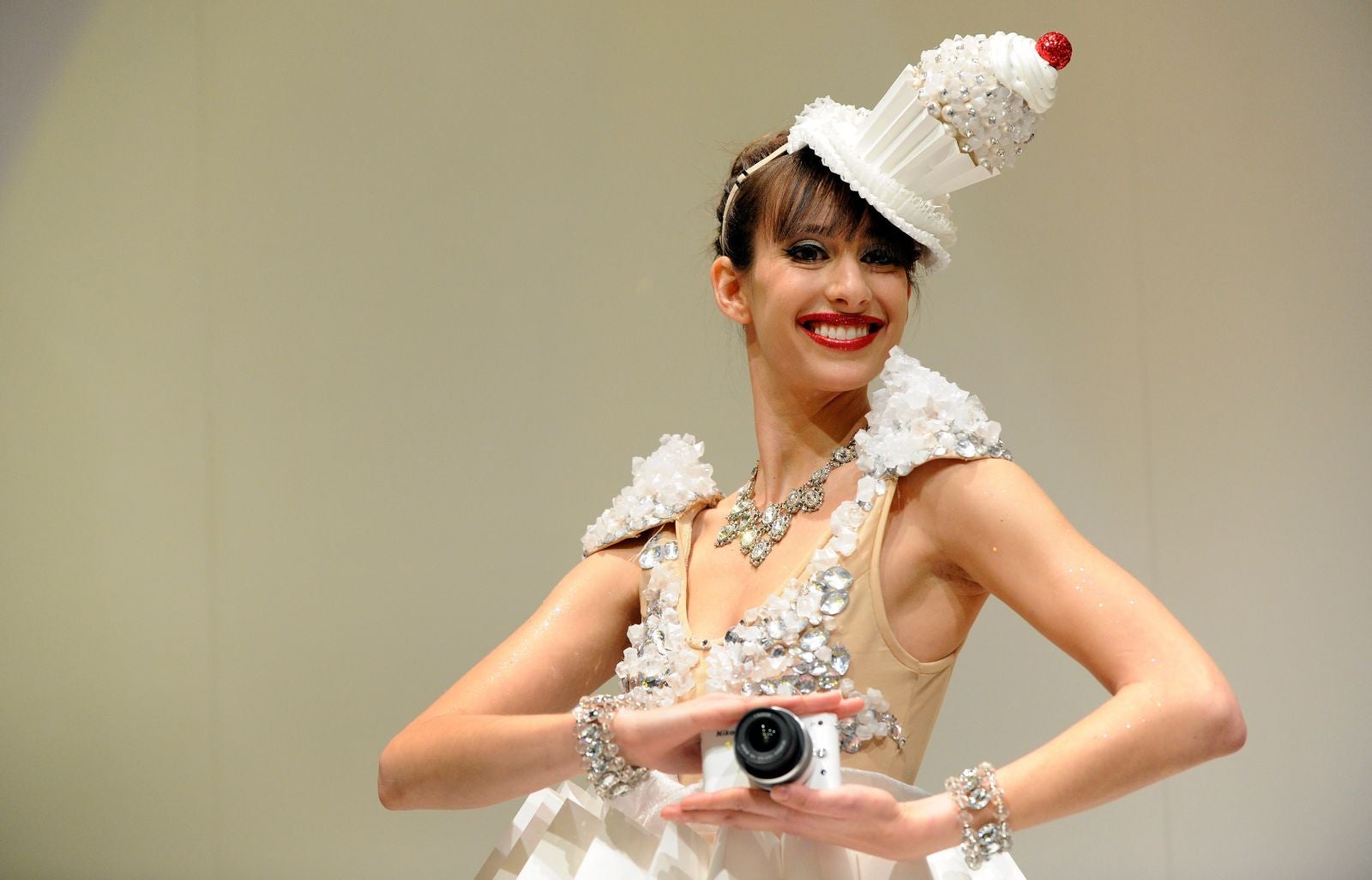 My God, Nikon, now you mention it, your camera will go exceptionally well with this couture dress and oddly nipply cupcake hat!

And that was by no means the most ridiculous booth babe moment. I only have a limited Getty pictures subscription, but a search for “CES” and “model” turned up all of these. I’m sure there are far more: 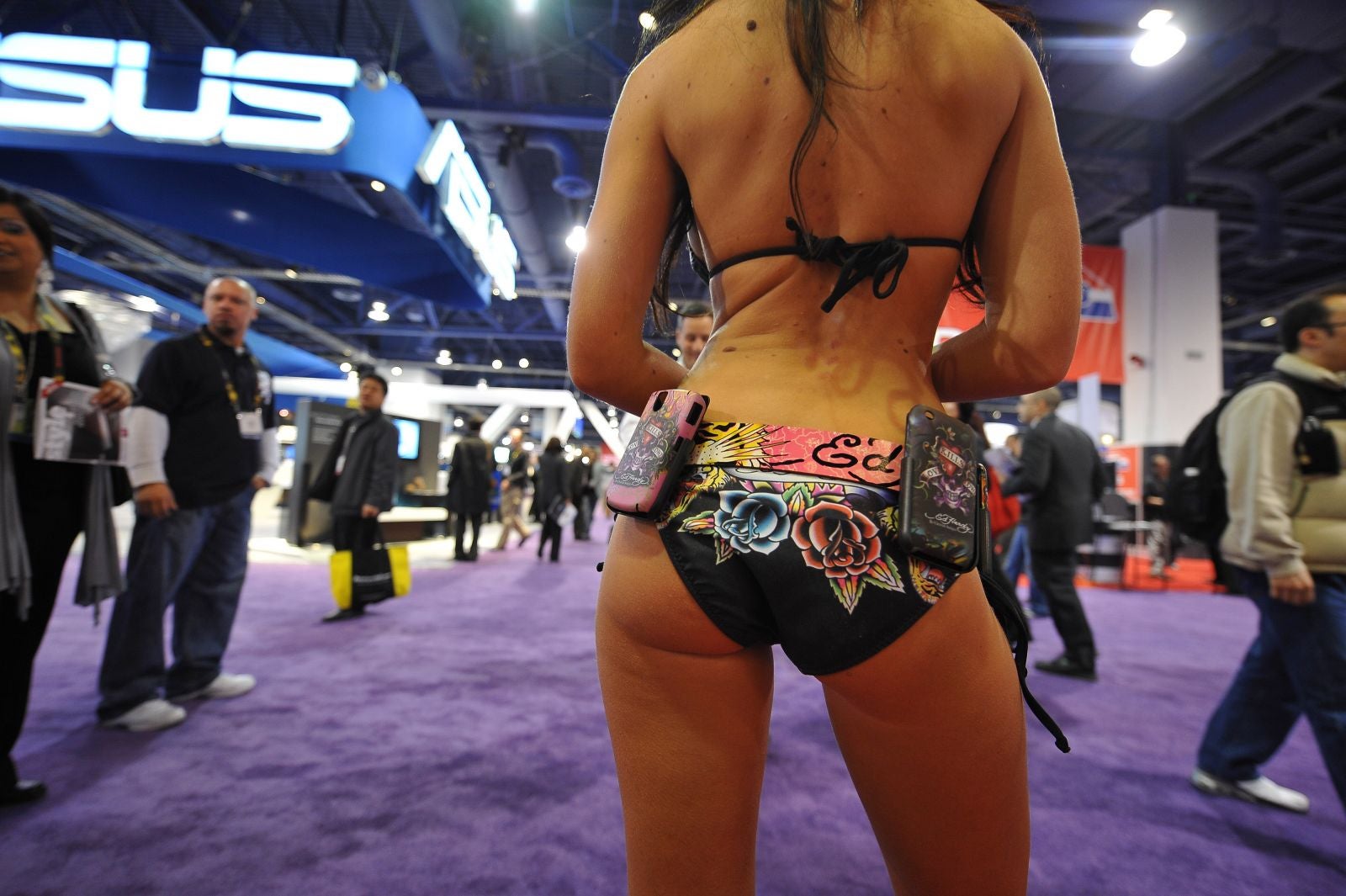 “Yeah, I’m quite interested in buying one of your mobile phone cases, but will it go with my butt? I’m very keen on accessories working with my butt.” 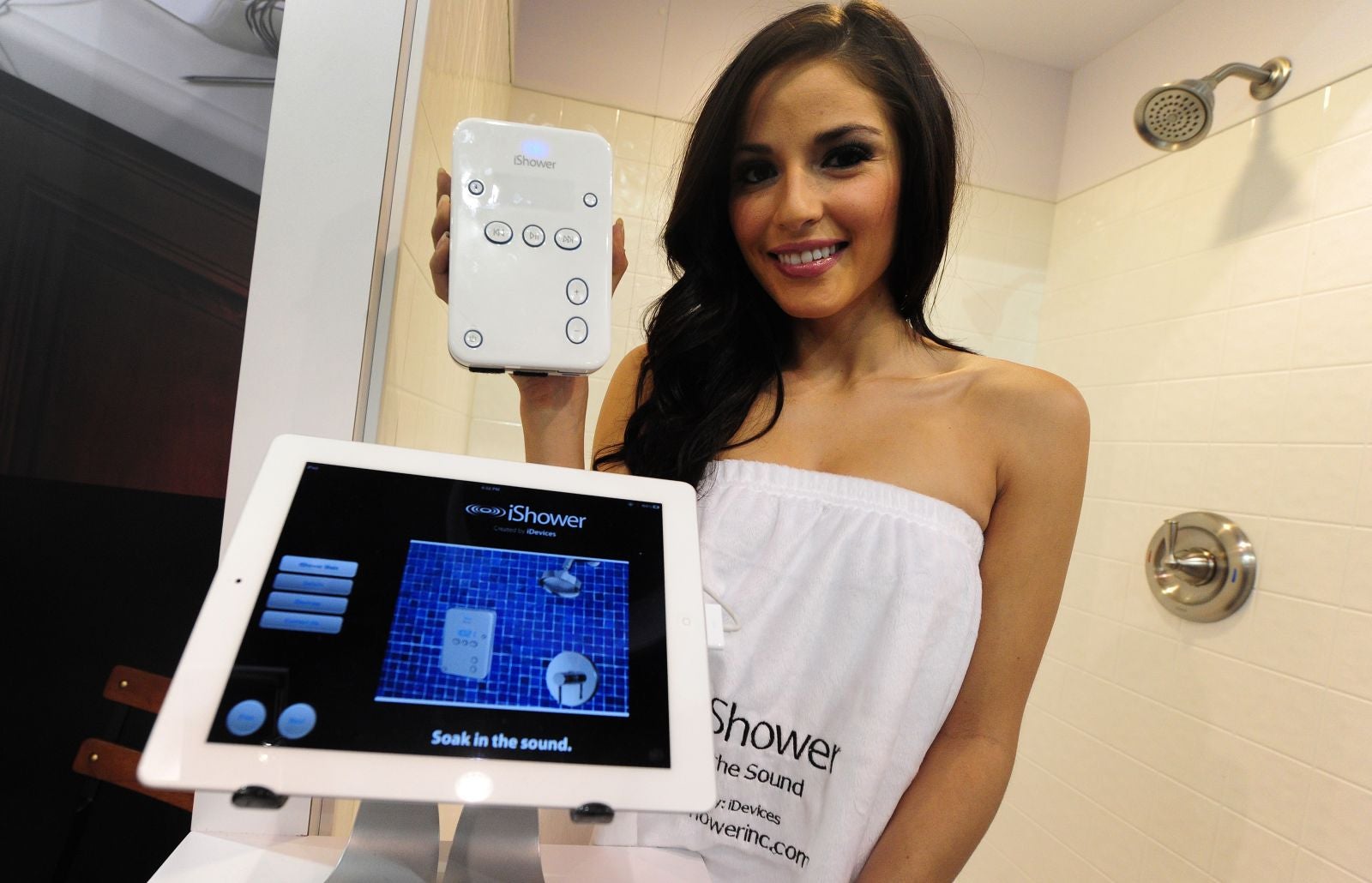 Who could have imagined what the iShower speaker – “an easily detachable Bluetooth enabled shower speaker with complete compatability with any Bluetooth audio streaming phone, tablet or computer” – would look like without the assistance of a woman in a branded bathrobe? 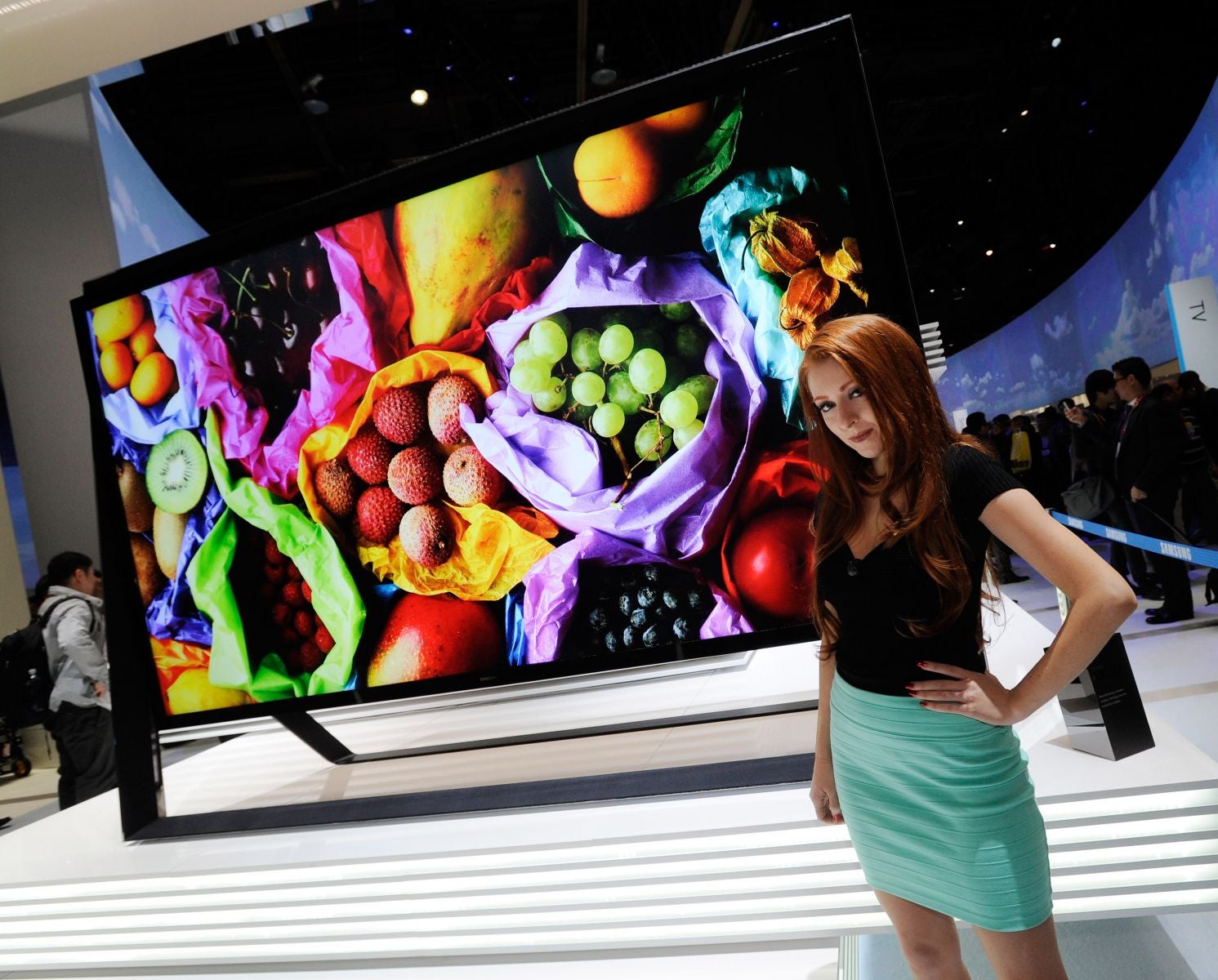 Praise be! At last someone has found a way to make men interested in needlessly gigantic televisions! 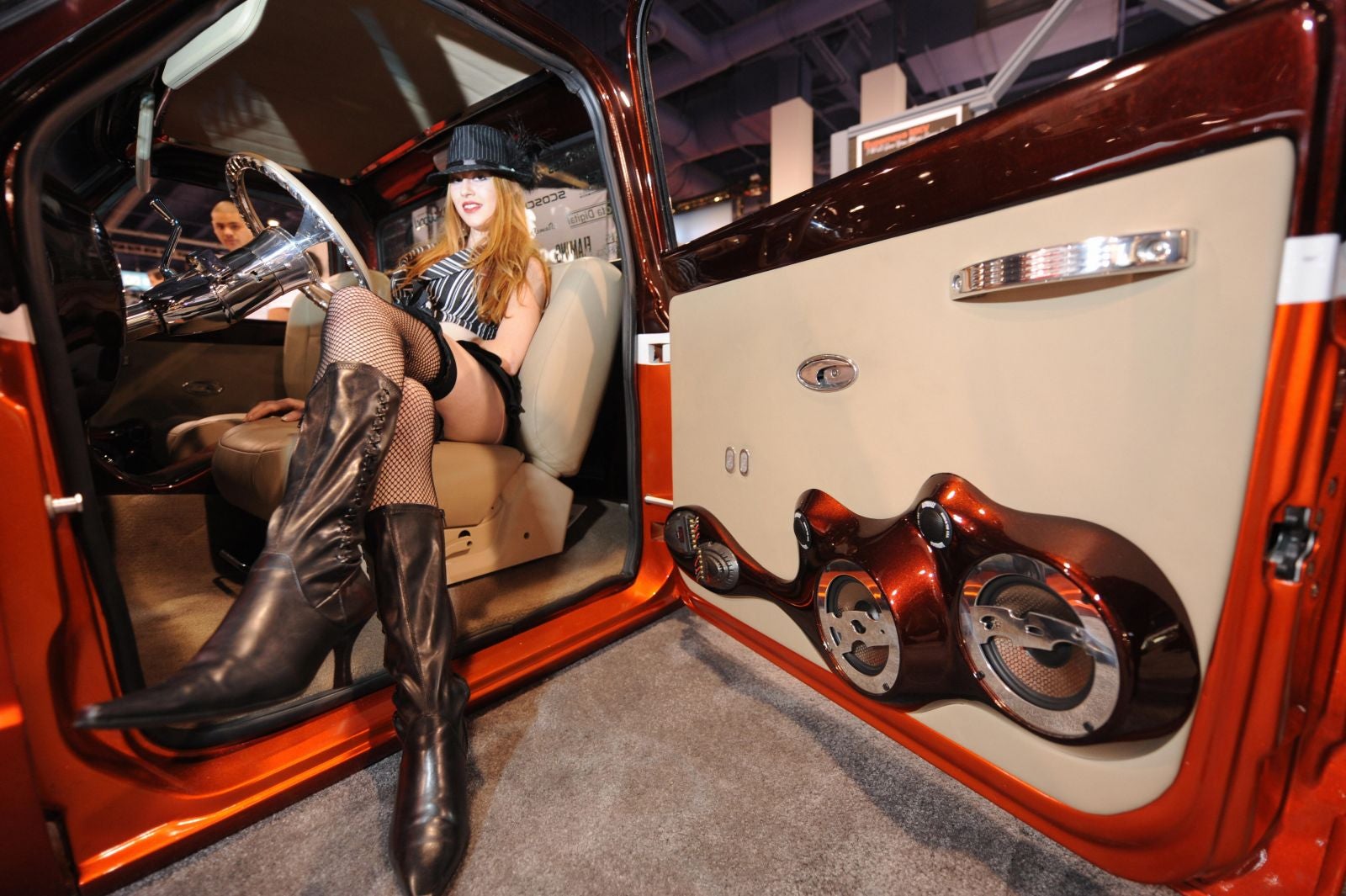 Guess what this lady is selling  . . . yep, car door speakers. Which are best enjoyed in fishnet stockings. 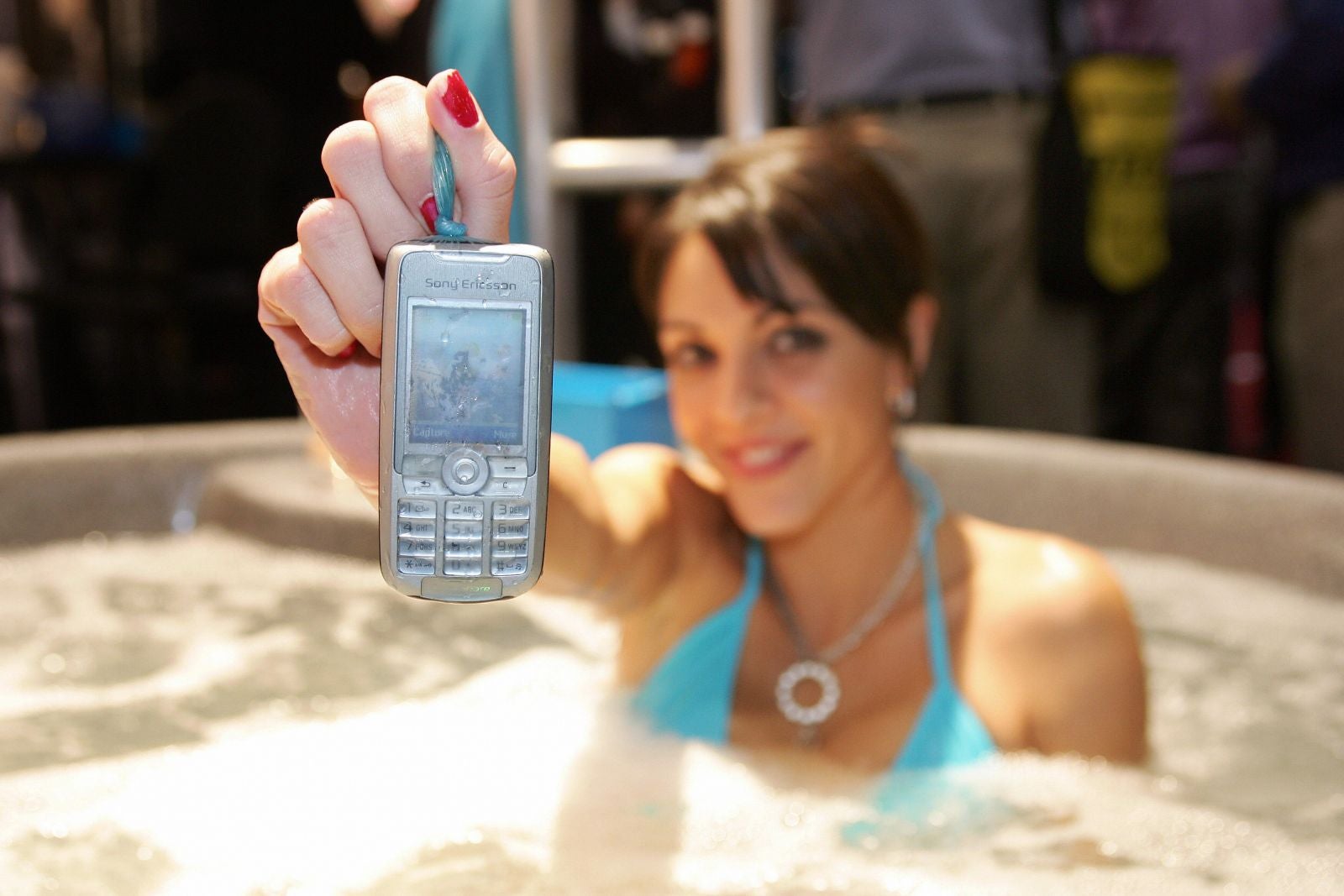 I’m going to give the people behind the “SKINS” single-use waterphone mobile phone cover a pass, because they are essentially selling a phone condom, and therefore need all the help they can get.

Incidentally, many places have banned “booth babes”, including the Eurogamer Expo. As their managing director wrote last year:

We’ve always had an informal guideline regarding booth babes: we don’t think they are right for the Expo. When we talk to publishers and exhibitors, we discourage them from bringing booth babes – and encourage them to bring developers.

Of course, exhibitors need to bring staff to the show, but they should be interesting, cool and exciting (Master Chief was /amazing/!) and knowledgeable (developers and publisher staff) rather than pretty girls in revealing outfits just for the sake of it. We want the show to be friendly, and all 50,000 attendees to feel comfortable.