One of my favourite things about working for a print magazine is choosing the front cover every week. There’s still something weird (in a good way) about sending an image to the printers in the New Statesman offices on a Wednesday, and then walking past it in the newsagent the next day.

Every autumn, the NS does three issues with extra content, timed to coincide with the party conference season. This year, we decided to use a flap on all three issues, so that we could have an illustrated cover with no words. It gives us a chance to commission something beautiful without worrying about putting “sells” all over it.

For the Liberal Democrat issue, we turned to Martin Rowson, a Guardian editorial cartoonist and longtime NS contributor (you can read about his first commission for the NS in my piece here). He has drawn Nick Clegg as Pinocchio for some time now, and we wanted to riff on that. We also knew that the position of the cover flap, down the left-hand half of the page, provided the opportunity for a “reveal” – who was pulling Clegg’s strings.

Here is Martin’s rough outline sketch for the cover, which shows how he traces the basic positions of the figures. He also told us at this point that he planned a rich, “Disney workshop” background colour, which would work with the Lib Dem colour, yellow. 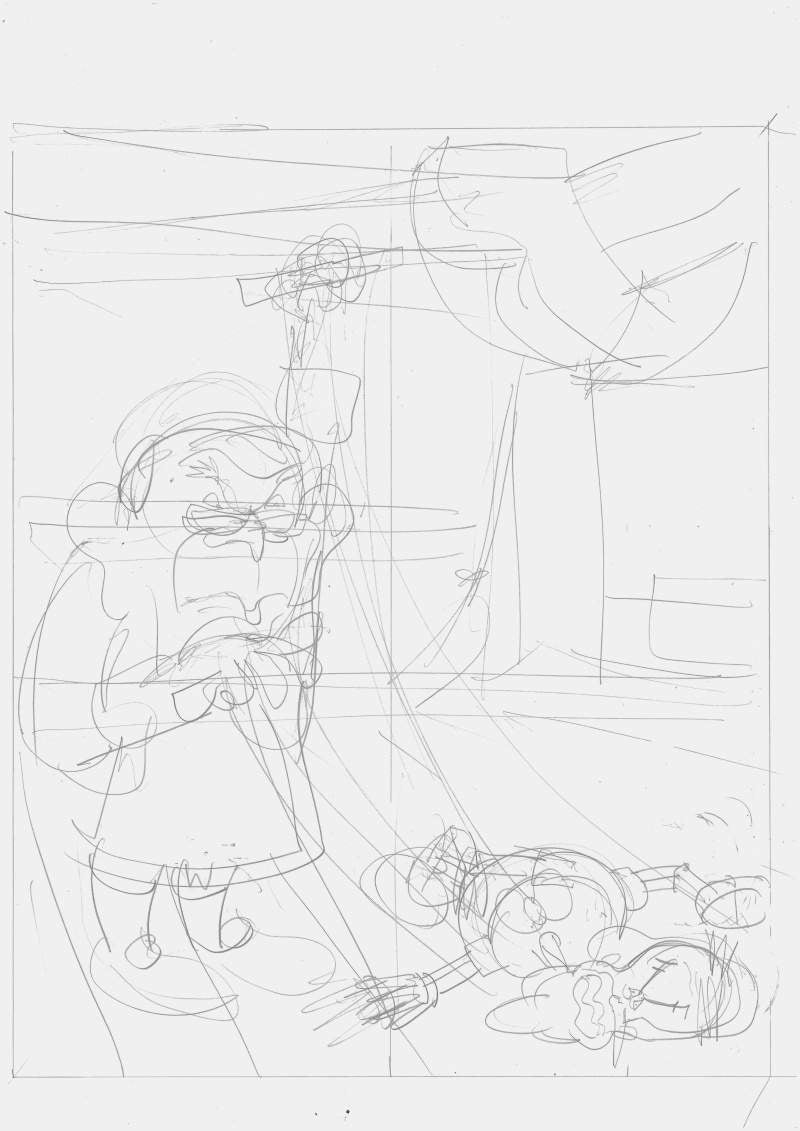 At this point, we had a chat about whether the strings trailing under the flap would ruin the “reveal”, and what Vince Cable’s Geppetto should be doing. We decided he should be cutting, rather than pulling, Cleggochio’s strings.

So Martin went away, wished upon a star, and came back with this painting: 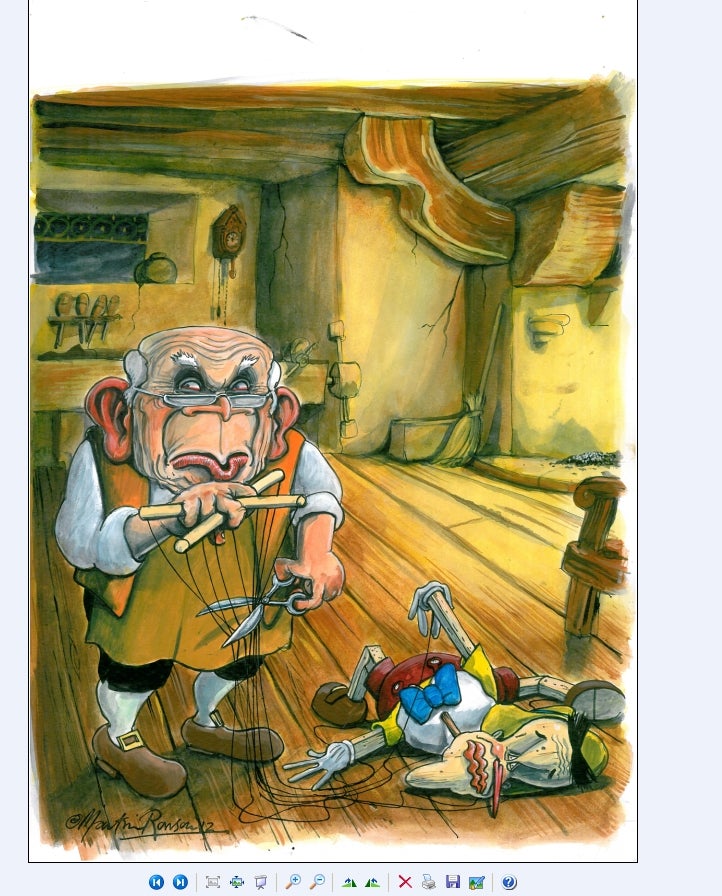 … which I hope you’ll agree is absolutely beautiful.

All that remained for the finished cover was adding a few details – that’s “Lords Reform” burning on the fire there, and Jiminy Cricket has what looks to me very much like a Bullingdon waistcoat on. 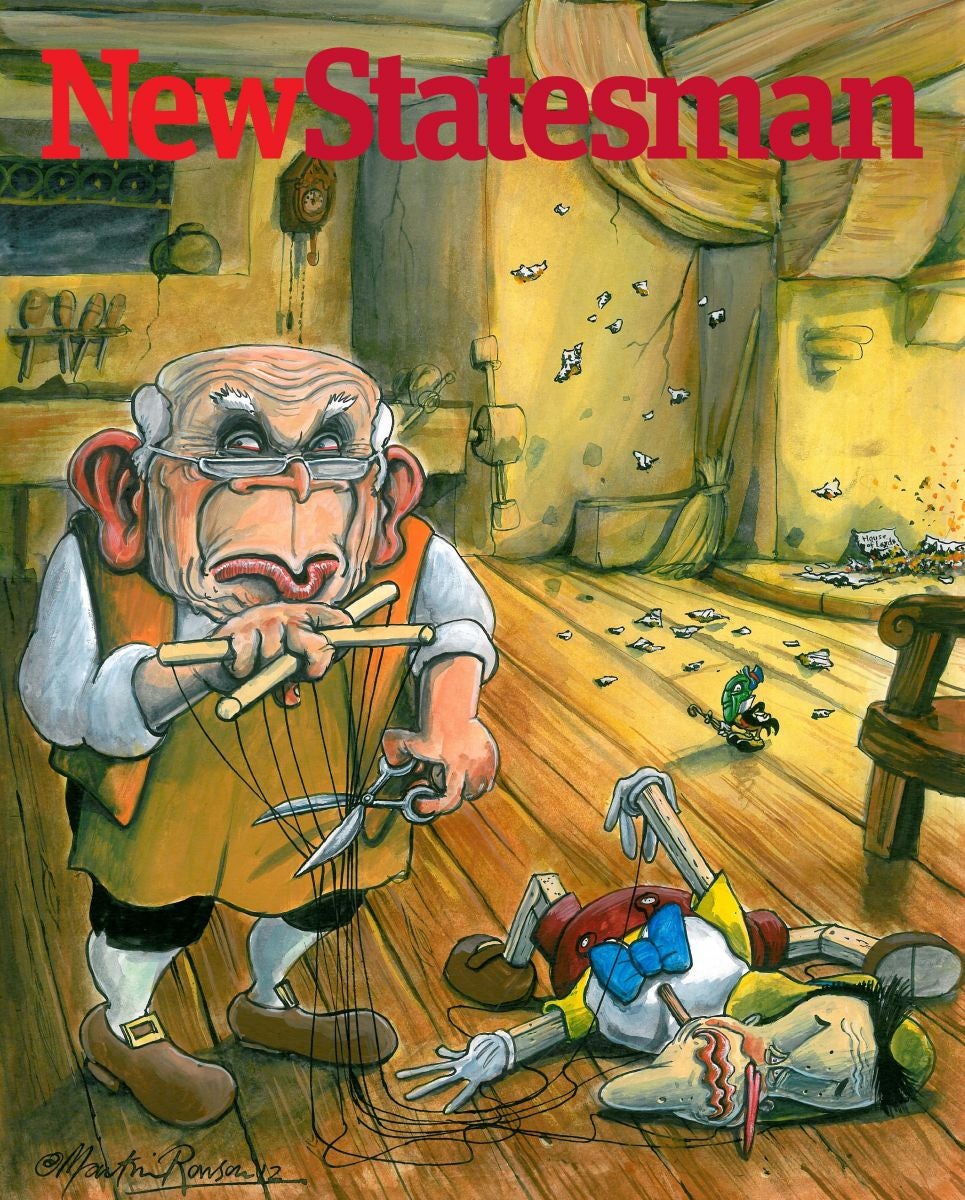 And here’s the version with the flap (as you can see, the finished colour has ended up moving from orange to yellow a little): 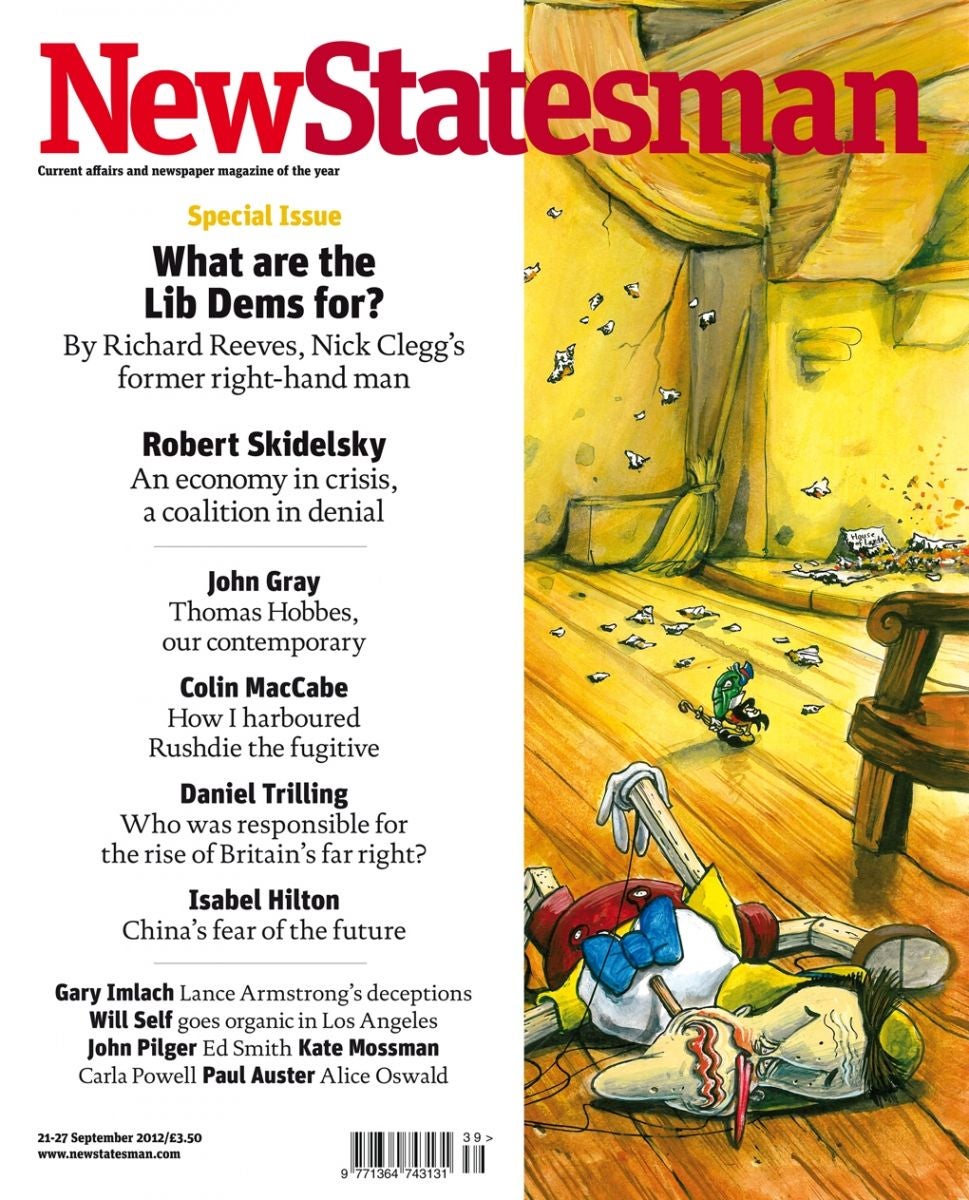