July has been a month of reckoning for Twitter. The transformation of the company from “mere conduit” into a media player in its own right was signposted from a long way off, but it has gone from proposition to reality.

First, the company doubled-down on its demand that developers of third-party apps include “all of the features” of the official client. Some of these features, like inline viewing of linked images and articles, might be welcomed, but others – like Twitter’s euphemistic “promoted tweets” (ads) – are unlikely to be.

Last week, the rejection of Instagram from some APIs proved that the company was serious about its biggest asset: its network. No longer will the (Facebook-owned) social network be able to encourage people to sign up with the promise that it’s easy to follow the same people they do on Twitter – which also makes it more difficult for people to export their “social graph”, the people they follow and are followed by.

And yesterday, we saw a worrying sign of Twitter’s corporate future. An Independent journalist, Guy Adams was censored for (maybe) breaking one of the company’s terms of service, but it seems like the case was handled abnormally due to the fact that Adams was criticising NBC, with whom Twitter has recently partnered to cover the Olympics. The broadcaster was told of Adams’ tweets by Twitter itself, which finally released a statement accepting culpability, and explaining how the cock-up happened yesterday. 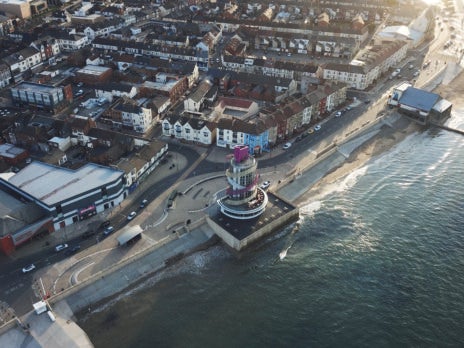 The problem is that there is a fundamental conflict between how the users think of Twitter, and how the company thinks of itself. In most people’s minds, the medium is a natural progression from phone calls, emails, and text messages. But the difference is that with those communication media, you pays your money and you gets your service. With Twitter, you get the service for free, and the company scrabbles around trying to make money with it. And if the only way they can make money with it is all of the above, then all of the above shall be what they do.

It all comes back to that old adage (it was coined two years ago, so it’s practically ancient in internet terms): “If you are not paying for it, you’re not the customer; you’re the product being sold“.

One set of disgruntled users is attempting to reinvent the social network with that tenet at its core. App.net is in the fundraising stage (which deserves a blogpost of its own – the company is trying to get off the ground through the Kickstarter model. If it can raise a further $400,000 in the next two weeks, it’ll have done it), and is, in its own words, “a real-time social service where users and developers come first, not advertisers”.

The plan is to actually sell the service, with different pricing tiers for users and developers. They are unclear on the specifics, but I would hope they would go one further, and break the pricing tiers down further to distinguish “power users” from people just giving the service a go, a la this Matt Yglesias suggestion.

Charging money for something on the internet is a shocking business model indeed, these days, but the people behind the company seem to understand the risk they’re taking.

The biggest problem for any social network, though, isn’t getting people to pay. As Yglesias suggests in the aforelinked post, even on Twitter, a significant number of users would be happy to pay for service, but Twitter doesn’t want their money. Instead, App.net will have to convince a certain number of people to join for the network to become useful at all, and then even more people to join until it reaches a “critical mass” where it can take on a life of its own.

Dalton Caldwell argues that the most successful breakout social networks take advantage of two things: asymmetric relationships (eg, I can follow you even if you don’t follow me) and a global feed:

Twitter’s growth model is a nice blueprint for getting a critical mass and then growing to global scale. Specifically, if you launch with a small, dedicated group of interesting people that can asymmetrically follow each other, along with a global feed of all content posted, you can feel like you are the member of an interesting and vibrant community.

As the site starts to scale, the early userbase will depend less and less on the global feed, and use their own feed/following list to crank up or down the amount of information they are presented with.

The asymmetric follow model also takes care of some of the strange things that happen on Orkut, Facebook, Google+ etc. Strangers can choose to follow you, and @-reply to you, but it doesn’t feel like they are “putting” their troubling messages on your content.

It should also come as no surprise that Pinterest and Instagram followed the Twitter blueprint of asymmetric follows + global feed to scale from a small critical mass of interesting people into a massive, global community. Those sites were fun and useful to early adopters on a small userbase, and have managed to keep their community mostly solid throughout massive growth.

Can App.net overcome the hurdles? At least it has shown it understands them: Caldwell is the CEO of the company.