The Arab spring has changed the status of certain North African dictators. President Zine el-Abidine Ben Ali of Tunisia, formerly a valued ally of the west in the so-called war on terror, has fled in disgrace to Saudi Arabia. Hosni Mubarak of Egypt – propped up for decades by the US – faces charges of mass murder. Tony Blair’s friend Colonel Muammar al-Gaddafi got lynched. Life has changed, too, for the victims of these dictators. For years the British media, and western intelligence agencies, collaborated with Ben Ali, Mubarak and Gaddafi. One of the ways they did this was by defining domestic political opponents as “terrorists” while allowing the dictators to present themselves as “moderate” allies of the west. Now these “terrorists” are recast as freedom fighters.

Take the case of Mohamed Ali Harrath, a Tunisian dissident who endured spells of imprisonment and torture before escaping across the border to Algeria and eventually to London. Harrath’s torturers asked for him to be added to Interpol’s “Red Notice” list, a system of international alerts aimed at detecting suspected criminals or terrorists. The international police agency was happy to oblige.

There was no evidence that Harrath was more than a dissident. Nevertheless, for years he has been unable to travel without risk of arrest and extradition. After he set up the Islam Channel, a television station popular among Britain’s two million Muslims, Harrath’s fugitive status was ruthlessly used against him by a new set of persecutors: critics of Islam in the British political and media establishment. 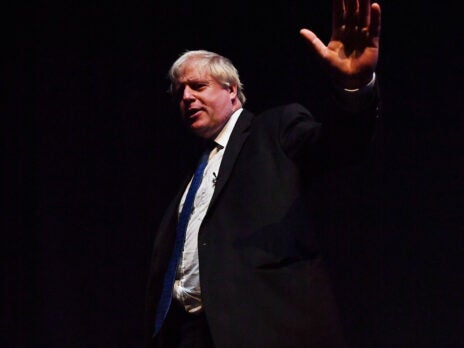 Alleged blackmail: the dark side of Boris Johnson’s survival

When I visit Harrath at his offices in Bonhill Street in central London, his assistant shows me a bulging file of press attacks. These range from a campaign of character assassination in the Times and ignorant abuse in the Express to Andrew Gilligan of the Telegraph at his most fluent and a rant by Melanie Phillips on her Spectator blog. Harrath, sporting a dark, bushy beard, jokes: “I have been called an extremist, an Islamist, a terrorist – all the -ists.”

He was born in 1963 close to the Tunisian town of Sidi Bouzid, where Mohamed Bouazizi set himself on fire just over a year ago, prompting the Tunisian revolution and the Arab spring. He came from an upper-middle-class family, which sent him to, in his words, a rigidly conservative boarding school. Harrath says he became politically active at the age of 13.

His first experience of journalism involved preparing news sheets, designed to be pinned up on the wall of the local mosque, which he says was the only vehicle for free speech in the western-backed Tunisian dictatorship. “I was fascinated by the power of the word,” Harrath says. “I always believe the word is stronger than the bullet. Sometimes the bullet can silence the word, but then the word prevails.”

He was arrested for the first time at the age of 18, while a student of textile engineering in Tunis, for “degrading the status of the president” – any criticism of the head of state was illegal. He was a founder of the Front Islamique Tunisien (FIT), whose avowed purpose was the destruction of the government. One ally was Rachid Ghannouchi, now leader of al-Nahda, the party that won last autumn’s elections. Harrath insists that even though FIT urged armed insurrection as the only way of removing the regime, he was never involved in violence.

He spent most of his twenties on the run, in and out of jail. But, he says, “the prison is not the problem. As bad as it is, it cannot be compared to when you go through investigation.” Those interrogated were sodomised with sticks and bottles, faeces were shoved into their mouths, they suffered mock-drowning and electric shocks. Amnesty International has described how some victims were tied to a chair for a week with an apparatus that pierced their neck with a needle whenever their head dropped through exhaustion.

“We were unable to go to the toilet on our own,” Harrath recalls, “so we were carried by four or five friends.” He knows of 30 people who died under Tunisian government torture. After a decade of struggle he realised there was no point fighting the regime in Tunis because Ben Ali was just a puppet ruler. The real enemy, he realised, was France, the former imperial power that provided security assistance and (through the European Union) diplomatic and economic backing.

Harrath’s predicament bears comparison with that of Ayman al-Zawahiri, the al-Qaeda leader held for many years in Egyptian jails. Zawahiri famously came to distinguish between the “near enemy” and the “far enemy” – between Mubarak’s US-backed regime and the US itself. It was this analysis that led Zawahiri to move out of Egypt and launch his struggle against the US. Harrath says he wanted nothing to do with violence, so he abandoned the battle against Ben Ali and fled, walking from Tunisia to neighbouring Algeria via an uncharted route.

He got lost along the way and feared for his life. For five years he wandered the globe using false documents, “with a new name and personality every week”. This nomadic period was used against him by critics who repeated Tunisian government claims – as usual with no evidence – that he worked with al-Qaeda.

When he arrived in London in 1995 he studied for a degree in politics at the University of Westminster, writing his undergraduate dissertation on Karl Marx (“good on the analysis but bad on the solutions” is Harrath’s own verdict), and started to dabble in business. “I was working here and there, buying and selling – I did everything.”

For 15 years he lived the life of a political exile. Then in 2004 he set up the Islam Channel. It was then, he says, that the harassment began: “I was vilified.” First to strike, he claims, was the Inland Revenue. “They came here and stayed for nearly a month going through every single receipt, every single paper. What astonished me is that they were asking politically motivated questions. They are asking about our content, they are asking about programmes. They are the taxman, they have to see whether we are paying our taxes or not, but they went further than that.”

The press attacks were persistent and vicious. Again and again his Interpol Red Notice status was used to turn him into a pariah. By now he was wanted in Tunisia for “counterfeiting, forgery, crimes involving the use of weapons/ explosives, and terrorism”. In 2009 he spoke at a City Hall-sponsored event in London. The Sunday Express responded with a story headlined: “Boris terror link”. The Times launched an innuendo-filled campaign, highlighting Harrath’s alleged links to terrorism, while asserting that he was an adviser to the Metropolitan Police. “[It] was part of the vilification,” he says. “It was aimed at damaging me within the community.”

Harrath was never a police adviser and the claim was based on his having spoken from time to time (like many other Muslims) to the Met’s Muslim Contact Unit. This did not stop the Conservative Party’s shadow security minister Baroness Neville-Jones demanding in 2008 that he should be sacked from his non-existent post. In deference to the Ben Ali regime, Neville-Jones said: “The Tunisian government, an ally in the fight against terrorism, has asked for extradition of this man.”

The Tories, then in opposition, showed a shocking readiness to operate within parameters set for them by a notorious North African dictatorship. There were some reasonable grounds for criticising Harrath. His channel broke Ofcom’s impartiality rules, and one employee won an appeal for unfair dismissal and gender discrimination. Yet the central – and endlessly repeated – claim that Harrath has a background as a terrorist was false, a fact now officially acknowledged. In April 2011, shortly after the fall of Ben Ali, Interpol removed its Red Notice, telling Harrath that, “after re-examining all the information in the file”, the organisation “considered that the proceedings against you were primarily political in nature”.

Life is still not easy for Harrath, or for other Tunisian refugees. He is still subject to a European travel ban within the Schengen area and was arrested last year in South Africa. Nevertheless he feels reasonably optimistic about the future. “If the Arab spring is allowed to evolve without western interference, there will be no reason for al-Qaeda to exist,” he says, “as its ideology is based on combating western support for Arab dictators.”

He predicts that power will bring moderation to the victorious Islamist parties, which “will realise there are economic and social realities they have to adapt to”, and because they have to adapt to these will have a more pragmatic approach. The danger, he warns, is if western powers try to suppress these parties.

I left Harrath’s offices feeling ashamed. He arrived in Britain as a refugee from tyranny. Instead of being welcomed, he was treated like a criminal.
Interpol has questions to answer. For almost two decades its system of Red Notices appears to have been used by Tunisia’s Ben Ali to harass and torment a leading dissident. The agency’s purpose should be to help national police hunt down criminals, not to round up opponents
of dictatorship.

Meanwhile not one of the newspapers that so eagerly played up Harrath’s non-existent terrorist past has apologised – or even reported how Interpol has lifted him off the red list. They have been far too ready to operate within the moral guidelines set for them by a dictatorship. Like Interpol, they owe Harrath a generous apology.

Peter Oborne is chief political commentator of the Daily Telegraph