The deaths of more than 300 British soldiers in Afghanistan since 2001 are etched on the national consciousness. Each death is gravely announced on television by a newsreader; a day or so later, we learn name and rank; later still, the coffin returns home and passes through Wootton Bassett, where crowds and TV cameras line the streets. It is right to mourn and honour our own, many of whom joined the armed forces not because they yearned to wage war, but because they lacked other opportunities for employment.

But the 90,000 leaked US reports of the war, posted online by WikiLeaks, remind us of other, forgotten casualties, often unacknowledged by officialdom and unreported in western media. They record as many as 140 hitherto unknown occasions where Afghan civilians, including children, were killed in air strikes, special forces operations and what the military call “escalation of force” incidents in which coalition soldiers fired on suspected suicide bombers. The leaked records stop at the end of 2009, but the carnage continues: only a few days ago, some 45 civilians died in a rocket attack in Helmand.

It can be said that most of such deaths were accidental – in the sense that the coalition forces did not target civilians – and that the Taliban killed at least 7,000 civilians in five years through IEDs (improvised explosive devices) alone. But that is beside the point. Afghans did not invite invasion and occupation, nor did they wish for war. They may believe, rightly or wrongly, that the west bears responsibility for all deaths. 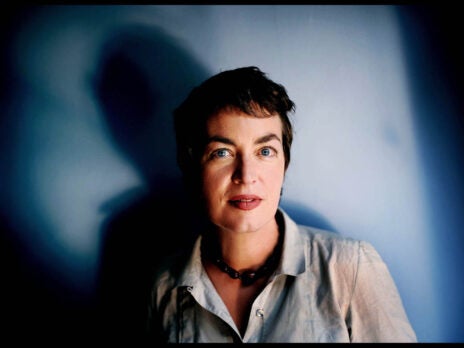 What Kate Clanchy’s treatment can teach us about racism

The leaks will strengthen calls for a prompt withdrawal of British troops and talks with the Taliban, which the NS has consistently supported. Unlike the Pentagon Papers, leaked during the Vietnam war, these reports contain nothing dramatically new. We knew of botched attacks and civilian casualties, Pakistani links with the Taliban and popular anger against coalition forces. But as John Kerry, chairman of the US Senate foreign relations committee, argues, the records are “so significant in their magnitude and scope that arguments about their content are almost secondary”. Faced with this wealth of documentation, it is much harder for the US and British governments to argue the war is anything other than a disaster.

The justifications for staying in Afghanistan look weaker than ever. “The general view of the Afghan people,” according one leaked report from an American official in a provincial town, “is that the current [Afghan] government is worse than the Taliban.” This may prove only that memories of Taliban rule from 1996 to 2001 are short. But continued foreign occupation and armed support for a corrupt regime strengthen the religious fanatics’ claims to be national liberators – as the Soviet occupation did in the 1980s. A second justification – that troops in Afghanistan prevent terrorism in Britain – was further undermined by evidence from Eliza Manningham-Buller, the former head of MI5, to the Chilcot inquiry.

“Our involvement in Iraq and Afghanistan,” she said, “for want of a better word, radicalised a whole generation of young people, some of them British citizens, who saw it as an attack on Islam.” As a result, MI5 was “swamped” by reports of potential home-grown terrorist attacks.

The Taliban, in any case, are not the same as al-Qaeda, which, according to CIA estimates, has only 100-150 adherents in Afghanistan and has shown it can operate from other bases. The real danger is that the spillover from the war continues to destabilise nuclear-armed Pakistan, just as the Vietnam war destabilised Cambodia, with the horrific results recalled in the trial of Kaing Guek Eav (or Comrade Duch).

Governments prosecuting the war have repeatedly claimed “turning points”, President Obama’s troop surge being the latest example. Perhaps the WikiLeaks material, with its hard evidence of possible war crimes, Pakistani duplicity and an ever stronger Taliban, will prove a turning point for the anti-war cause. Polls have long indicated that a majority of the UK public is in favour of withdrawal. Our precarious coalition government may have to sit up and take notice.