On 20 October, Jagmeet Singh received a phone call. One month after Canada’s snap election, the leader of the progressive New Democratic Party (NDP) spoke to Prime Minister Justin Trudeau about where their two parties could align on policy. It might initially seem odd that Trudeau, who is about to start his third term as prime minister, would be consulting with the country’s fourth-largest party. However, Trudeau’s minority Liberal government will rely on Singh’s support in the months ahead.

So how did it go? “There’s been a willingness to chat, which is encouraging,” Singh told me. “But my problem is that the Liberals have often been willing to chat. And they often say the right things, [but] they don’t do the right things. That’s a real big concern.”

The first ethnic minority leader of a major political party in Canada, the 42-year-old Singh has proved one of the country’s savviest politicians. A former lawyer and human rights activist with a penchant for sharp dressing, Singh has made a name for his ability to connect with young people and minority groups. A poll by Canadian broadcaster CBC on 9 September during the election campaign found that of all the major party leaders, Singh was rated the most trustworthy. Ahead of the vote, he received ringing campaign endorsements from the likes of Bernie Sanders.

Yet Singh wasn’t able to translate that wave of popularity into substantially more seats: “People in Canada re-elected essentially the exact same parliament that went into the election.” He chalked it up to voters’ frustration about being called to the polls in the middle of a pandemic. Though his party only managed to take roughly 17.8 per cent of the vote share, that has meant Singh still has enough leverage to push the minority Liberal government to the left on certain issues. Which is likely why he often sounds like he’s still on the campaign trail. “My priority is to make parliament function for people, to make it work for people, to make it deliver the help that people need.” 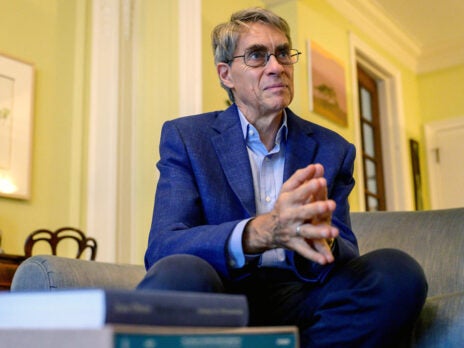 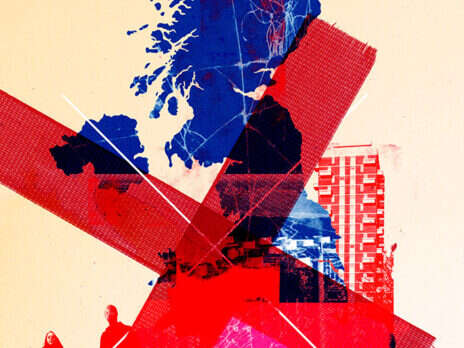 Does your salary mean you’re rich? What makes you upper, middle or working class? We asked the British public

So where, precisely, will Singh be looking to push Trudeau? Climate action is a big area, he said. Despite rhetoric to the contrary, Canada has long been a laggard when it comes to reducing its emissions, in large part because the country continues to subsidise its oil and gas industry. At Cop26 in Glasgow – which kicks off on 31 October, and which Singh, along with Trudeau, will be attending – the NDP leader will be pressuring the government to put its money (including subsidies) where its mouth is.

“I want Justin Trudeau to acknowledge that the track record has been pretty bad, and that we need to do a lot better,” he said. “Something that would really signify a shift is [moving] our federal government resources, so that they’re going towards renewable energy, sustainable energy – and not subsidising the fossil fuel sector.”

Singh also wants to use his party’s leverage to ensure that people affected by the pandemic are still able to get financial support. Like many left-wing politicians with large online followings, Singh has been known to throw around the pat “tax the rich!” slogan. But when it comes to the policies that he champions most ardently, he focuses not on the 1 per cent but the middle ground.

Describing the NDP as a “party that was founded by workers”, he said he wants Trudeau’s government to reinstate employment benefits for those affected by the pandemic, which were slowly scaled back before being wound down completely. Singh emphasised that the country’s traditional unemployment benefits aren’t enough for hundreds of thousands still struggling to find work due to the pandemic. “The system that’s supposed to be the social safety net for workers doesn’t actually cover the majority of workers.”

Singh also reiterated that he will continue to press for indigenous rights. During the election campaign, he demanded that Trudeau stop “fighting indigenous kids in court” – an accusation the prime minister strenuously denied – in reference to the appeal that Trudeau’s administration had lodged against a Human Rights Tribunal’s decision that found the Canadian government had discriminated against indigenous children.

While the fight for indigenous rights has long been taking place in Canada, it wasn’t until June of this year, when hundreds of unmarked graves were discovered at former residential schools in British Columbia and Saskatchewan, that a new urgency to address systemic problems came to the fore. That has spurred, Singh said, a “consciousness shift” for many Canadians.

Why does he think it took so long for the fight for indigenous rights to go mainstream? “The injustice against indigenous people is ignored because it is so horrible that it doesn’t fit with people’s image of what Canada is to them,” he replied. “And I think we are worse off when we do that. We are better off [when] we acknowledge the problems, because then we can fix them.”

It’s great to be influential in politics. But it must also be frustrating to see some of your best policies stolen by those in power. “There are a lot of things that we campaigned on that, initially, the Liberals were opposed to – but then came around and supported the campaign. One of those things was [improving] paid sick leave,” the typically affable Singh said, sounding notably annoyed. “We raised this 22 times [since the start of the pandemic] and Mr Trudeau said no. And in some cases, [he] even mocked the idea, and then went on to commit to bringing in paid sick leave during the campaign, which we thought was pretty cynical.”

There are also limits to influence as a party outside government. The NDP has never produced a prime minister. The possibility of Singh – who has now been through two federal elections – leading the country is nil. While the NDP base is seemingly still happy with Singh at the helm, that won’t be the case forever. Yet for now, Singh remains in the place he’s been since he became a party leader: “Delivering the hope that people need.”

[See also: Fiona Hill: “US democracy is on a precipice right now”]