Nearly 30 years ago Jo da Silva arrived in Tanzania from the UK to build water systems and shelter for hundreds of thousands of people who were escaping the genocide in neighbouring Rwanda. Those fleeing violence stopped at the first water source they came to and Banaco refugee camp appeared over night. It became in effect the second biggest city in Tanzania, home to 300,000 people. What happened next brought home to da Silva our dependence on nature’s resources: “I watched the forests walk backwards as people chopped down trees for firewood and saw the water level in the lake go down inch by inch every day, like watching someone drink a glass of water.”

This link between nature and development has guided da Silva’s career ever since. In 2021 she received a damehood in the Queen’s New Year Honours for her contribution to humanitarian relief through Arup, the engineering firm she joined in 1989 as a graduate. Today she is the company’s global director of sustainable development. Her damehood recognised da Silva’s ability as “an extremely effective proponent of the ‘build back better’ philosophy for humanitarian relief”. Her emphasis on natural resources is not reserved for times of disaster; da Silva wants nature and development to go hand in hand the world over to better address the climate crisis and improve the quality of life for vulnerable communities.

“Neither climate nor the nature agenda can be addressed independently of inequality,” she told me over video link from Arup’s UK headquarters. Fifty years ago the declaration of the 1972 Stockholm Conference on the Human Environment, insisted on the importance of “the natural and the man-made” environments for people’s well-being. In the last half-century, da Silva acknowledged, “most people’s quality of life has become significantly better and billions of people have been lifted out of severe poverty”. Yet at the same time “inequality has increased” and “we have compromised the planet’s ability to provide for us”. “Mother nature is sick,” she said, and we have yet to cope with the impacts of a warming world. “We need a healthy planet — access to water, food and shelter.”

One of the biggest obstacles to providing basic levels of water, shelter and food is unplanned, or badly planned, urbanisation, da Silva argues. In 2020 56 per cent of the world’s population lived in cities, the UN calculated; by 2050 it will be nearly 70 per cent. Instead of creating urban habitats where people can thrive, we’ve conceived of cities as “engines of economic growth and employment” — concrete jungles with tall steel and glass towers — or as sprawling slums. Denuded of nature and increasingly polluted, these habitats are unable to cope with the challenges thrown at them by climate change, from heatwaves to flooding. 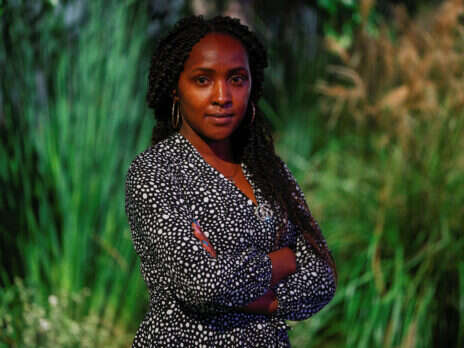 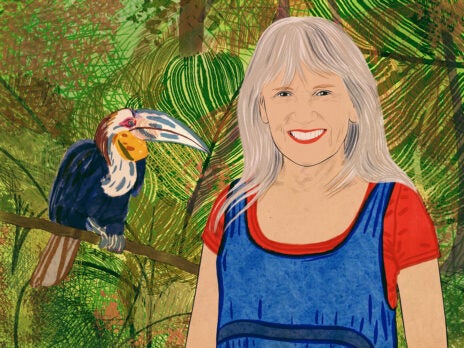 Nicola Davies: in an age of eco-crisis, can talking animals help us?

Whether it is adapting a city to better manage the impacts of a warming world or building a new conurbation in Africa, town planners and governments need to “recognise the value of biodiversity and water bodies” and stop treating them like problems to be dealt with, said da Silva. “What makes me saddest in humanitarian work is when we find a flat site for several hundred displaced people with trees and vegetation; two days later, the government has bulldozed the trees and removed the top soil, turning an asset into a risk, a place that is more likely to flood.”

Da Silva cites sponge cities as examples of a nature-first approach. Artificial intelligence is used to create “a picture of a city as a patchwork quilt”, from which engineers can design drainage systems that make the most of existing water bodies and green spaces. The AI allows them to understand which parts of the city are porous and can be used as “sponges”, and which are generating run-off and likely to flood during torrential rain. Arup recently designed such a plan for Shanghai, where rapid urbanisation and population growth has led to serious flooding and river pollution. Urban planning and climate adaptation shouldn’t be approached as “abstract intellectual problems”, da Silva added. ”They are not about technologies, but about people — the decisions they are willing to make and the risks and opportunities they see. We have to design with people, things shouldn’t be done to or for them.”

Engineering as a discipline has changed much since da Silva studied 30 or so years ago. “At no point during my formal education did the environment come into the equation,” she said. Gradually, green or sustainable development was incorporated into syllabuses. Today engineering studies are starting to consider “restorative and regenerative design” and the “social and ecological consequences” of projects. “We used to be taught to be reductionist, to break down a problem into its parts and then build it back up,” said da Silva. “Now we talk about systems and understand that things don’t exist as discrete elements.”

Engineers should be playing a greater role in making change happen, she argued, “influencing policies and decisions” and giving politicians the confidence that net-zero policies can work in practice. “Engineers need to have a bigger voice. There are no engineers in the British government. This is not a good thing.” The UK also has one of the lowest percentages of female engineers in Europe, at 12 per cent according to the Royal Academy of Engineering. Da Silva cites China, where engineers often hold political roles, and Germany where engineers are “respected as much as doctors”. She develops this analogy: “A doctor saves lies and improves health; an engineer creates the fabric of society on which our economies and societies depend.” In this sense, the work of engineers is also intrinsically linked to people’s health and the health of our planet, she argued. “We need to tell stories about our projects and inspire the public.”

[See also: Does anyone care about Cop27?]

Placing engineers closer to the heart of policy-making could also change the projects that receive government backing and how, and at what speed, emissions are reduced. The move to net zero, da Silva said, “is like a game of snakes and ladders. The energy transition is the first rung on ladder.” Government-backed engineering projects also shouldn’t be limited to flagship projects such as the Elizabeth Line, the new London Underground line that cost £18.9bn. The cost of retrofitting the UK’s 28 million homes with insulation, heat pumps and other energy efficiency measures needed to meet net zero are estimated at between around £300bn and £500bn between now and 2040. UK governments have consistently failed to back programmes capable of tackling this problem. “We need to see retrofitting as a national infrastructure project and the government should create a body to oversee it so the public is aware of the pace of progress,” said da Silva. “Just as we watched the Covid numbers change every evening, we should be updated on how many houses have been retrofitted.”

Ultimately though, climate action is not just the responsibility of everyone, not policy-makers alone. To get to net-zero emissions by 2050, da Silva said, “what we do this decade matters”. She urges everyone to “halve your emissions by 2030 compared to 2020, take half as many flights, half as many car journeys, eat half as much meat, buy half the number of clothes”. She believes this change is, slowly, starting to happen. “I used to surf as a child. You start paddling before the wave gets to you, then you paddle faster and when the wave hits you, you take off. For a long time, we were not paddling, now people are paddling and paddling faster.”