Advertorial: in association with BVCA 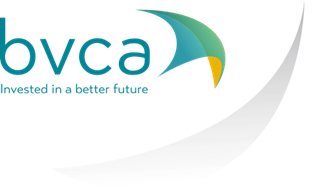 What do start-ups making incredible advancements in their sectors, family-run businesses catering to their communities, and high-street stalwarts that create thousands of jobs right across the UK have in common? The answer is support from private capital – an industry of long-term investors that nurture businesses to innovate, flourish and grow.

However, you’d be forgiven for thinking private equity and venture capital have completely different intentions. Some commentators are quick to refer to “buyout barons” and “vulture capitalists”, looking for their next opportunity to “swoop” on undervalued companies and strip them of their assets. These characterisations are far from the truth.

Private capital investment is essential to delivering the growth we need to rebuild the economy in every part of the UK. It is time we looked again at the benefits of private capital – to both the economy and society.

Private equity and venture capital has a positive impact nationwide. The industry directly supports two million jobs through the thousands of companies it backs – that’s 6 per cent of all jobs in the UK – and a further two million through related supply chains and consumer spending. These businesses contributed £208bn to GDP in 2021 – 5 per cent of total UK GDP. And 90 per cent of investments are in small and medium sized businesses – the very businesses we need to see grow to support the UK economy long term.

Investment figures are also strong. Last year alone, the British Private Equity and Venture Capital Association’s (BVCA) members invested £17.3bn in UK companies – an increase of 82 per cent on 2020 – or roughly half of the total amount invested globally. By backing British companies, private capital is driving success in the UK economy.

But perhaps the most interesting statistic, and one that might be surprising for some, is the regional spread of this investment. In 2021, almost two-thirds of BVCA member investment was in businesses outside of London, with Yorkshire and the Humber and England’s north-west the second and third-largest destinations for this funding, respectively. And this is no new phenomenon: the proportion of businesses backed outside of London has been over 65 per cent of the total for the UK for each of the last six years.

Regional jobs statistics are striking, too. In every region and nation of the UK you will find people employed in businesses backed by private capital – including 171,000 in the north-west, 133,000 in Scotland, 127,000 in the West Midlands, and 118,000 in the south-west. This is an industry that spots opportunity nationwide, and one that is clearly aligned with the desire to address regional inequalities.

A key driver of private capital’s success is its core function of working in partnership with founders and entrepreneurial management teams, providing so much more than just money, but also the hands-on expertise and long-term approach that enables companies to innovate and grow.

These are companies like Xampla – based in Cambridge – that produce natural alternatives to single-use plastics; Back2Work – based in Manchester – that specialises in helping the long-term unemployed return to work, retrain or reskill; and ELeather – based in Peterborough – that takes unused leather offcuts, breaking them down to the fibre level, and then uses its pioneering technology to create new, sustainable, engineered materials for products as diverse as Nike shoes and electric cars.

As these examples highlight, private equity and venture capital firms cover the last mile between UK financial services and the real economy up and down the country. They are invested in growth, innovation and people. And through active ownership of businesses, they deliver long-term growth, which is not only good for the private capital funds and their investors, but local, regional and national economies as well.

The private capital ecosystem is rich and varied. At one end of this spectrum are buyout groups, which specialise in the largest, most well-established companies – sometimes high-street names – and help them find a new focus and refreshed purpose through private equity backing.

These buyout deals may dominate the headlines, but the overwhelming majority of businesses supported by private capital are small or medium sized. In fact, 90 per cent of companies backed by the BVCA’s members employ 250 or fewer people.

The medium-sized companies – those that have reached a degree of maturation but aren’t quite global behemoths – are supported by mid-market private equity firms. These mid-market firms are important regional investors. They are experts at helping take high-potential businesses to the next level.

Investing in companies at their earliest stages is venture capital; firms dedicated to seeking out small, high-potential businesses with incredible potential for growth. Venture capital is already the driving force behind thousands of companies in the UK – in 2021 alone, BVCA venture capital members invested almost £1.8bn into 650 start-ups and small businesses. Given the high-risk nature of supporting start-ups, this capital can be difficult to source elsewhere.

These businesses are often in technology sectors such as cyber security and SaaS (software as a service), but also in research and development-intensive sectors like life sciences and deeptech (next-generation technology). These drive our economic growth but also address prominent societal challenges or drive exciting advances in medical science.

There is also a distinct correlation between venture capital investment and the UK’s world-class universities. Many start-ups begin life as pioneering research projects that need a helping hand in commercialising and coming to market – particularly in the science and technology sectors. Take Nottingham’s NuVision Biotherapies, which has revolutionised high-quality and affordable ways to treat “front of the eye” disease and ocular surface wounds. NuVision began life in Nottingham University and with support from venture capital investor Mercia, the company was able to commercialise its research.

Private capital is a key driver of economic prosperity and creator of jobs up and down the country. The facts are there. And the industry’s investment in the UK, alongside the day-to-day support it provides to the businesses it backs, aligns with the Labour Party’s growth and innovation agenda.

The outcomes of Labour’s Start-Up Review – examining how start-ups in the UK can reach their full potential – must recognise the importance of venture capital in driving innovation. And to ensure a successful economy in all parts of the country, Labour must welcome the role private equity plays as a catalyst for growth.