When she was 18, Natalie Kheirkhah left her home town of Blackpool to study art in Manchester. Six months ago, and now 38 years old, she moved back – and it has brought up painful memories.

Kheirkhah grew up in “difficult circumstances”, she says. Her mother struggled with drink and drugs. Aged just 15, Kheirkhah moved out of the family home to live in a shelter in the centre of Blackpool.

There are a “lot of similarities”, Kheirkhah says, between the circumstances of her youth and those people face today in the place she is once again calling home: poverty remains entrenched in the coastal town, and many younger residents still leave for bigger cities to seek opportunities.

Blackpool South, one of the so-called Red Wall seats that Labour lost in the 2019 election, is the most deprived constituency held by a Conservative MP in the UK. In terms of parliamentary constituencies, data shows it is also the 17th most-deprived out of the 533 in England (Birmingham Hodge Hill is the most deprived constituency). Nearly half its neighbourhoods are among the most income-deprived 20 per cent in the country: the constituency has the eighth-worst levels of employment and crime levels in England, and the second-worst health deprivation.

Where has the levelling-up fund money been distributed? 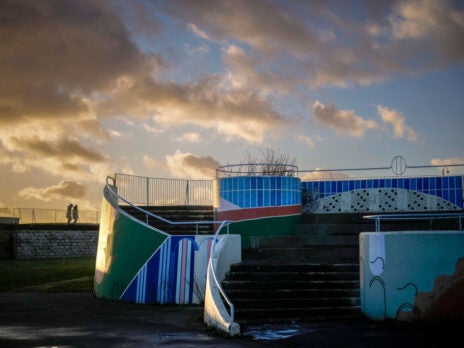 Levelling-up fund is poor compensation for the ravages of austerity

Blackpool itself is the third most-deprived local authority in England, according to the 2019 English Indices of Deprivation (IoD2019). Residents voted overwhelmingly for Brexit in 2016.

At the 2019 election, the Conservatives promised to “level up” underfunded and neglected parts of the UK, but Blackpool received no money from the first round of levelling-up funding when it was allocated late last year.

“The outcomes you see of that are really stark,” says Johnny Webb, a senior research fellow at the IPPR North think tank, of the deprivation in Blackpool South. The top-down policy models often used to try to develop local economies “just simply [aren’t] working for a place like that”.

“Us ‘Sandgrown’uns’, we’re proud – we love our town,” says Chris Webb, using a name locals employ to refer to those born and bred in Blackpool. The 36-year-old, who ran as a parliamentary candidate for Labour in the neighbouring Blackpool North and Cleveleys seat in 2017 and 2019, believes that “the potential of the town and the people here is huge. But there is also a dark side.”

Coastal towns, such as Blackpool, “have some of the worst health and well-being outcomes in England”, according to a 2021 report led by chief medical officer for England, Chris Whitty. The report’s findings showed that rates of heart disease, kidney disease and mental illness in such towns are roughly 10 per cent higher than national averages – even when their relatively older populations are taken into account.

Younger people leaving the town, while older people come to retire to Blackpool, make it a “net importer of people with poorer health… and a net exporter of people with good health”, a 2017 council report notes. That, alongside high levels of poverty, sub-par health services and poor housing provisions creates a negative “coastal effect” on populations, states the Whitty report. A baby boy born in Blackpool in 2018 is estimated to live to just 74, the worst life expectancy in England.

In his role as the chair of trustees for Counselling in the Community, a not-for-profit social enterprise offering therapeutic services, Chris Webb sees the domino effect that stretched public services and a cost-of-living crisis are having on physical and mental health locally.

“We’re now seeing working people struggling; young people are struggling,” he says, adding that NHS waiting times for therapy locally are 14 months for children and between 12 and 18 months for adults. “People can’t afford to wait to address their mental health issues because it has an effect on their life, their work, their income, their family unit, and it can have a knock-on effect on loved ones around them.”

For most people not from the town, Blackpool is synonymous with its seafront and amusement fairs. The Blackpool Tower, lit up at night, is iconic. “People have fond memories growing up of coming to Blackpool and seeing the [tower’s] illuminations. But go a few streets away from that, and you see the real Blackpool,” Webb says.

Two miles directly south from where I met Webb is Waterloo Road, a modest strip comprising cafés and restaurants very near the seafront. The streets surrounding Waterloo Road are some of the worst-off in the country, according to the 2019 deprivation data.

Cafés, restaurants and the arcades and funfair rides that people typically associate with Blackpool form a large part of the local economy. Despite a decline from its heyday, the town’s tourism industry was worth £1.58bn in 2018 and employed over 25,000 people, accounting for more than 40 per cent of the value of Lancashire’s entire economy. But the pandemic saw visitor numbers drop by 67 per cent, at an estimated cost of £1bn.

For some, tourism gets too much support from the authorities, to the detriment of basic needs and services. “I know quite a few people who have messaged [councillors and MPs] for help on certain things, and there’s been absolutely no response at all,” says Suzanne, 31, who works in pharmaceuticals. “The only money that gets brought into here is for the tourist sections. There’s nothing for anybody that lives here… Everything’s for tourists.”

Following a decade of austerity cuts, the council is also not in the strongest position financially to meet the economic challenges. “If you withdraw support from people, there is a price to pay for that,” Baguley says. “And that is often [felt by] the poorest in society, children and young people.

“These are interconnected. You can’t disconnect crime from mental health, wellness, low self-esteem – all of these bundle together,” he adds. “What can you do to give hope to people who feel that there is no alternative?”

Blackpool South’s problems clearly predate the 2019 election and the promise to “level up”. The constituency’s former Labour MP, Gordon Marsden, who held the seat from 1997 until he lost it to the Conservatives, half-jokes that “Boris came along, bullshitted – pardon my French – and said ‘Brexit will solve everything’.”

“To leave after 22 years is inevitably a wrench,” Marsden tells Spotlight. Levelling up was a “useful phrase” offered in “very broad terms” by the Conservatives, he adds, noting that locals blamed the council for the effects of the government’s cuts in funding. “People don’t necessarily think that ‘oh, the council can’t do this because the government hasn’t given them any money’. All they know is that various things have gone,” he says.

Sam (not his real name), who owns a tattoo shop in the heart of town, has little faith in local politicians. “When it comes to councillors and the rich, they seem to look after them very well,” he tells Spotlight outside his shop. “But the little man, they think nothing of us.”

Lynn Williams, Labour leader of Blackpool Council, refutes the charge that the council is more focused on putting up shiny new buildings than investing in poorer areas. “I think it’s hard for residents to see, but it isn’t just all about that,” she says.

Ring-fenced funding pots only made available for town centres, highways or heritage sites – such as the government’s Levelling Up Fund – makes it impossible to “spend the money where it needs to go”, Williams adds.

Since 2015, Blackpool's annual Local Government Finance Settlement has been cut by over £20m, which equates to over a third cut when adjusted for inflation.

But in fact the most severe cuts took place before 2015, but restructures in council payments make the exact numbers hard to track, but Williams calculates Blackpool council missed out on more than £1.4bn over the past decade, which she says “massively” hampered council efforts to improve the town. Statutory services account for nearly 80 per cent of the council budget, making it difficult to “invest in those preventative measures [and] do all those other things that are vital, but not statutory,” she adds.

It’s difficult for struggling councils in the north of England to “define a strategy” for improving their towns when “you’re [constantly] applying for one-off pots of money”, Williams adds, noting that Blackpool has yet to receive Levelling Up Fund money. “You take away £1.4bn, but you’re also taking away the autonomy, locally, to deliver what is needed.”

She adds: “When you’re talking about one of the most deprived areas in the country, why on earth are we in a competition for funding?”

Scott Benton, the pro-Brexit Conservative MP who took the seat from Labour at the last election, said via email that the government has invested “hundreds of millions into Blackpool to date, through the Town Deal [and] Shared Prosperity Fund (SPF)”, among other “bespoke” pledges, including for transport, sea defences, schools and policing.

But data from IPPR North reveals that the government’s SPF, which replaces the EU regional development funding that Blackpool may continue to receive until 2023, gives combined authorities, on average, 43.3 per cent less funding than before. Blackpool will receive a measly £5.8m over the next three years through the SPF; and though the council will receive £39.5m through the Town Deal, the funding is pegged to five individual building projects – again, all based in the centre of town, with no money given to the surrounding deprived areas.

The local elections of May 2022 have taken on an extra sense of importance, for it is not just a vote based on the handling of local issues by councils; it is an opportunity for voters to express their views on Boris Johnson and his government, in light of partygate, the pandemic more generally and even levelling up.

Blackpool’s elections are not until 2023, but recent polling by the think tank More in Common for the Telegraph shows that the Tories have the support of just 38 per cent of Red Wall voters, down from the 56 per cent they had at the 2019 general election.

Handing over more power locally in further devolution deals is key to economic growth, says Johnny Webb. “It’d require something quite radically different in terms of where power lies in this country,” he says. Currently, you have “Whitehall civil servants and policymakers deciding on matters which are fundamentally affecting particular places… The reality is that they don’t know a place better than the people who live there”.

Giving younger residents a reason to stay will also be key to developing Blackpool’s economy. “I’ve already left town – I’m in the armed forces,” says Declan, 18, who is back in Blackpool on leave. He joined the military because “there are more opportunities”, he says.

“People in Blackpool are very good at criticising what goes on,” Williams says, “but let anybody from outside of town say anything… There is a real sense of pride of coming from Blackpool, and a desire to improve things, to make that change.”