Tax cuts have dominated the Conservative leadership contest, with many promising cuts for individuals (on income tax, fuel and National Insurance Contributions), businesses (via corporation tax) or both. The reasoning is that allowing people and companies to keep more of their income will stimulate spending, which can, in theory, help to boost the economy. Some economists also believe that reducing tax can increase worker productivity, again adding economic value.

Such promises could also come at a cost, however – according to the Institute for Fiscal Studies (IFS), reversing the 1.25 per cent National Insurance increase would cost £13bn per year, while reducing corporation tax to 15 per cent (as was promised by Jeremy Hunt and Sajid Javid before their leadership bids failed) would cost £31bn a year.

The main concern about tax cuts is that they predominantly benefit the rich, due to reduced spending on public services, on which people on lower incomes tend to rely. This includes the welfare system, schools and the NHS. Conservative candidates have faced criticism for their relentless focus on slashing taxes while ignoring more pressing issues such as the NHS backlog; former chancellor Ken Clarke called the race for low taxes “populist nonsense” when the economy is not in a fit state to support such cuts.

Below, experts across different essential and public services talk about how they see the potential impacts of reducing tax. 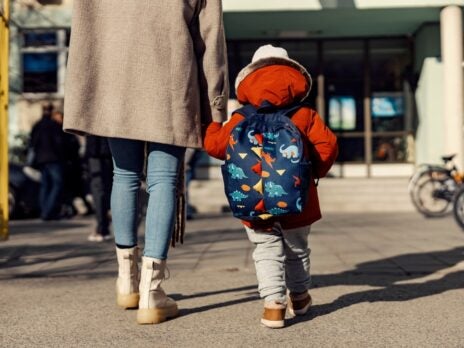 Healthcare: “The public can expect lower standards of care in the future”

By definition, unless they are met by increased borrowing, tax cuts must be matched by restraining public spending. Yet the NHS and social care are already struggling after a decade during which funding failed to keep up with demand for services and staff shortages because of the pandemic. There are no easy targets for cuts: waiting times for hospital treatment were rising before Covid and have since surged; hospitals are at capacity, with people forced to wait outside in ambulances and on trolleys in A&E; and the public are only too aware of the crisis in general practice.

In previous years, cuts to training, public health and capital budgets did happen, but we are now living with the consequences in terms of staff shortages, poorer public health, and increasingly shabby buildings and facilities. Meanwhile, social care continues to struggle with low pay, workforce shortages and unmet need, at great cost to those who need care or are waiting to be discharged from hospital. The choice is clear: reducing health and social care spending will require the government to drop its manifesto commitments and be honest with the public about the lower standards of care they can expect in future.

Welfare: “Further deterioration in the living standards of those already struggling the most”

There is a defensible approach to tackling poverty based on conservative principles. This tends to emphasise the role of family and community over the state, and the potential for competitive markets to make things cheaper and create jobs. But the devotion to tax cuts as a solution to a cost-of living crisis in the Tory leadership election feels far outside that tradition.

Firstly, it’s wildly off target. Corporation tax cuts directly help businesses, not households. As the government itself worked out in the spring, tax cuts – to fuel duty, or VAT – are not an effective remedy to rising energy bills. Indeed, the next chancellor will have to increase targeted support in the autumn, given the latest frightening projections for the energy price cap. And cutting income tax rates are a very poorly targeted cost-of-living policy, with the vast majority of financial benefits accruing to the top half of the income distribution.

Secondly, the timing sucks. It’s not very Conservative to pledge massive tax cuts with inflation running high, the economy teetering on recession, and public services facing major backlogs and rising costs. These cuts would very likely require greater reductions in public services or social security. In other words, a recipe for further deterioration in the living standards of those already struggling the most.

Education: “Unaffordable pledges are costly for the life chances of our children”

The Conservative leadership contest appears to have prompted a bidding war on tax cuts, between the rivals to be prime minister. Cuts to corporation tax, fuel taxes, income tax and National Insurance are all suddenly back on the agenda. Many questions arise as to the impact of these cuts on the economy, inflation and interest rates. But one of the least commented on impacts could be on the quality of services in early years and education. Both face huge pandemic-related recovery challenges because of the impact Covid-19 had on child development (especially among the very youngest) and lost learning in schools. The school system already faces the prospect that higher inflation and pay rises will likely wipe out much of the extra money allocated in the recent Spending Review. Candidates for the top job need to recognise that making unaffordable pledges on tax cuts could be costly not just for the economy, but for our education services and for the life chances of our children.

The NHS: “Suggesting unfunded tax cuts is like handing the NHS a shovel when it needs a ladder”

This week, the NHS received the George Cross for its work during the pandemic and on the same day placed all ambulance services in England onto a black alert level. The healthcare system is struggling to recover from Covid and is seeing winter pressures in the height of summer.

What the pandemic demonstrated was the lack of resilience in the system. Services run regularly at or above capacity, with not enough staff and performance deteriorating as a result. Throw in the stress of Covid and growing backlogs of care, and the challenge is immense.

What the healthcare system needs from politicians is clear sustained funding to deliver realistic recovery objectives that get patients the care they need. The public are particularly worried about delays in seeing a GP and at A&E, where some patients are waiting more than 12 hours. The next two to three years are going to be very difficult, but suggesting unfunded tax cuts now is like handing the head of the NHS a shovel when what Amanda Pritchard (the NHS chief executive) and her team needs is a ladder.

Tax cuts may win the Tory leadership election, but they won’t help the healthcare system and a public growing increasingly anxious about accessing it.

Energy: “Projects could be under threat if public spending is reduced”

Some energy efficiency schemes, such as the Energy Company Obligation (ECO), which means that suppliers have to help poorer customers save energy, are not paid via general taxation, so tax cuts are not likely to have an impact.

However, in the Net Zero Strategy the government did announce several funding schemes that are paid for from general taxation. These include new demonstration projects, such as in hydrogen. The science and innovation budget, which funds both university research into low carbon and a variety of academic/industry hybrid projects, could be under threat if public spending is reduced. In many cases, spending is already committed so it is not clear if cuts are likely.

Future nuclear power projects will also benefit from a regulated asset base (RAB) funding model. This model is used to finance large-scale energy infrastructure networks and means the risk of a new project’s construction is shared between investors and consumers, lowering the cost to consumers in the long run. As the government takes on some of the construction costs and risks associated with such new schemes then some costs will also be on the public balance sheet.

The main question is whether a future administration under a new prime minister would continue to prioritise both low carbon and energy security. The British Energy Security Strategy is very heavily focused on doubling down on existing plans to expand nuclear power and renewables. As a result, it seems likely that even if a new leader who is less attentive to the environment were to be chosen, the energy transition would still be a priority because of the benefits it brings in terms of the UK’s energy security and the regional jobs it creates. Renewables and nuclear are also both considerably cheaper than gas power, so it’s a win-win.