Since 2006, Doctors of the World has run a small clinic in East London which provides advice and medical care to people who are excluded from mainstream health services. There shouldn’t be a need for this service in the UK today – but nonetheless, it struggles to keep up with demand.

When I visited the clinic last week, I was told that most people who walk through its doors are homeless, have experienced trauma and violence, or are victims of trafficking or modern day slavery. These aren’t so-called “health tourists”. They have been in the UK for an average of six years, and almost all are working in low-paid, exploitative jobs. They have developed health issues, and they’re frightened – scared of being landed with huge healthcare bills, or of a knock on the door from immigration enforcement leading to detention or deportation.

It’s long been the case that people classed as “overseas visitors” must pay for hospital care from the NHS. The category includes those who are on short-term visits to the UK, some who have been refused asylum, and others who are completely off the radar of the Home Office.

However, on 21 August 2017, this scheme was extended. These individuals are now not only expected to pay for hospital care but for community services received outside of hospitals – things like district nursing and community midwifery. On 23 October, it will be expanded further still to encompass non-NHS providers of NHS-funded care. That will touch on thousands of third sector organisations, such as Marie Stopes, which provides free sexual health and abortion services, and Mind which provides therapeutic intervention services to improve the wellbeing of those who refuse help. 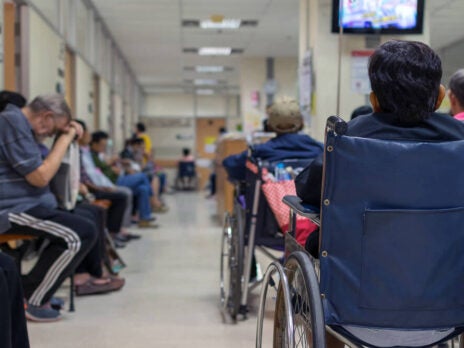 All of these organisations will be lumbered with the bureaucratic nightmare of having to identify which patients can be treated for free, and who will be billed. They will be required to charge upfront, asking patients to pay before treatment at 150 per cent the cost of the service or procedure. Those who can’t pay will be turned away – unless the doctor deems the situation to be an emergency, in which case they’ll be charged shortly afterwards. Given that some of these organisations also have a charitable dimension, this is a very difficult thing to ask of them.

Meanwhile, the government has another scheme up its sleeve to deter “overseas visitors” from accessing the NHS. When a patient is billed for a service, details including their name and address are shared with the Home Office. This relationship has become more entrenched thanks to a recent agreement between the Home Office and NHS Digital. This enables government officials to access the non-medical details of anyone who registers for primary care – GPs, community pharmacies, dental care, and opticians. The Home Office can then pursue anyone whose details it considers irregular.

We don’t usually consider it a luxury to be able to prioritise our physical and mental wellbeing above other aspects of our lives. Yet, as the clinic manager told me, most patients who find themselves at Doctors of the World believe that avoiding deportation is more important than their health.

This is all part of the “hostile environment” for undocumented migrants created by Theresa May during her years running the Home Office. As we know – all too well – while she may claim to want to help the victims of terrible crimes such as modern slavery, nothing takes precedence over her obsession with reducing the UK’s net migration figure to a bare minimum.

It’s now reached the point where victims of trafficking and exploitation are deterred from registering with a GP, as they fear detention and deportation. Women, such as sex workers, are denied access to contraception, safe abortions, and maternal care. Meanwhile, their children may never see a GP or a dentist, putting their own health at risk. This runs counter to the government’s own policies of improving maternal and new-born health.

Our hospitals, already over-burdened and under-resourced, are under pressure to find a way to effectively implement these changes. Such a task which could easily fall into the trap of racial profiling. In the process, doctors and nurses are also being required to take on the responsibilities of immigration officers, making critical decisions about access to healthcare.

Yet it is quite likely that this strategy will fail in its stated aim of saving money for the NHS. The government has – true to form – failed to conduct a full assessment of the cost of the new charging regime, estimating that it will save the NHS (a relatively insignificant) £200,000 each year. However, in the long run we can expect that the scheme will have huge associated costs. Rather than seeing a doctor at the onset of a health problem, people will instead hold off seeking care until it’s a medical emergency and they need to be admitted to A&E – filling beds, using more resources, and requiring complex procedures.

Despite these major flaws, we can expect to see many more invasive data-sharing agreements in future. A recent paper leaked by the Home Office boasted of how the UK’s post-Brexit immigration system will be “as digital, flexible and frictionless as possible” – featuring improved data-sharing capabilities between the Home Office, HM Revenue and Customs, and the Department of Work and Pensions. It looks as if doctors aren’t alone – workers across a range of public and private services, from the NHS to banks and building societies, will be called upon to be immigration officers in Theresa May’s new “global Britain”.

If you’re affected by these issues, click here to learn more about how Doctors of the World can help. Join groups including Docs Not Cops and Migrants Organise, who are protesting at various locations around the UK on 30th September to demand “Patients Not Passports“.