Arthur Snell is a businessman, author, podcaster and former diplomat, who served in locations including Yemen, Iraq and Afghanistan. He headed the international strand of the government’s Prevent counter-terrorism programme in his later years at the Foreign Office. He is now managing director of consultancy firm Orbis Business Intelligence.

With a dog walk and lots of coffee. And then the dawning realisation that I have spent too long on the dog walk and had too much coffee. 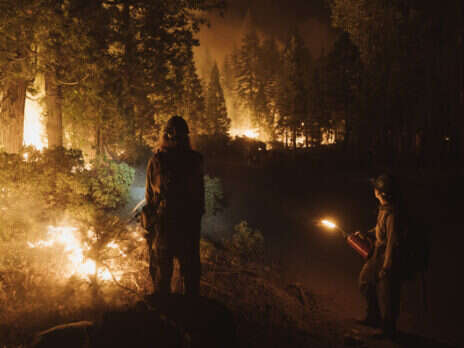 Working in Iraq after the 2003 invasion was exciting, demanding and incredibly intense. The pressure was constant, with the sense of being a witness to unfolding history. I travelled around the country, and saw the beautiful mountains in Kurdistan, as well as Baghdad itself; an amazing, historic city, albeit one seriously battered by years of conflict and strife.

Sometimes high points are also the most difficult ones. After a short time in Baghdad it was clear to me that the invasion was a terrible mistake and that we had unleashed a terrifying whirlwind. Much of what has gone wrong in the world in the past two decades stems from that terrible decision to invade Iraq.

Don’t feel any pressure to “find” your career – it will find you. I went straight from university into the Foreign Office, which was a huge privilege and a fascinating job. But if I had the time again I would have spent more time trying different things before committing to a single career path.

Which political figure inspires you?

The late Paddy Ashdown, the Liberal Democrats’ first elected leader. He did real, challenging things before he went into politics but didn’t make a big deal about them. Such a contrast to today where bland Tory leadership candidates curate bogus origin stories.

What UK policy or fund is the government getting right?

Supporting Ukraine to defend itself against Russia. This isn’t exactly rocket science and I believe that almost any serious contender for Prime Minister would have done this (the possible exception being Jeremy Corbyn – but perhaps he was never a serious contender?).

Tempted as I am to talk about Brexit, I’ll focus on the Green Deal. It’s nonsense with almost no incentive for people to insulate their homes. It’s insane that we have millions of homes that are almost impossible to heat and that the government won’t commit to binding targets and funding. Fixing that could be a brilliant engine of productive government spending and employment growth, whilst having a major impact on carbon emissions.

What upcoming UK policy or law are you most looking forward to?

The new law (part of the Building Regulations Part S) that ensures new homes and buildings have car charging points. Making electric vehicle (EV) ownership ridiculously easy has to be a priority.

Estonia has created a simple and very secure online system for all government services. Instead of the complex and insecure systems we use in the UK, the Estonian system makes it simple and safe for people to do things online. It has so much future potential, including holding elections online (which Estonia manages to do securely in spite of Russian cyber threats).

A single-transferable vote electoral system based on UK counties or existing metro areas. It may seem less important than some of the immediate economic crises facing the country, but I believe that consensus-based politics that arise from proportional systems are better at managing major national challenges. Get the structures right and the other things will follow eventually.