The battle for the Conservative leadership has suddenly become a battle for the north of England. Theresa May famously banned all mention of the Northern Powerhouse after taking office, but the ten original Tory candidates bidding to succeed her were quick to put new visions of the north at the centre of their strategies. Two hopefuls — Rory Stewart (Penrith and The Border) and the now-eliminated Esther McVey (Tatton) represent northern constituencies and both Jeremy Hunt and Sajid Javid recently paid lip-service to the region in the shape of vague promises about investment funds and HS2. At his official leadership campaign launch, Boris Johnson even promised a new £39bn Northern Powerhouse Rail project to “respond to the profound message of the Brexit vote” and “level up’ the north-south “madness”.

Yet the reality remains that the original vision for the Powerhouse — a joined-up market and labour force enabled by connectivity — could not be further from the lived reality of northerners today. George Osborne’s Northern Powerhouse legacy produced little more than a succession of Russian doll identikit ministers who knew little about the north, and cared even less. To this day, the Northern Powerhouse minister does not have a budget, or a cabinet seat. How is the voice of the north to be heard at the top table?

This week, English regional newspapers united on an unprecedented scale to demand that the government “power up the north”. Politicians, mayors and business leaders from across the north united to call for the devolution not only of investment but of powers to enable the north to self-govern and make its own future. The campaign, led by titles including the Yorkshire Post, the Manchester Evening News, the Liverpool Echo and the Northern Echo, called for the government to stop treating 18 million voters as an “irritating inconvenience” and instead launch a “revolution” in how the north is viewed and treated by the government. In total, Power Up The North is backed by 33 news brands across the north that reach two-thirds of the population.

This synchronised holler-back at Westminster was deliberately timed. On multiple metrics, from income to life expectancy, the north fares worse than the south. There remains a vast imbalance in spending on research and development, culture, sport, the arts, national administration, national media and even the military. 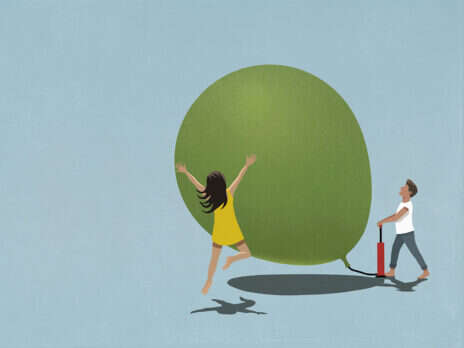 Within the north a huge gulf also exists between regions and towns. Policy orthodoxy to date has assumed that investment in London would create a trickle-down effect but in practice this has never happened. As Cambridge University research for the UK 2070 report shows, the north-south economic gap will continue to widen unless national leaders take the initiative.

The Power Up campaign is calling for key government departments to move away from Westminster to promote awareness of life in the rest of the country and represent the experiences of regions that are increasingly isolated from mainstream politics. As well as relocating departments such as the Treasury — which Yorkshire-born Tory MP Justine Greening recently described in parliament as a “dysfunctional” department that is “not fit for purpose” — the campaign argues for wider fiscal transfers. While some creative industries are leading the way in relocating to the regions — the BBC and Channel 4 have moved to Salford and Leeds respectively — Westminster is still widely-viewed in the north as unrepresentative and unaware, a bubble of capital concerns.

Narrowing the north-south divide and devolving power ultimately requires a new economic and social strategy. According to the think-tank IPPR North, since austerity began, public spending in the north has fallen by £6.3bn — while spending in the south actually rose by £3.2bn. Even following the Great Northern rail meltdown of May 2018, life as a sardine on pacer trains in time-warp conditions persists. It shouldn’t be cheaper and quicker to get from London to Paris than from London to Newcastle.

And if you think that travelling from north to south is difficult, the reality of travelling east to west is nothing short of epic. A transport researcher at Manchester University probably summed it up best when his official report called public transport infrastructure in the north an “absolute clown show”. The north’s rail network is worse than ever yet London’s Crossrail alone is earmarked to receive nine times more funding than all the rail projects from the north’s three regions combined.

Freeing the north from its shackles is a social, political and economic precondition for the success of Britain as a whole. An independent north would be the ninth-largest economy in Europe. Both Scotland and Wales have smaller economies but enjoy far greater devolved powers. Showing solidarity with the north and understanding its potential is key to bringing it in from the cold both economically and socially.

Faced with such stark disparities, Power Up The North calls for a reunification of the country behind a new industrial strategy that is informed by an awareness of the challenges and opportunities facing the region in a post-Brexit Britain.

As the Tory leadership contest narrows, candidates like Johnson are relying on political aides such as former Northern Powerhouse minister James Wharton to sharpen their focus on the 18 million voters weary of waiting for transport, investment, and scraps from the Westminster table. To put the north first, to empower the next generation, to invest in infrastructure, empty buzzwords such as the Northern Powerhouse will not suffice. Mobilising the places and people of the north means understanding the lived reality of its people and recognising the potential of a regional power structure.

Power Up The North also offers a timely case-study of regional journalism, which has endured a net loss of 245 titles in the UK since 2005. Local giants such as the Yorkshire Post and the Newcastle Chronicle provide a vital connection from the north to Westminster, and unite local voices. Recognising and valuing this dialogue, their coordinated campaign proves the power of regional journalism to write a new narrative for the north.

Achieving any “power up” for the north is challenging, but this campaign is not a sob story for a region — it is a battle cry for Westminster. The government has failed the north, and radical change is needed. By calling for an end to contempt and the start of a fair deal for the region, Power Up The North offers a timely reminder to all parties that the future of our nation does not begin and end at the M25.

Katy Shaw is professor of contemporary writings at Northumbria University and editor of the C21 Literature journal.