Sustainability and responsibility are related investment concepts. Ensuring funds comply with environmental, social and governance principles (ESG) is an important recent development aimed at driving better outcomes for consumers. This approach seeks to make pension and investment funds think more carefully about long-term issues, recognising the ongoing threats to returns with a timeframe that spans decades, rather than months or years.

The dangers to global economies and corporations from climate change, as well as concerns about ethical and socially responsible investing and strong governance procedures, are issues that regulators, policymakers and investors increasingly take seriously. It is clear that these issues will impact the industry and consumer confidence.

The UK has recently passed a new Pension Schemes Act mandating an increased focus on responsible investing. Under this new legislation pension schemes have to report on how they are factoring ESG into their investment decisions. This will apply both to the assets in which they invest and to the way they conduct their own operations. It also applies to how they communicate with pension members or customers and how they engage with corporates or fund managers they invest with.

There will also be increasing emphasis on ensuring responsible risk management processes are in place. Most large firms have well-advanced risk control procedures, but many smaller pension schemes or investment companies either have less sophisticated approaches or have not considered how best to address the types of risk associated with their funds.

How Ukraine’s energy grid teeters on the brink of collapse 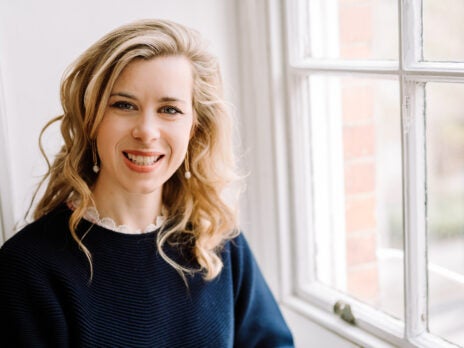 But the word “sustainability” itself goes beyond the concept of “responsibility”. On the one hand, it refers to investing in a manner that will protect the planet against climate change risks; on the other, it relates to the ability of a business itself to survive.

Specialist funds are being introduced that claim to be “carbon neutral” or “net zero”. These use processes that identify the carbon emissions entailed in their selected investments. They engage with companies to encourage them to reduce their emissions or invest in other assets or carbon credits to offset emissions from the remainder of their portfolios.

But in addition, increased emphasis on the sustainability of investment funds themselves is vital. Investor confidence has been damaged by past scandals, where investors were lured into pensions or investments that turned out not to be secure. They were led to believe these were low-risk, responsibly run products operating safely in investors’ interests. The protections supposedly in place did not work as promised, however.

Consider these examples. In the 1970s and 1980s, employers established defined benefit pension schemes that workers paid into each week, with the promise of a pension for life, based on their final salary when retiring from the firm. Over the years, governments increased demands on employers, requiring pension schemes to cover a worker’s spouse and revalue their pension each year up to retirement. With rising stock markets, it seemed this “magic money” would always be sufficient to pay the promised pensions.

After a scandal in the early 1990s, when the media businessman Robert Maxwell raided his company’s pension scheme to meet accumulated debts, the government further tightened rules, enforcing a minimum funding standard and enhanced separations between the employer and their pension scheme. Workers were assured their scheme could no longer collapse, risking their nest egg. Employees continued to put all their pension savings into such schemes, relying on them for their retirement security.

In the early 2000s, however, well before the 2008 financial crisis, employees found that the supposed protections did not work. Stock markets had collapsed and the scheme funding standards had no provision for bad markets, or unexpected changes in inflation, longevity and asset markets. It took many more years for a proper insurance underpin to be introduced. Regulators have consistently been behind the curve, with ordinary customers finding their interests have not been paramount.

Investment fund customers have suffered, too. Retail customers who relied on their fund managers to select investments for them and spread risks across a large portfolio, to give safer returns, have lost out. Even funds that were fully regulated and sold as “low risk” have failed. In a more recent example, investors lost huge sums with Neil Woodford, who was considered a star fund manager running solid, low-risk funds.

Woodford was meant to deliver safe returns, from small and large companies, but after the fund went through a period of poor performance, investors started withdrawing their money. This meant the manager having to sell the larger, more liquid, stocks, which could be offloaded at short notice. The risk level of the fund was rising, but investors were not informed. To avoid breaching regulatory guidelines for holdings of unquoted stocks, the manager bundled unquoted, unmarketable securities into a new vehicle, and quoted on an offshore exchange, which meant he avoided scrutiny from the Financial Conduct Authority. Trading in the fund was suspended in 2019 and his customers could not get their money out. In fact, they had to continue to pay fees. Regulatory oversight had failed, leaving the fund unable to redeem on daily pricing and investors’ money locked in.

More careful risk management, better governance, improved communications and enhanced regulatory oversight could all have helped protect investors. As we go forward, it is essential that pensions and investments are managed in a more sustainable manner. But sustainability must entail a greater focus on long-term risks and returns, as well thinking about environmental and ethical impact.

Ros Altmann is a Conservative life peer, former minister of state for pensions, and a leading UK pensions expert.