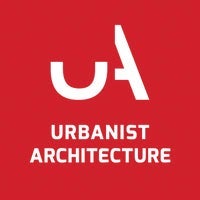 Over the past few months, the UK has seen a huge push from the public, both young and old, for decisive action on climate change. Whilst the transition to renewable energy has led to a reduction in emissions, little progress has been made in energy-intensive sectors, such as transport, to reduce our carbon footprint and air quality in our cities.

Recently the Committee on Climate Change (CCC) recommended an ambitious target for the UK to become carbon-neutral by 2050. To meet this target, both government bodies and private companies must transition towards a smart, low-carbon, decentralised energy system, as soon as possible.

Transport accounts for 34 per cent of carbon dioxide emissions. We must therefore look to invest in new technologies and initiatives, including the electrification of public transport and last mile deliveries, as well as other forms of transport.

The rollout of the first battery-assisted electric bus fleet in the country occurred in Guildford in January of this year, implemented by Zenobe Energy, in conjunction with Stagecoach and Surrey County Council. Rather than waiting for an expensive grid upgrade, this scheme uses battery storage to support the constrained local power grid. The battery charges up during the day from the current grid connection and gives power to buses at night, so that they are ready to go in the morning.

Initiatives such as this are already making a considerable difference in regional areas, by improving air quality and reducing carbon emissions. They provide a dual benefit for both our transport and energy objectives – at night it dampens the peak caused by bus charging and during the day it supports the local network enabling more renewables. The use of energy storage or on-site renewables also avoids rising grid charges through optimising large energy users grid consumption. These grid charges increasingly contribute as much as 40 per cent of energy bills and are caused by an overall inefficiency on our grid.

The CCC has stressed that in order to meet carbon reduction targets, grid capacity should be significantly increased and policy and regulatory frameworks must encourage innovation, like demand response and storage. However, recent proposed changes, such as the Targeted Charging Review, could dampen innovation and hurt investment in renewables, derailing our transition to a carbon-neutral future, in line with our commitments.

For the UK to continue to lead this charge system thinking is vital. Policymakers and regulators must provide a clear mandate that encourages new, flexible, renewable technologies focusing on long-term benefits and costs rather than short-term, often disjointed, objectives.

While schemes such as the EV fleet in Guildford and the London Mayor’s recent Ultra-Low Emission Zone are a great start, they are not enough. Companies and government bodies across the UK need to look at rolling these out nationwide. Partnerships between local councils and private companies can ultimately help maximise the benefit of infrastructure for the whole community, lowering costs, improving air quality and reducing our carbon footprint.

Steven Meersman is the founder of Zenobe Energy.