Advertorial feature by The Chartered Institute of Building

The built environment represents a paradox for policymakers. For something that is so central to the United Kingdom’s industrial strategy – it underpins engineering, infrastructure, environmental policy, transport and more – it features thinly within it. There is a tendency for conversations around construction to focus on its output at face value without considering buildings’ long-term implications for social and economic policy.

What we build is prioritised over why and how we build, to the point that construction is often mistakenly viewed as ancillary to the industrial strategy, rather than at its core. In order to better illustrate the importance of the construction, then, The Chartered Institute of Building (CIOB) and the New Statesman gathered a round table of experts at the Conservative Party conference in Birmingham, to discuss the role of the industry in shaping and sustaining society.

Richard Harrington MP, parliamentary undersecretary for industry and energy, noted in his opening address to the audience that “construction is much more than a single industry” and that this needed to be better reflected by government policy in the future. He said: “If we are being honest, construction is commensurate to every part of the industrial strategy. Government must recognise the relationship between the methods of construction and the cost of buildings. It is also a skills issue, which then links to employment. Government must work proactively, alongside industry, to work out what infrastructure is needed to support innovation. That, in turn, is then an issue for the UK’s overall productivity.”

While the correlation between engineering and construction is perhaps more immediately obvious, economist and author of Brickonomics Brian Green argued that it is important for people to appreciate the effect that buildings have on “less obvious” areas of policy. “We need to look at the value that construction has beyond the simple metric of market prices. We need to consider not just the end product, but also the process, and the value that process [of building] brings in terms of employment and improving the overall economy.” 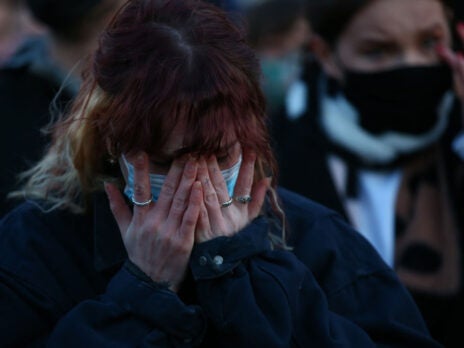 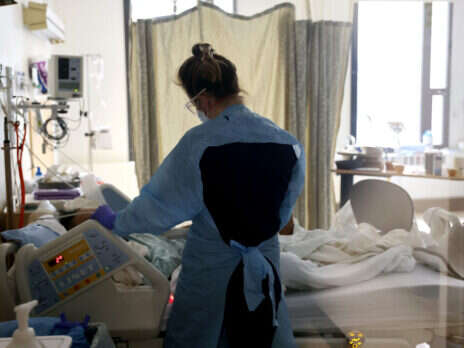 Green said that the relationship between housing provision and healthcare was sometimes understated. He explained: “The first [parliamentary] Acts that related to housing actually came through the Ministry of Health. You shouldn’t view housing as just a commodity or a thing that you build. It influences health and wellbeing. Poor-quality housing, those that are damp or have mould, increases the risk of having respiratory problems. That can pile pressure onto the health service.” Green added that having the “safety and stability of a good home” would also have an impact on “social mobility” and “people’s life chances”.

Ben Goodwin, lead policy manager at the Institution of Civil Engineers (ICE), continued the trend of advocating outcomes over initial output. Name-checking the ICE’s Project 13 – a guideline on infrastructure business models – Goodwin spoke of the need to “break down the transactional nature” of procurement. “We would argue that the procurement model should stop prioritising the lowest capital costs, and start thinking about the value of an asset over its lifetime. In a rail project, for example, we’d want to focus the construction on whether we can increase capacity. Can we decrease the time it takes to travel from A to B, by building in a certain way? That reduced travel time could boost productivity.”

Andrew Snowden, lead member for highways and transport on the Lancashire County Council, raised the issue of place-making. He argued that the housing pipeline needs to be more “strategic”. Snowden said: “Buildings have got to be thought about in terms of the needs of the community. Where are the houses in relation to schools, hospitals and so on?” And Shaun O’Brien, property director of the Coalfields Regeneration Trust, hammered home the importance of transport connectivity in any construction strategy, chipping in: “Five miles may as well be 50 miles if you don’t have reliable transport nearby.”

Meanwhile, Harriet Danby-Platt, senior advisor to the executive team at Home Group, called for “more nuanced understanding of what constitutes affordable” housing. She said that housing had been “overlooked in the conversations about infrastructure” and added that while modern methods of construction (MMC) might help to deliver ambitious number targets for housing, the likes of “modular construction need to be seriously vetted” by the people who will end up living in those homes. “We can appreciate that MMC might have some of the answer, but we’ve got to be careful about prescribing a one-size-fits-all approach.”

Her latter point was echoed by Adam Ellis Morgan, managing partner at Rider Levett Bucknall. “Buildings are intended to last for 50, 60, even 100 years. So it’s a tragic irony that so much of construction seems to be focused on cutting the supply chain. We need to embrace MMC, but make sure that what we’re building can stand the test of time.” Dr Paul Chan, lecturer in project management at the University of Manchester, agreed. “When it comes to construction, you’ve got to think of the total life value of an asset. That means that you’re offsetting issues of maintenance and repair by building correctly in the first place.”

For Eddie Tuttle, the CIOB’s director of policy, research and public affairs, one of the core challenges for the construction industry was modernising its workforce alongside technology. He said: “The digital age means that construction will have to change. That means that we’re looking at MMC, which is a natural progression in many ways, but it also means that we have to think about the human side of things. New technology is great, but how can we reskill the workforce?”

Tuttle said that as an industry, construction has long faced “diversity” challenges, but he is hopeful that digital transformation could help to address this. In modern technology, Tuttle suggested, there was a chance to “inspire” more people to view construction as a “higher-quality career”.

Ultimately, the round table concluded, there is a need for the construction industry and the built environment to reach a parity of esteem alongside engineering, for example, and form the basis of the industrial strategy, rather than being seen as separate to it. Construction must be understood as core infrastructure, be it in housing, transport, or place-making; and its impact on wider social policy must be appreciated. From a skills perspective, it is one of the most accessible routes to employment, and as Tuttle put it, “improving skills quality and industry image” can help to “create more jobs and develop the economy.”