Minister of State for Business and Industry Richard Harrington argues in the edition’s lead op-ed that British manufacturing is “alive and well”, and makes the case for the industry to succeed under foreign ownership.

Chief economist of the EEF Lee Hopley talks to Augusta Riddy about how the sector can navigate the next era of global change and why other countries “aren’t in the mood” for trade liberalisation.

Factories are among the most influential buildings of our time. Special Projects Editor Will Dunn also investigates how the factories of the future are changing the world once again.

And finally, what are “cobots” and how will they change the way we work? Rohan Banerjee explores how the collaborative robots filling factory floors across the UK will transform the industry.

Spotlight is free with this week’s New Statesman, and stories will also be published on the Spotlight homepage later this week. 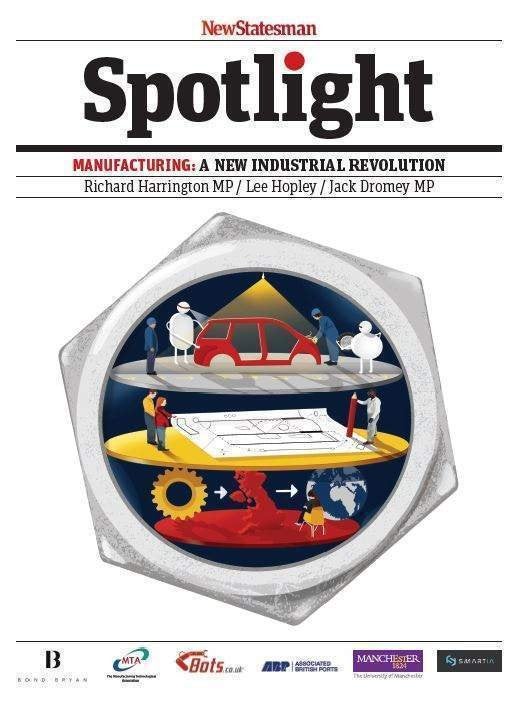 Spotlight is the British Society of Magazine Editors’ 2017 Launch of the Year.