In my nearly four months in Parliament, I’ve realised that throwing accusations about which party has allowed the private sector to encroach more on the NHS is a weekly staple of Prime Minister’s Questions. But grandstanding and political posturing in Westminster aside, it is the real-life impact on patients and staff that I want to understand. People in my constituency are currently feeling the impact of our local physiotherapy and orthopaedic triage services moving from a public to a private provider.

The company that has taken up this contract argues it will be able to offer a more patient-centred service. That remains to be seen. My concern is the terms of their new contract will see the number of sites where the services will be provided cut from 13 to nine, including the discontinuation of  the treatment at Abingdon Community Hospital in my constituency. Furthermore, the transition has been botched with appointments being cancelled at the last minute and people not having the continuity of care they were expecting.

The primary motivation to privatise is usually to save money, and private companies must therefore bid lower than the existing provider to secure contracts. However, these companies also have a duty to return profits to their investors and the resulting squeeze exerts a downwards pressure on accessibility and quality of care. Wouldn’t we be better off keeping the expertise in the NHS while allowing innovation, instead of allowing public money to be creamed off by shareholders?

Which brings us to the thorny issue of money. It is no secret that Clinical Commissioning Groups across the country are facing massive deficits and Oxfordshire is no exception; last year the local overspend was £24m. Various cost-cutting measures have already been put in place including closure of beds in acute wards at the John Radcliffe in Oxford. I’m worried beds at my local community hospital in Abingdon will be next to go. 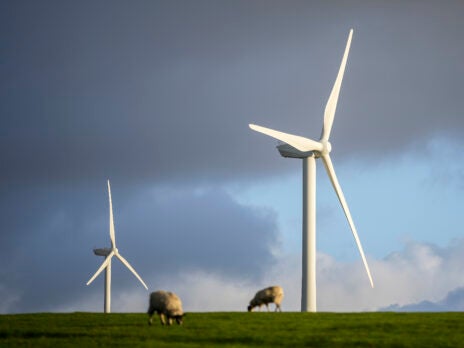 How industry is key for net zero strategies

In response to a letter I wrote during the election querying changes occurring as part of the local Sustainability and Transformation Plan, the chief executive of one of our local NHS trusts confirmed to me that cost saving was certainly one goal. He then went on to say another was innovation and that all changes will protect patient safety and quality of care.

Clearly, there is pressure to reduce spending; whether this can be done on the scale planned without adversely affecting quality and safety is the key question for my constituents. The answer, we are told, is to shift resources from hospital care to primary care; and from treatment of patients when they are ill into disease prevention. To achieve this, we must change our hospital services, reducing the reliance on bed-based care and treating more patients on an outpatient and day care basis.

Great idea! But hold on, we seem to have already started the hospital closures and service cuts before building capacity in the community to provide this care. The idea is sound, but without the necessary investment in the community, it is leading to patients being stuck in the remaining beds and cancellations of elective procedures leaving many in chronic pain for much longer than is humane. And while I am all for new ways of doing things, and even better if they cost less for the same quality, I am now increasingly convinced that there will not be a way to maintain safety, quality but also, crucially, accessibility.

So, what should we do? I freely admit that I do not have the whole answer but I’m not sure that anyone does, and I’m certain that Mr Hunt doesn’t. What I do know is that I am sick of successive governments blaming the last. And I know from the thousands I spoke to in the election and see in my surgery that I’m not the only one.

That’s why the Liberal Democrats are calling for all parties to come together and agree a long-term settlement for the NHS and social care that puts patient care, not political point-scoring, first. We were honest in the election that to fix the immediate issues, we’d propose a penny on income tax to fill the financial shortfall. But we also propose a cross-party commission to devise a long-term vision that looks beyond the electoral cycle.

This would be combined with an arm’s length body, such as the Office of Budget Responsibility to be honest about the financing of that vision. Would that include rolling back on the scale of privatisation? I bet it would, because it’s a waste of money. And tax rises? Probably. But the point is it would stop the NHS from being used as a political football by all parties and do what needs to happen most: that we agree a tangible solution to how we protect one of the jewels in the British crown.

We face huge challenges ahead. An increasingly elderly population, more expensive lifesaving drugs, a stagnating economy and the Brexit bombshell ticking away in the background like Captain Hook’s crocodile. But our NHS is the envy of the world and despite the challenges it is worth protecting.