The choices we make about energy are among the most important decisions we face. The supply of safe, reliable energy underpins the continued growth of the Scottish economy, and is at the heart of meeting our international climate change obligations. Scottish renewable electricity output has almost trebled since the end of 2006 and in 2016 renewable sources generated almost 54 per cent of our gross electricity consumption. The low-carbon and renewable energy sector in Scotland supports 58,500 jobs, turning over £10.5bn and greenhouse gas emissions in Scotland had, by 2014, reduced by 45.8 per cent since 1990.

Onshore wind and hydro-power continue to be the leading contributors, though solar, tidal and others now play an increasingly important part in our vibrant, innovative energy community and offer exciting potential for the future energy needs of Scotland.  Only last month we granted planning approval for the third floating wind farm off the Scottish coast. This means Scotland has now agreed planning permission for up to 92MW of floating offshore wind – enough for the equivalent of 60,000 homes – cementing our reputation as a world centre for this new and pioneering technology.

This is only one example. From testing the world’s most powerful 2MW tidal turbine off Orkney to opening a 70-acre solar farm in rural Perthshire, we continue to champion fresh ideas and approaches to both energy provision and use. We can be proud of these achievements. The task to fully decarbonise electricity production has been largely achieved in Scotland – well ahead of other countries that will now have to make a similar transition to prevent the damaging effects of climate change.

We cannot, however, afford to be complacent. We are therefore currently consulting on a draft energy strategy that has further, more ambitious targets at its heart. This includes consulting on our commitment to deliver the equivalent of 50 per cent of all the energy required for Scotland’s heat, transport and electricity needs from renewable sources by 2030. 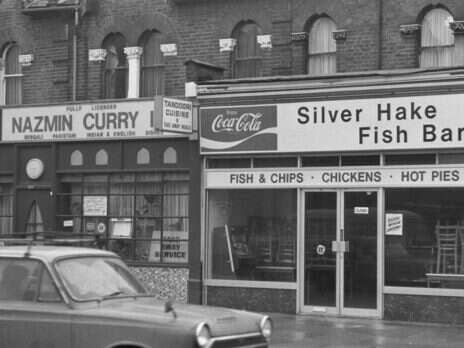 Our strong success on electricity supply leaves us with a different kind of energy challenge from that of most countries – one where renewable sources for heat and transport take on even greater significance. In sectors such as low-carbon heating, our supportive policy environment has allowed Scottish-based companies to compete globally. Such opportunities are likely to increase in future years, as the international market for low-carbon goods and services continues to grow.

Our patterns of energy use are changing too. We are now more efficient than ever in the use of energy – and further major shifts in our energy use lie ahead. Our future transport needs will be met substantially through electricity or alternative fuels, such as hydrogen.

How consumers engage with these choices will be guided by ‘smart’ technologies, providing better information on energy use and a better platform for informed decisions on when it is best to consume energy. We are also helping communities to engage and benefit from their local renewable resources, with an ambitious new target on shared ownership of renewables.

Our energy strategy will prepare us for this future, guiding and shaping progress to 2050 and beyond. That is not to say this continued progress is assured. The UK government’s recent reductions in support for key renewables technologies continue to cast a shadow over the sector.

Scotland has a pipeline of consented energy projects, worth billions of pounds in capital expenditure for Scottish and UK construction and engineering sectors, awaiting final investment decisions. I would like to see these projects developed at the earliest opportunity and at the lowest cost to the consumer.

But the UK government’s failure to ensure they even have a route to market is creating deep uncertainty and delay. The UK government must remove the damaging uncertainty around timing and eligibility across many sectors, including remote island wind, onshore wind, wave and tidal. There is also no price stabilisation mechanism for pumped hydro storage energy as yet, despite large scale storage being a key requirement in the emerging energy system. In pumped-hydro, again Scotland has been a world leader for many decades, but at present consented projects, worth hundreds of millions of pounds are denied a route to market by UK Ministers.

To answer these concerns, the UK government must – in the short to medium-term – develop a new approach to its relationship with Scotland on energy issues, with key decisions on energy policy made following a process of consultation and agreement with the Scottish government, as set out in the Scotland Act 2016.

A good start would be for the UK government to clarify its commitment to renewables and the UK supply chain in the final version of its own industrial strategy. The people of Scotland will have a choice on their constitutional future. In making that choice, they can be assured we will never cease in our work to combat climate change and build a greener, fairer and wealthier country, by harnessing the power of Scotland.