In the last ten years a belief has grown among parents, broadsheet headline writers and even the general public to the point of becoming a cliché: that social media is nothing but bad for children and teenagers and their mental health. It is now commonly accepted that apps like Instagram and TikTok damage young people’s self-esteem and attention span, and are addictive, too, creating a vicious cycle devastating the mental health of a generation.

But these arguments – be it in newspapers or government hearings – are often made without nuance, and founded on surprisingly little evidence. Arguments are not typically made in response to a thorough study, or with definitive proof of this link, but simply because it seems like a link should exist. So when we dig into the research, how much proof do we have of this belief? And if there is indeed a proven impact on young social media users, is the picture quite so unrelentingly bleak?

A new study from the Wheatley Institution, at Brigham Young University in Utah, inches us towards clarity on the true connection between young people’s social media use and their well-being. The results may be a surprise for those parents and headline writers. Surveying more than 1,200 adolescents aged 10 to 17 across the US in 2021, the study found that the amount of time young people spent online was less relevant to their mental health than how they actually used social media. Despite the assumption that excessive screen time is the main cause of low self-esteem in teenagers, the study found that those who used social media in an “active way” – such as making positive comments, interacting with their peers and posting or liking content regularly – had better mental health outcomes than those who didn’t. For example, 83 per cent of “active” users were deemed to have a better relationship with aspects of their mental health, such as body positivity.

Social media and the silencing effect: why misogyny online is a human rights issue 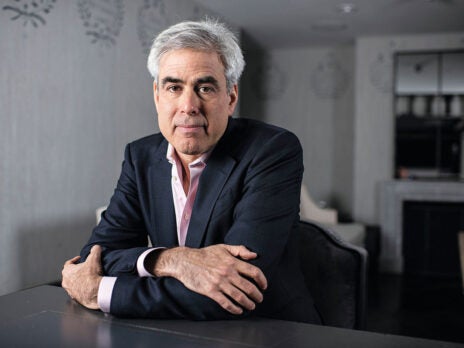 Jonathan Haidt: “America is the ghost of liberal democracies’ future”

“The data suggests that the amount of time an adolescent spends on social media is less important than whether the adolescent uses it actively or passively,” said Spencer James, a co-author of the report. The report found that the raw amount of time children spend on social media and the age at which they get their first smartphone were “not reliable predictors of mental health outcomes”.

“However,” James said, “we also found that less than one in five adolescents consistently use social media in an active way.” Most users, instead, spend a lot or most of their time on social media passively scrolling: reading comments, watching videos and looking at images without further interaction.

Several other recent surveys have also struggled to link time spent on social media to poor teenage self-esteem, but this latest one is particularly notable for providing context that goes some way towards explaining why this might be the case. By offering specific data on which social media behaviours are linked to poor mental health –and the evidence that some might actually be beneficial for children, although it can only show correlation, not causation – the Wheatley Institution could encourage a more robust approach to solving the mental health issues social media may pose for kids. Rather than feeding sensationalist headlines and moral panics with results that merely conclude that teens feel bad online, this more nuanced information could be uniquely useful to parents, politicians and young people themselves who want to be effective in making social media a less harmful place.

It would be wrong to claim that the results of this study suggest that social media is a neutral or beneficial presence in young people’s lives. In the last year there has been a slow trickle of evidence that social platforms know how bad they can be for young people’s well-being, and simply ignore it. However, these findings reflect how useless our current conversation about social media is, reduced to nothing more than: “It’s bad.” Until we are willing to consider the more complicated reality, we will never progress to practical solutions.

[See also: Inside the mental health epidemic among teenage girls]