It is hard to find a better example of the particularly deranged strain of logic that proliferates online than the viral story about a man known as “West Elm Caleb”. In January women shared their stories on Tik Tok of the “abuse” and “violence” they experienced at the hands of Caleb (who apparently worked at the upmarket furniture outlet West Elm), a man who they had all matched with on a dating app. His moniker trended on a number of social media platforms internationally, appeared in SEO-fuelled headlines and even got ironically posted about by brands such as Hellman’s and Ruggable.

Yet despite the enormous uproar, the crimes that West Elm Caleb had committed were not clear. The most-watched videos from young women accusing Caleb of mistreating them largely portrayed him as initially over-attentive, and then subsequently unresponsive (unkind, but far from abusive). Psychological terms, such as “love bombing” and “gaslighting”, were used to pathologise his behaviour, and to legitimise plastering one man’s face all over the internet as an evil, arch villain. One user even posted a TikTok saying: “I don’t care whether he lives or dies”. All of this was used as justification for the mass persecution and shaming of one random man; a series of videos that looked a lot like a sustained harassment campaign was reframed as empowered women taking action. One popular post on the matter read: “The sharing of West Elm Caleb stories is an excellent modern example of how women have long used gossip to share valuable information with one another, and the demonisation of gossip serves largely to preserve and perpetuate the patriarchy.”

While West Elm Caleb is an extreme case, situations such as his have played out countless times on social media. Common experiences are often reconceived as some great societal harm: we’ve seen it with the medicalisation of societal problems – for example, the rise of terms such as “productivity dysmorphia” and “impostor syndrome”, which misrepresents structural work issues as grand individual ailments – and the pathologisation of relationships, where unkindness to one’s partner is labelled as either “gaslighting” or “self-care” depending on who is speaking.

Social media rewards extreme stories with engagement – reading about someone’s “trauma” is more interesting than reading about their hurt feelings. If you want people to respond to your posts, you have to lead with something punchy. As a result, minor injuries are reframed as truly traumatic horrors. 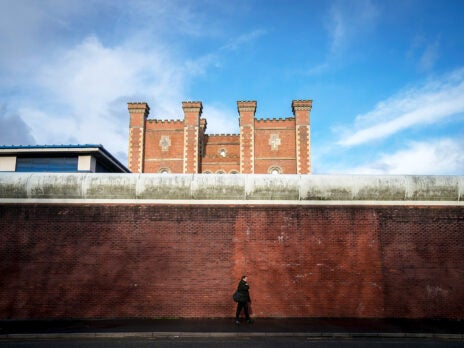 It would be easy to assume then that people who speak about their experiences in this way are being deliberately manipulative, exaggerating for online fame. But can this really be true? Sure, some people involved in the West Elm Caleb story may have exaggerated the harm he caused so they could go viral, but it seems likely that the first women to speak out against him were motivated by wanting to share their experience of being hurt. In 2022, however, who will gain sympathy for getting ghosted by a “nice guy”? They instead reach for the extreme language that is popular and familiar so that their pain would be validated.

This creates an environment where the desperation to have hardship acknowledged (at any cost) flourishes, while the bar becomes increasingly high for sympathy. So everyday inconveniences become defining traumas. As Rachel Connolly wrote in Novara: “The more I think about the grandiose framing of the titanic pressures of modern life… the more I think it might be a modern way of shielding ourselves from a fundamental human discomfort: that so much of what we do means so little.” There is no distinction between hardships that have been wrongly denied sympathy (such as a heart-breaking but non-abusive breakup) and ordinary bad experiences.

The consequences of losing proportion are serious: thousands of Tik Tok users posted about West Elm Caleb, unable to see that he had committed no real crime and that his punishment of public humiliation was immeasurably excessive. What then is the impact on how we treat genuinely atrocious behaviour? The flattening of all harm doesn’t just give some issues more attention than they deserve – it diminishes the severity of others. Labelling all bad dating etiquette as abusive numbs us to the real abuse that should demand our attention.

The motivations behind online exaggeration may be understandable, rooted in the internet’s bad rewards system and a society that regularly denies the structural hardship dealt out to young people. But this online vocabulary is no longer hyperbolic: it is changing how people view themselves and the world. Overstated harm is sincerely believed, skewing our perception of events and each other. The total loss of proportion online has real repercussions – and real victims.