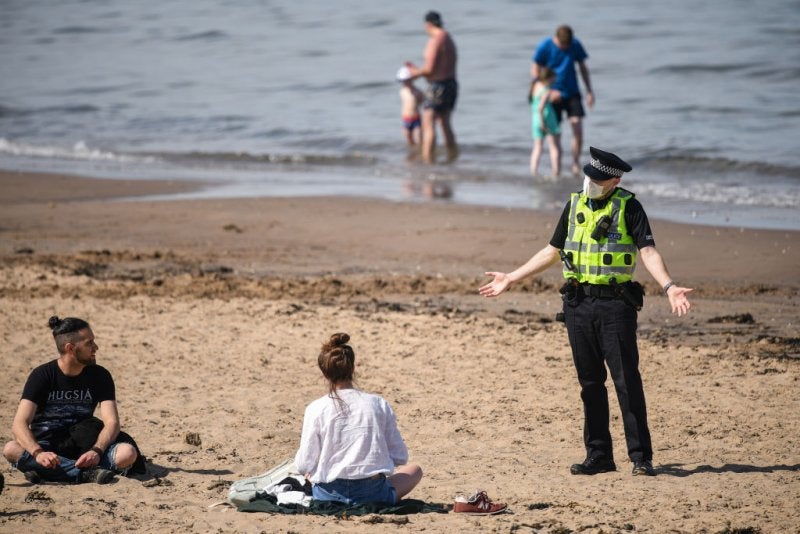 The Times splashes on the news that ministers are, once again, considering handing immunity certificates to people that have antibodies to coronavirus to exempt them from social distancing rules. Health Secretary Matt Hancock confirmed “systems of certification” were being worked on for those that have recovered from the virus. The news comes after he revealed mass antibody testing would begin next week, beginning with key workers. The science remains a sticking point – we do not yet know for sure that those with antibodies are immune to a second infection. The paper also reports that anyone that has come into close contact with a coronavirus-positive person will be asked to isolate for two weeks, regardless of whether they have symptoms, as part of the government’s contact tracing scheme that’s due before 1 June.

Another group who will be told to self-isolate for 14 days are those arriving in the UK, under plans that will be revealed by Home Secretary Priti Patel later today. Any passengers coming in by plane, ferry or train will have to provide an address where they will quarantine – otherwise, the government will arrange a place for them to stay. Police will carry out spot checks at residences, and anyone flouting the rules faces a minimum £1,000 fine. People from the common travel area, which includes Ireland, are exempt, as are certain professions such as freight drivers and some doctors. Ministers were previously considering an exemption for France, but the idea has been abandoned. The rules are expected to come into effect next month. Professor John Edmunds, a member of the group of scientists advising government, this morning suggested the measures were over the top: he said that because the UK’s incidence of coronavirus remains relatively high, travellers are “unlikely to cause much of a problem”

Lastly, two intriguing testing stories broke overnight. First, the Guardian reported that a coronavirus “spit test”, which involves spitting into a tube rather than a throat swab, will be trialled on 5,000 police and army staff because of concerns over the accuracy of swabbing. Experts have long-pushed the government to consider the tests because they are far easier to administer. Second, the Telegraph reports that the government has double-counted tens of thousands of coronavirus tests – a story confirmed by the Department of Health. Testing numbers have been consistently higher than the number of people testing, and one of the reasons is tests that involve both a saliva sample and a nasal swab are being counted twice.

China: China will not set a GDP goal at this year’s annual Two Sessions law-making event – the first time it has failed to do so since it began publishing such targets in 1990.

Australia: Australia has called for an exemption from the UK’s upcoming two-week quarantine for incoming visitors. Under government plans, only people from the common travel area, which includes Ireland, are exempt.

Brazil: The coronavirus crisis shows no signs of abating in Brazil, which yesterday reported a record one-day death toll of 1,188, taking the total number of deaths above 20,000.

US: Around 2.4 million people filed for unemployment benefits last week, taking the total since the pandemic took hold to just under 39 million.

Despite 50,000 excess deaths, Britain’s most vulnerable areas remain at risk from Covid-19

Secret data and the future of public health: why the NHS has turned to Palantir

The case for Commonwealth: what happens when natural disaster follows disease?

Why has Kerala been so successful in tackling the coronavirus?