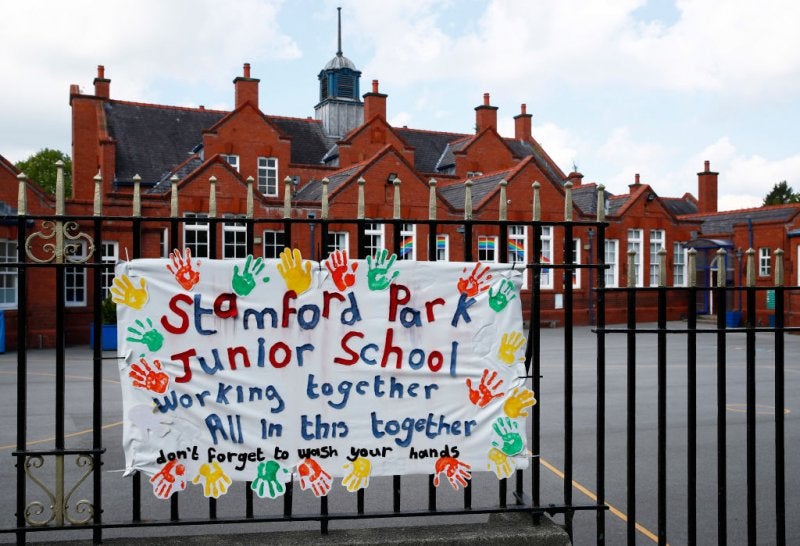 The government does not intend to reopen every school in England and Wales because doing so would cause a second spike of infections, Foreign Secretary Dominic Raab said at this afternoon’s Downing Street coronavirus briefing.

Education Secretary Gavin Williamson has said schools will reopen in a “phased” manner, and Raab’s comments suggest there will be limits to how many pupils can return to the classroom. The current evidence, he says, is that reopening all schools would push up the rate of infection to a level that could overwhelm health services.

It follows an even more cautious message from the Scottish government, which said today that it wasn’t certain that schools would even “reopen at all in the near future”.

The logistical and policy implications are, needless to say, huge. How do you decide who goes back to school? How many students can return? How can you ensure those that stay at home do not fall behind those in the classroom? These will be questions ministers will have to wrestle with as we leave lockdown.

Raab also responded to the news that the UK now has the highest recorded death toll in Europe. Office for National Statistics (ONS) figures released today pushed the official tally past 32,000, higher than Italy. Raab said it was difficult to accurately compare the UK with other nations because each country counts deaths differently, and some countries are better at it than others. Michael Goodier, a data journalist at New Statesman media group, would have some sympathy with Raab on this point: he wrote this afternoon about why ranking the UK among other European countries “is comparing apples with oranges”.