The number of new daily Covid-19 cases continues to drop in major cities and regions in Europe and the US, while Wuhan has recorded its first new cases since the end of the lockdown.

The US reported relatively stable numbers of new cases throughout last week, but some fear that the economic reopening in several states might push the numbers back up. There are also reports of an outbreak inside Donald Trump’s White House.

As the UK began to ease lockdown restrictions, it saw some of the smallest daily increases in cases since March. Spain is loosening rules as well, mostly in rural areas that are less affected by the coronavirus pandemic. In Italy, which has the world’s third-highest death toll at 30,000, new case numbers continued to fall over the last week.

In China, authorities have reported new coronavirus clusters in Wuhan, where the outbreak first originated. These are the first new confirmed cases there since lockdown was ended in April.

Monitoring the cities at the heart of the Covid-19 outbreak

Cities, with their high population density, young and mobile demographics, and developed public transport systems, are particularly susceptible to rapidly spreading viral outbreak. In this graphic, we drill down into subnational Covid-19 figures to show which areas are seeing disproportionate numbers of Covid-19 cases.

While different countries count at different administrative levels, London and Madrid are considered “regions” in their own right, while New York State includes New York City and Lombardy covers Milan. This chart is currently being updated weekly with the latest figures, although some countries have a slight delay in publishing the very latest case numbers by region or state. 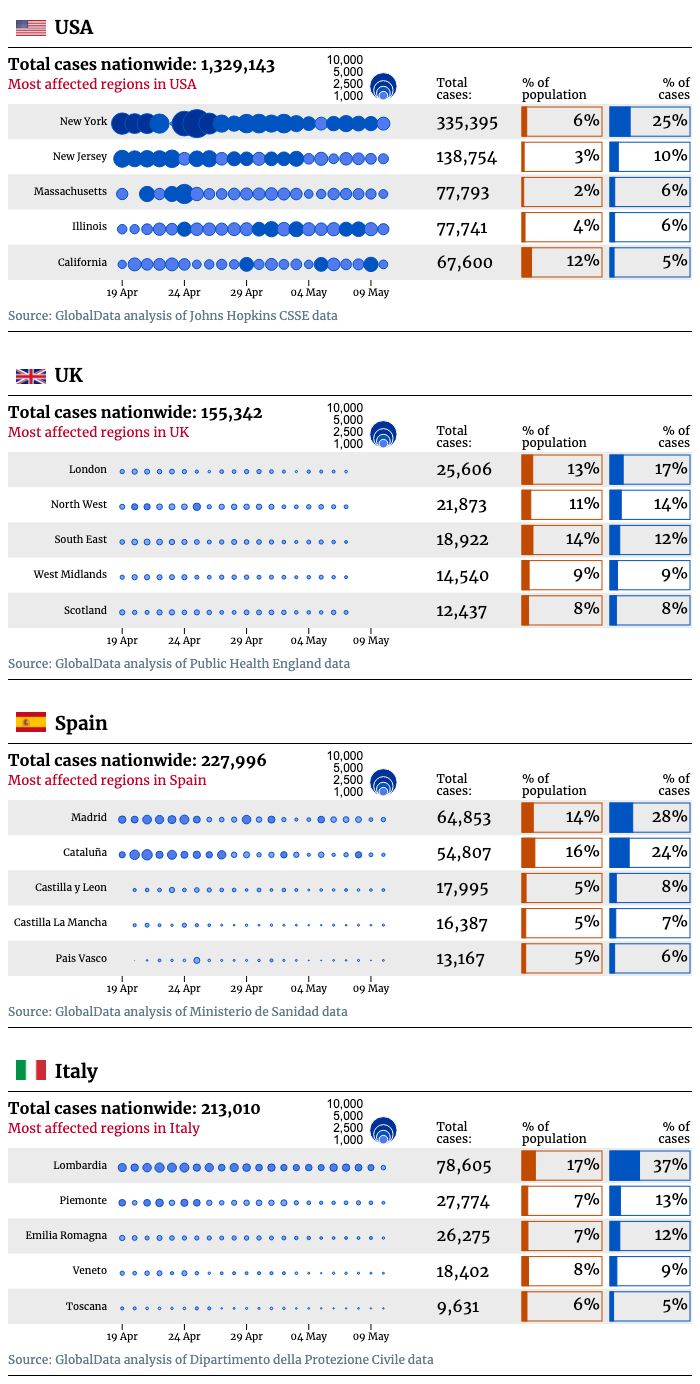