Black men and women are four times more likely to die from Covid-19 than white men and women, new data from the Office for National Statistics (ONS) shows.

After adjusting for socio-economic factors, geography, levels of deprivation, and whether the people who died were already disabled or in ill-health, black males and females were still 1.9 times more likely to die from Covid-19 than white males and females. 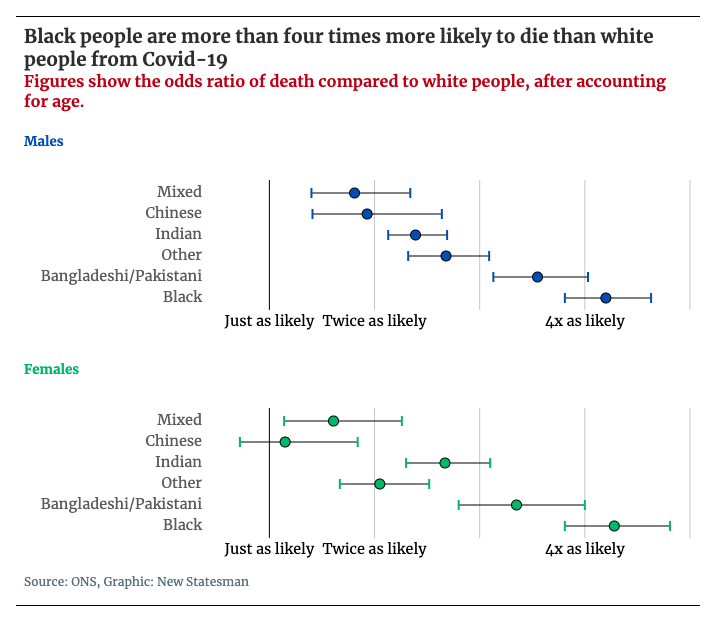 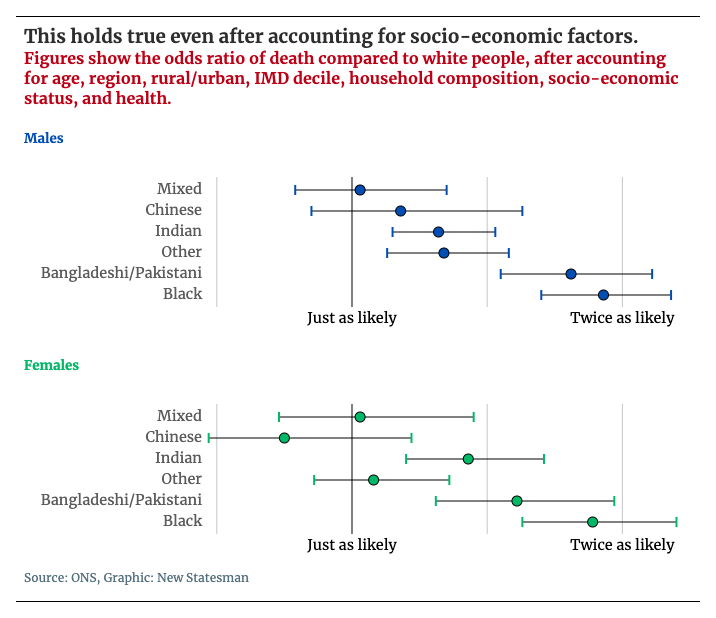 Several factors might account for the gap, which the ONS did not examine in detail. Certain ethnic groups might be over-represented in public-facing occupations, or “key worker” roles that have not been locked down. They might also be more likely to suffer from diseases that increase susceptibility to Covid-19, such as asthma or chronic obstructive pulmonary disease (COPD).

The study used data from the 2011 Census, meaning it might not accurately match the increasing ethnic diversity of the population in 2020.