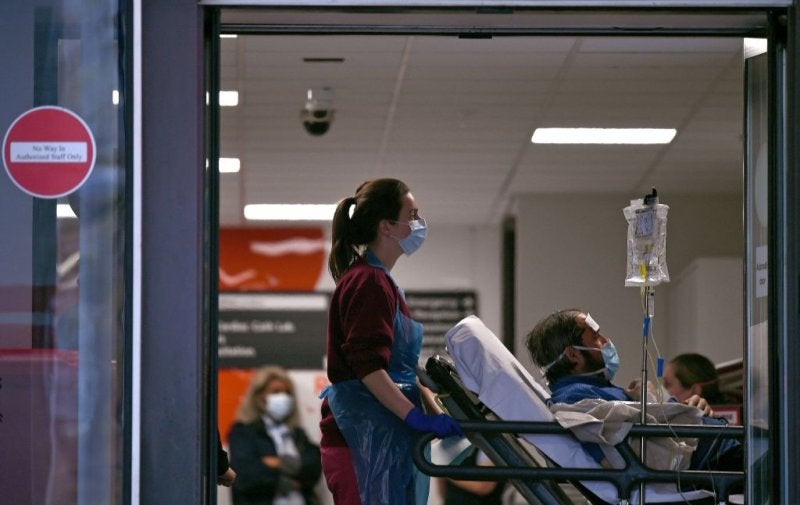 Good morning. After days of focus on protective gowns for healthcare staff, which remain in short supply, the spotlight today shifts to face masks. The government’s scientific advisers will meet later to examine the evidence of masks’ effectiveness at stopping the spread of coronavirus – and ringing in their ears will be a warning from Chris Hopson, chief executive of NHS Providers, that advising the public to wear masks could “potentially jeopardise NHS supply”. The government should only make the recommendation if there is “clear evidence that wearing masks, along with other measures, will deliver significant enough benefits to take us out of lockdown”, he said. The World Health Organization has said there is no evidence to support face mask use among general populations, although it is reportedly set to issue new guidance.

Ministers have dispatched an RAF plane to Turkey to try and force the release of an 84-tonne shipment of personal protective equipment (PPE), including 400,000 gowns. The shipment was initially due to arrive in the UK on Sunday but has suffered a series of delays. Meanwhile, more than half of dentists say a lack of PPE is restricting urgent dental care (UDC). The British Dental Association said a third of UDC hubs in England remained closed, and that patients were being forced to “take matters into their own hands”.

On testing, Downing Street sources have cast doubts on Health Secretary Matt Hancock’s pledge to reach 100,000 daily coronavirus tests by the end of the month. Sources told the Telegraph that the figure was “arbitrary”, “irrational”, and would “come back and bite him”. The latest figures show just shy of 20,000 tests were carried out in the 24 hours to Monday morning, while the UK’s total testing capacity sits at 36,000.

Lastly, proceedings are expected to restart in the House of Commons today, with many MPs attending remotely via Zoom – and Speaker Sir Lindsay Hoyle expects them to follow the normal dress code. Tory MP Michael Fabricant ran a Twitter poll about what he should wear on camera, and one of the options was “my pink shorts”. Hoyle advised him against it. “How one would keep one’s face straight will be a real difficulty, and wouldn’t leave a lot to the imagination,” he told the Times, adding that MPs should “think what’s on your bookshelf, think what else will be picked up in this shot. Because I think, quite rightly, that the journalists will be having a field day”.

US: President Donald Trump will temporarily suspend all immigration into the US, he announced this morning. The move would protect American workers from losing their jobs as the economy recovered from the coronavirus crisis, he said.

Singapore: Singapore reported 1,426 new coronavirus cases, a single day record for the nation that brought its total number of infections to 8,014, the highest of any country in south-east Asia. Most new cases were among foreign workers.

Hong Kong: Chief executive Carrie Lam extended the city’s social distancing measures for another two weeks, saying “now is not the time to let down our guard”.

Australia: Virgin Australia, one of two major domestic airlines, has slid into administration, and is seeking new investors to help it survive. The news comes after Richard Branson, whose Virgin Group part owns Virgin Australia, called for help from the UK government to stop his business going under.

Italy: The number of people with active coronavirus infections fell for the first time yesterday to 108,237, a drop of 20. Prime Minister Giuseppe Conte said the nation will begin easing coronavirus restrictions on 4 May.

Turkey: Turkey surpassed China in total confirmed coronavirus cases yesterday, with infections rising to more than 90,000 and deaths to 2,140, according to government figures.

A tale of three cities: the places transformed by pandemics across history

Why skills are vital for post-Covid-19 recovery