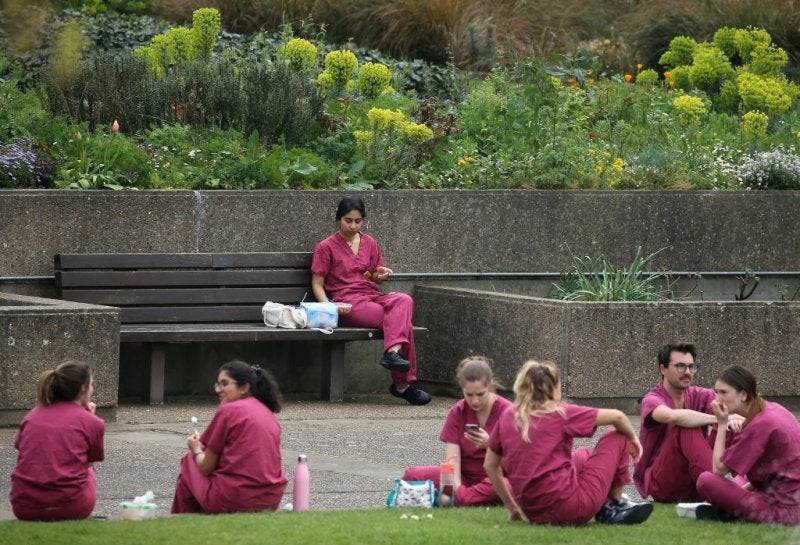 Two separate analyses have this morning shown that ethnic minorities, both patients and healthcare workers, are dying in disproportionately high numbers compared to white people.

The first, from the Guardian, found that 19 per cent of people dying in hospital were from an ethnic minority group, despite these groups accounting for only 15 per cent of the UK population.

The results of the second analysis, from the Health Service Journal, were even more stark: 63 per cent of healthcare workers that had died from the virus were from Black, Asian and minority ethnic groups. Those groups make up 21 per cent of the workforce. Among doctors and dentists, 94 per cent of those that had died were ethnic minorities.

In other news, new figures from the Office for National Statistics (ONS) showed that two industries had been hit hardest by the coronavirus pandemic: first, the hotel and restaurant sector, where eight out of 10 workers had been furloughed and 81 per cent of businesses had temporarily closed, and second, the arts and entertainment industry, where two thirds of staff have been furloughed and 82 per cent of businesses have paused trading.

Scroll down to read all the other news from this morning.