On 10 May Apple’s executives announced that they would discontinue the iPod. The music player, which first went on sale more than 20 years ago, might be nearing obsolescence, but few 21st-century innovations will leave such an enduring impression on the world. By putting “1,000 songs in your pocket” and reviving the Apple brand, the iPod didn’t just transform how people listened to music, it helped to redefine digital consumption.

Fadell left Apple in 2008 just a few months after the iPhone launched. He went on to co-found Nest, a smart thermostat manufacturer which he sold to Google for $3.2bn six years later. Fadell now runs Future Shape, an investment fund whose stated mission is to develop “a future that’s greener, healthier, safer, in which every person enjoys a longer, richer life”. He is a vocal advocate for environmental issues and believes technology has a significant role to play in mitigating and managing the effects of climate change.

Apple is a more climate-conscious company now than it was when it launched the iPod in 2001, but its products have clearly accelerated the growth of digital consumerism. Fadell says that at the time he didn’t predict the impact on the environment of the products he produced. 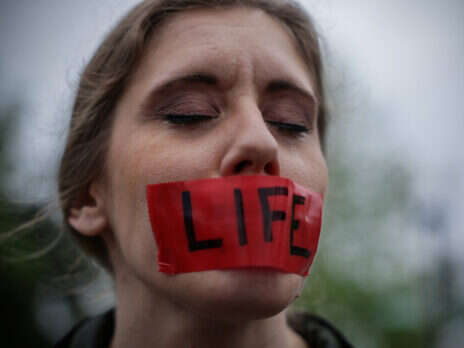 How period apps could be a gift to anti-abortion movements

Apple was struggling before the iPod was released, says Fadell, 53, a frenetic and fast-talking American engineer who describes himself as “mission driven”. The company held about 3 per cent of the computing market in 2000 and Fadell’s team was expecting to sell “some” units, but they didn’t expect the iPod would have a “major impact [on the environment], like an iPhone now”.

He now urges consumers to upgrade their smartphones less regularly. Each new iPhone model “creates a lot of e-waste, if you’re always chasing the latest and greatest,” he said, although he maintains that Apple is ahead of its competitors when it comes to reducing such waste. “Could they be doing more? Sure, of course everyone can be doing more – but at least it’s setting the right tone.” He notes that Apple’s latest software is designed for every iPhone since 2015, and customers can refurbish or sell their old devices back to the company. “There is some circularity getting built into the system, and there’s got to be more there.”

Fadell does acknowledge that in the smartphone gold rush, priorities changed. “In 2008, we got distracted,” he says, referring to the era immediately after the launch of the groundbreaking first iPhone. “We were doing green and then all of a sudden social mobile came and everything needs to be Uber and this and that. We spent all this fast money, because green was going to be too difficult.”

As one of the architects of the smartphone era, he says the technology industry must avoid the “absolutely existential situation of solving problems we don’t have”. He refers to Mark Zuckerberg’s virtual reality ambitions for Facebook and its rebranded parent company, Meta: “I understand what Uber was that brought you value. It was solving a pain in a way. Metaverse isn’t. I see lots of great ideas and uses for virtual and augment reality, for sure. I think that technology is great, just like I like crypto and all these other technologies, but they have to solve a real need. They have to be a painkiller for a pain.”

Fadell’s enthusiasm for cryptocurrency-based platforms is limited to those that are built “in a green way”. He dismisses cryptocurrencies and NFTs that use computationally expensive and energy-intensive calculations to demonstrate proof of work, as Bitcoin does. “That’s not scalable, and it’s not good for the planet,” he says. “I don’t even care if you want to say it’s renewable because you’re using renewable energy that needs to go to other things. I don’t believe in the culture around [cryptocurrencies, NFTs and blockchain] right now. Luckily, that seems to be evaporating.”

Unlike some other proponents of technological solutions for climate change, Fadell isn’t a free-market zealot. He calls for governments to be more interventionist, directing the private sector to accelerate the transition to green energy, and is sceptical of campaigns for the divestment of fossil fuel assets. “We need to regulate all the sales of oil and gas assets,” he says. “You can’t just take them off the balance sheet of your nice transparent public company, and then throw them to some dark web of investors.” Fadell adds that the environmental standards of private owners of oil fields are even lower than those of oil majors.

Governments should, Fadell says, give big oil and gas companies tax credits for shutting down extraction sites: “They’re already subsidising petroleum. They should say: ‘Okay, fine. We’re gonna give you the rest of it. And now you shut it down.’” Is the issue in the way in which we measure environmental, social and governance (ESG) metrics? “It’s still early days,” says Fadell. “There’s still a lot of greenwashing people can do with ESG and we need to get much more pointed about that.”

Ultimately, the kind of excessive consumerism of the last few decades must be curtailed, says Fadell, who recently published a book on the subject called Build: An Unorthodox Guide to Making Things Worth Making. “I do think we need to think about the consumption in fast fashion and these kinds of things. But at the same time, if you can slow down the rate of consumption and get rid of a lot of the waste, we’re going to go back to abundancy. There’s lots of different angles to attack and there’s no one silver bullet to this.”

Future Shape has opened an office in Paris and Fadell says the EU is a good place to invest in green tech, given the strength of its environmental regulations. He is concerned, however, about how the war in Ukraine has exposed the perils of the continent’s dependence on fossil fuel, particularly Russian gas. “People said: ‘Oh, it’s not going to be an issue. We can have Nord Stream One and Nord Stream Two and everything’s going to just be fine. And I think we see that’s not the case, right?”

Fadell says he hopes the crisis will pave the way for “an energy transition to the right new energy, not just transportation of energy from somewhere else. Let’s make the transformation. Let’s not just make more transportation.” Fadell’s optimism is infectious, but as the price of energy rises, investors’ appetite for environmental causes appears to be diminishing. And with Big Tech continuing to pursue innovation for innovation’s sake, the risk is that voices like Fadell’s become increasingly isolated in the years ahead.

[See also: Cryptocurrency is a symptom of the death of the American dream]